Warlord_Lu_Bu Registered Users Posts: 2,499
October 28 in General Discussion
Is also a king... and at war with himself?! did his ascendancy to the throne give him a split personality too?

I beat up and vassalised all the Nanman tribes, came into another bug where Duosi was already a vassal at the start, but I couldn't get his Fealty, so had to betray him, beat him up and vassalise him and then give him all his land back.

Then I noted this guy was a King... and I was like Arooo?! I thought I WAS THE KING... how dare this imposter call himself King of the Nanman but then I saw he was at war with himself! 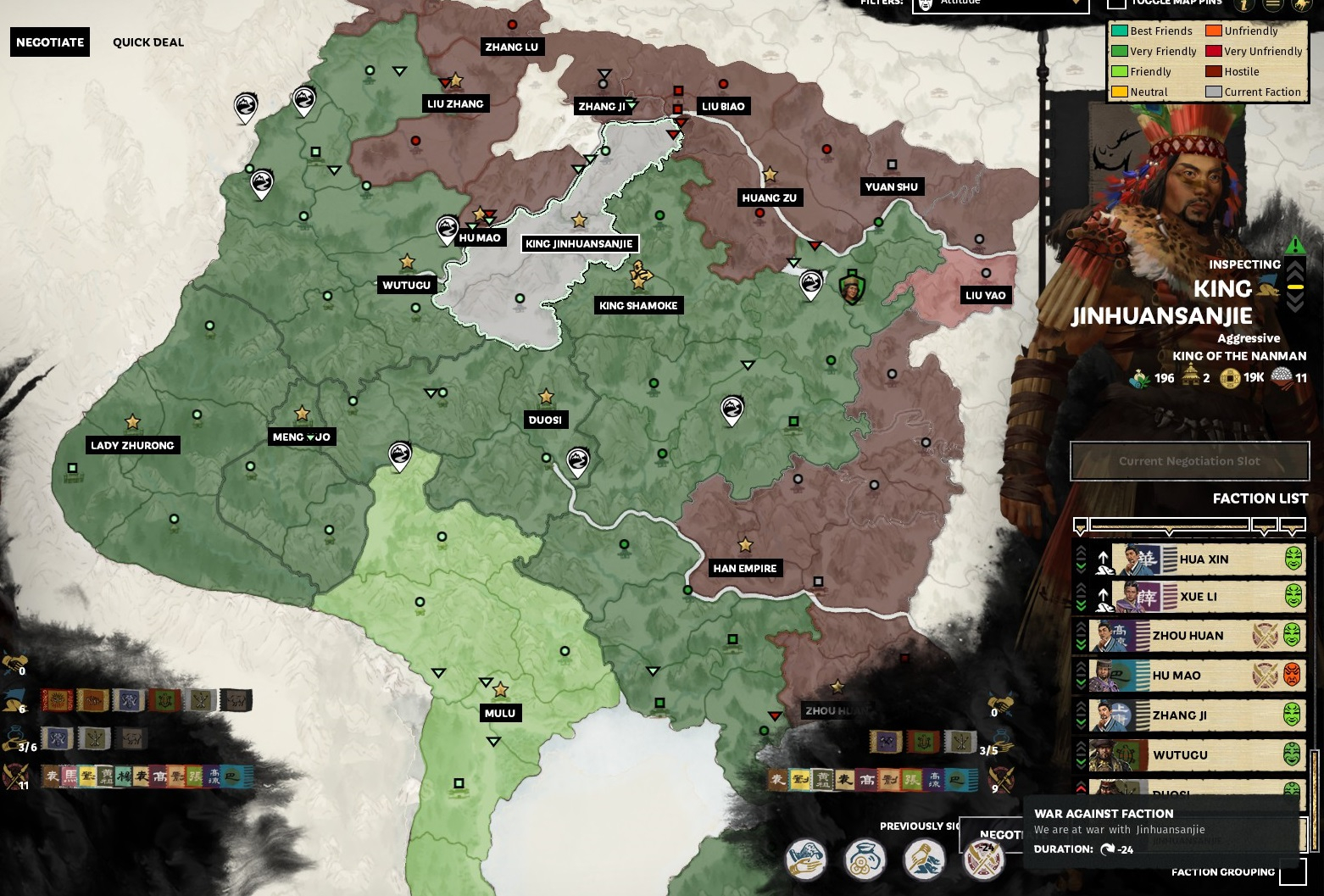 "I am the punishment of Tengri, if you had not sinned, he would not have sent me against you." - Chenghis Khan Temujin
Flag 1 · 1Like