Updated: CTD during loading of battle in area of Pengcheng, occurs during different campaigns.

I'm experiencing a crash after initiating battle or being attacked by specific characters. The game goes into the battle loading screen and when loading is nearly completed, it crashes to desktop without any error message.


Detailed description of what happened before the crash:

I'm providing two seperate save files somwhere between the two of them the problem occurs.

First save file: Turn 39; Quick-save; Battle initiated by Cao Cao in the area of Pengcheng on my army while playing as Liu Bei. Everything seems to be in order here, battle loads correctly.

Second save: Turn 45; Standard-save; Liu bei and compatriots are attacking Pengcheng, Cao Cao is holed up in said town. After ending the turn Cao Cao will sally forth and attack the player. Trying to play the coming battle will result in CTD without error message.

Crash to desktop occurs in any battle between armies containing specific characters. The location of said battle or who initiates it (AI or player) is irrelevant. In this save file i'm attacking the town of Pengcheng, clicking end turn will result in Cao Cao "Sallying forth" and thus initiating battle. Pressing play battle results in the loading screen which, when almost fully loaded crashes to desktop.

It should be noted that if turns advance (for example to turn 50) and a battle occurs somwhere else on the map between these characters it wuill also CTD when loading the battle. Battles involving other characters/armies seem to function as normal.

Somewhere between turn 39 and 45 something went awry and rsults in a bug where any battle involving the previously mentioned characters results in an CTD.

Thanks for looking into it.

After staring a new campaign playing Kong Rong, I once again found myself in battle in the Temple are of Pengcheng. After being attacked by Cao Cao affiliated characters the battle loads and like before it crashed to desktop before loading (please see attached screenshots). 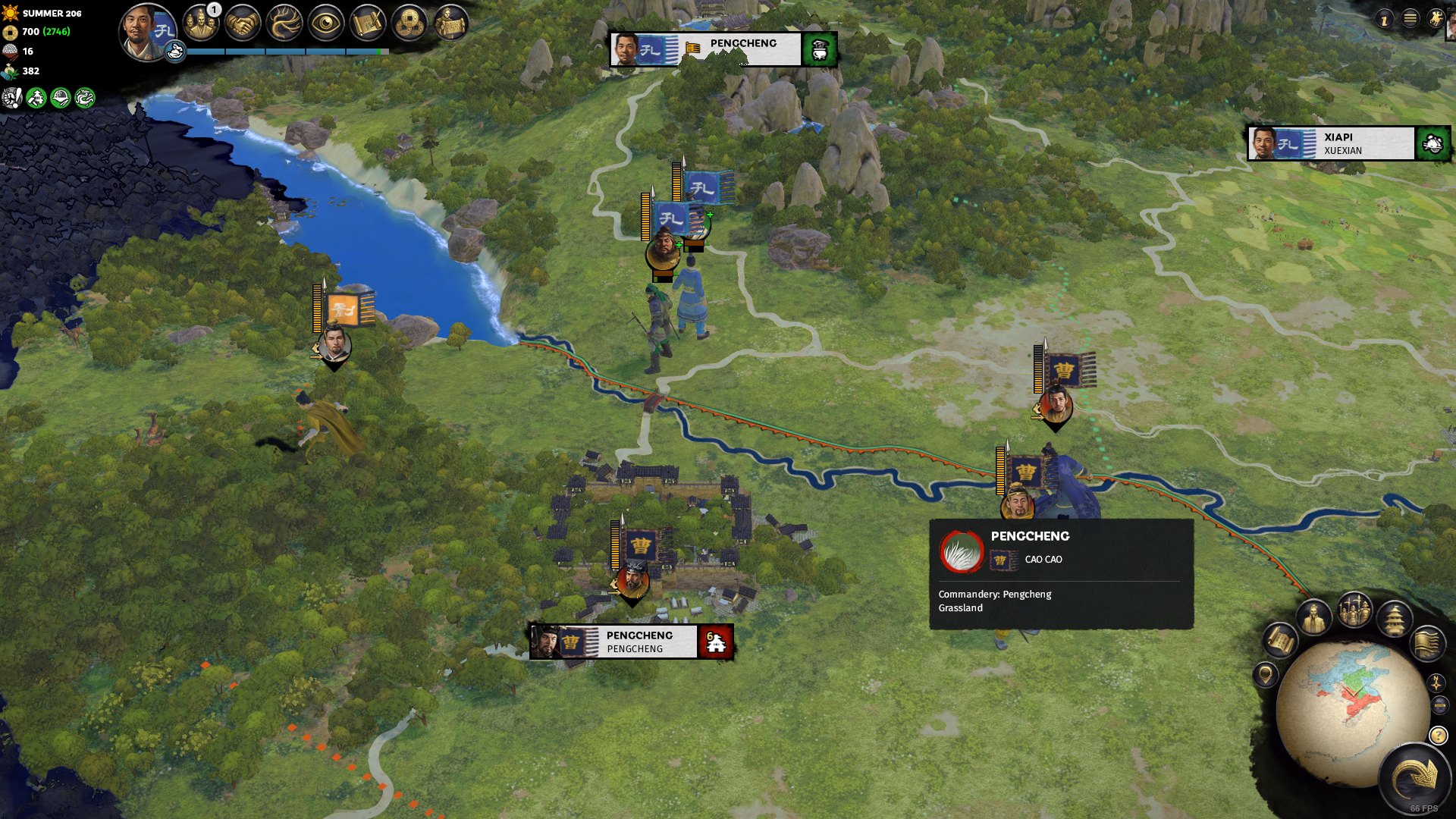 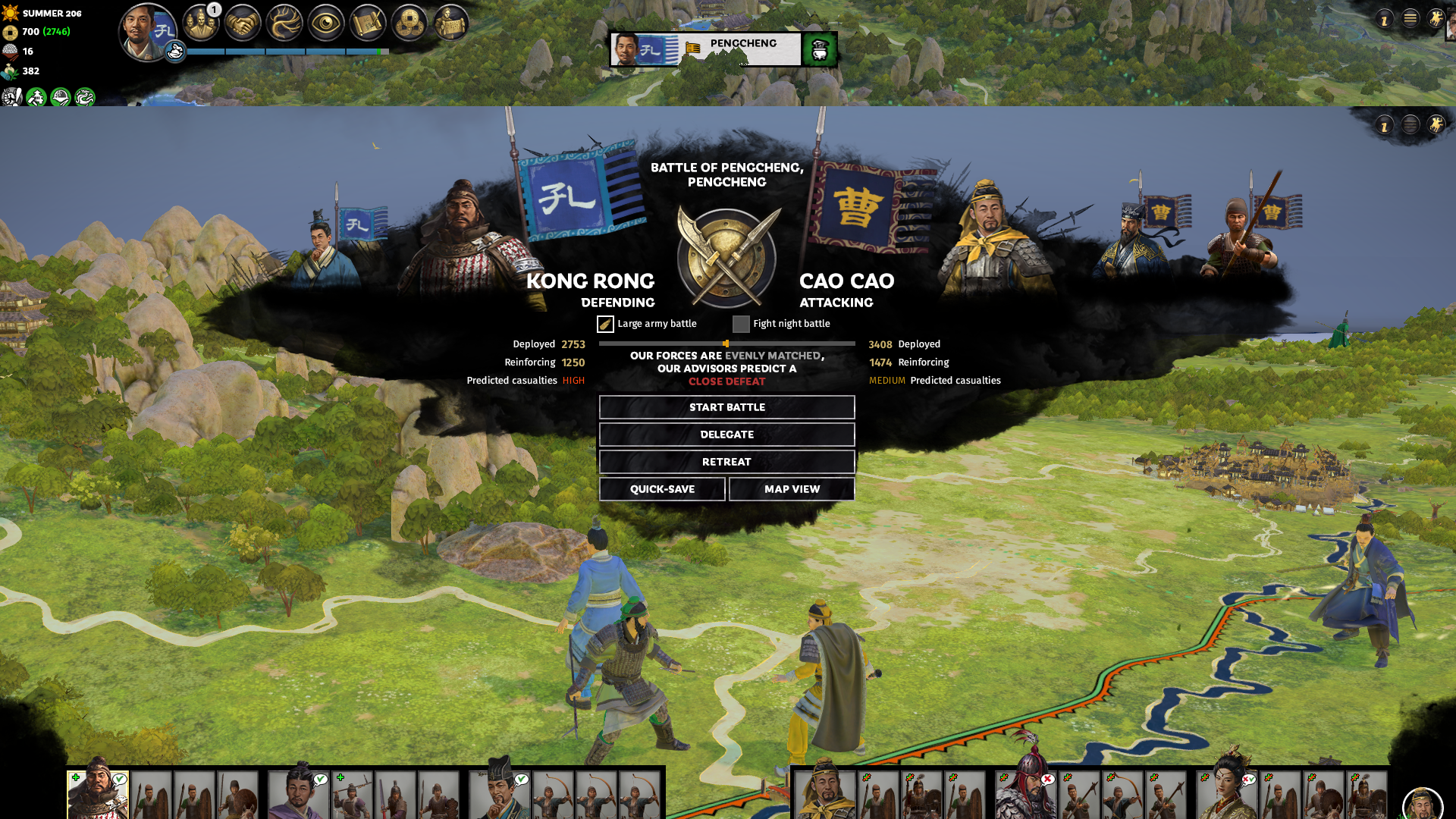 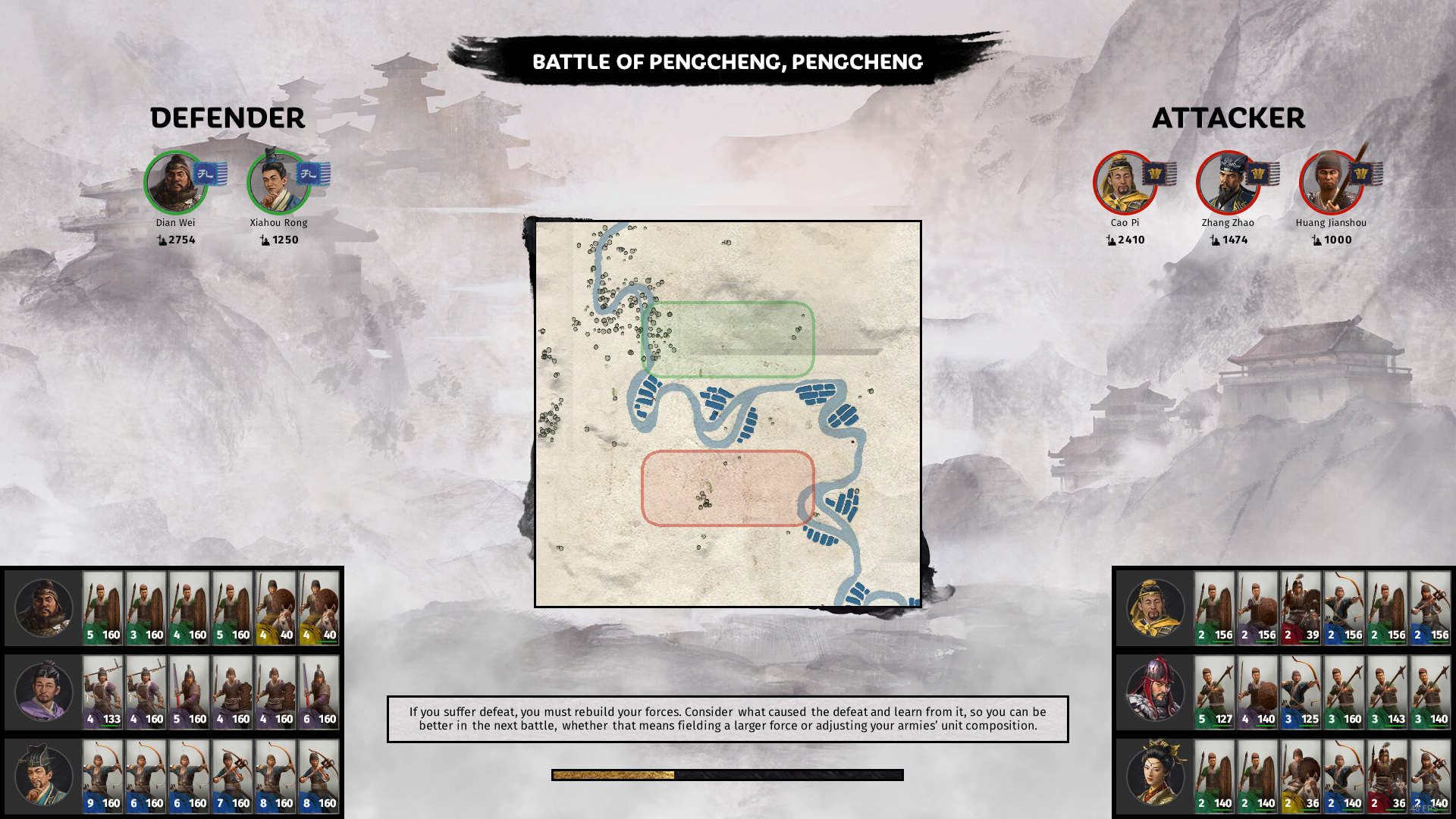 Loading the battle, this is where the CTD occurs. Loading just about finishes and then a CTD occurs.

Playing the approximate area (X: 593 Y: 347) in custom battle does not result in crash.

New save (the autosave one) file and minidump also added.

It seems that there is a bug with that specific area.

Thanks once again for looking into it, if any further information is please ask.