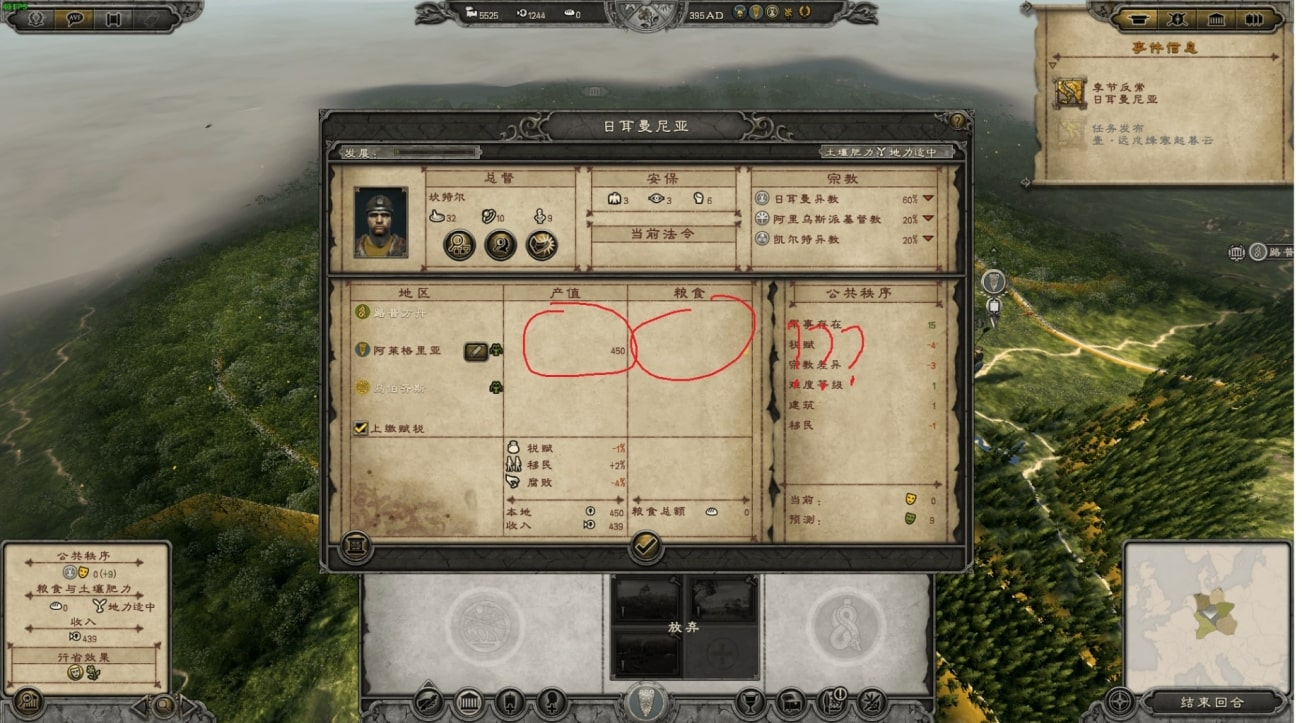 Hi, Im a Chinese Player. I need some help for this Ui bug.
First im sorry about my English , i need use Google Translate.

As a Chinese player, I used to love this game very much, from Rome 1 to the latest Three Kingdoms, I have always loved it.

I downloaded Attila the day before yesterday and only installed the Chinese Mod. It was normal at first, without any abnormalities. As shown in the red circle in my picture, it is the detailed information of the province. It should show some picture UI of bread and minerals. It showed normal after a few hours of playing, but as I manually controlled several battles Later, (about 2 hours) I opened the provincial data again and found that the bread picture UI and mineral picture UI were no longer displayed. During this period, I did not quit the game and kept playing.

After that, I kept deleting the game on Steam and deleting the Chinese Mod. Even then I opened the newly installed Attila without any Mod again, it still no longer displayed, just like the picture I put, it was empty. I used all the methods and it still hasn't changed. Now I have a headache. I asked for help on the Chinese forum in China, but it didn't work. I thought of this. I hope everyone can help me, thanks !!
Post edited by BillyRuffian#6250 on February 2021
Flag 0 · Disagree Agree
Sign In or Register to comment.