Some bugs found by me

chigiran Registered Users Posts: 5
February 2021 in Multiplayer Bugs
Hi guys, this game is already developed for a pretty decent amount of time, but there are still some old bugs and new ones.
I don't know what your testers are doing, but definitely, they are doing their job not very precise.

Bug both in sp and mp, some problems with calculations of imperial supplies points.
All actions are made during the same turn.
There are 50 turns left before I attack. 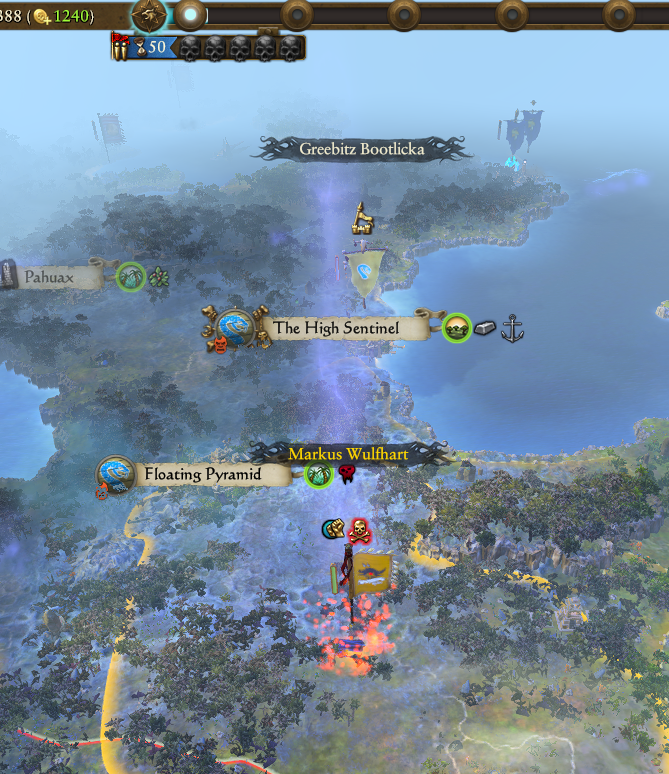 next I sack this city: 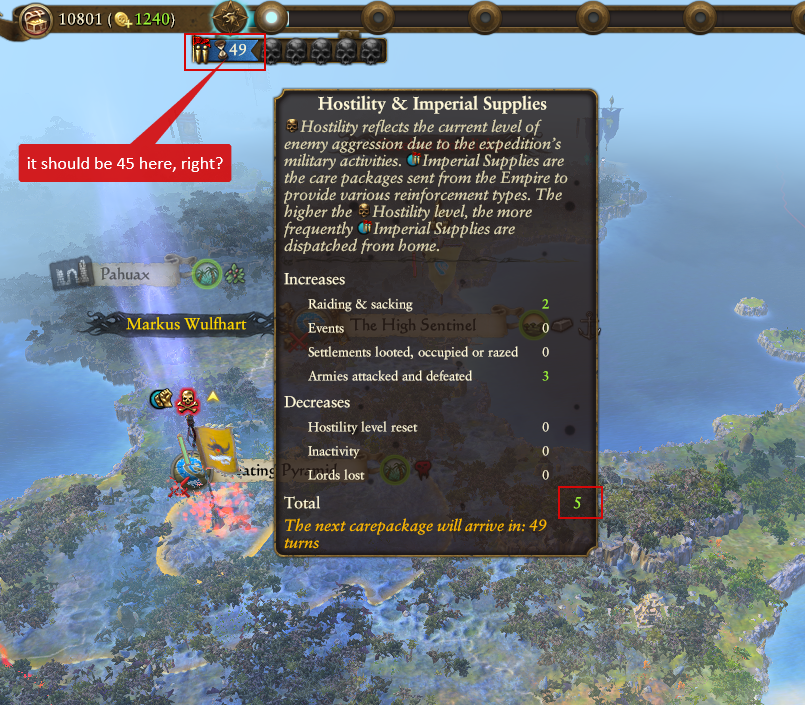 The number changes to 49, instead of 45.
next I occupy the city 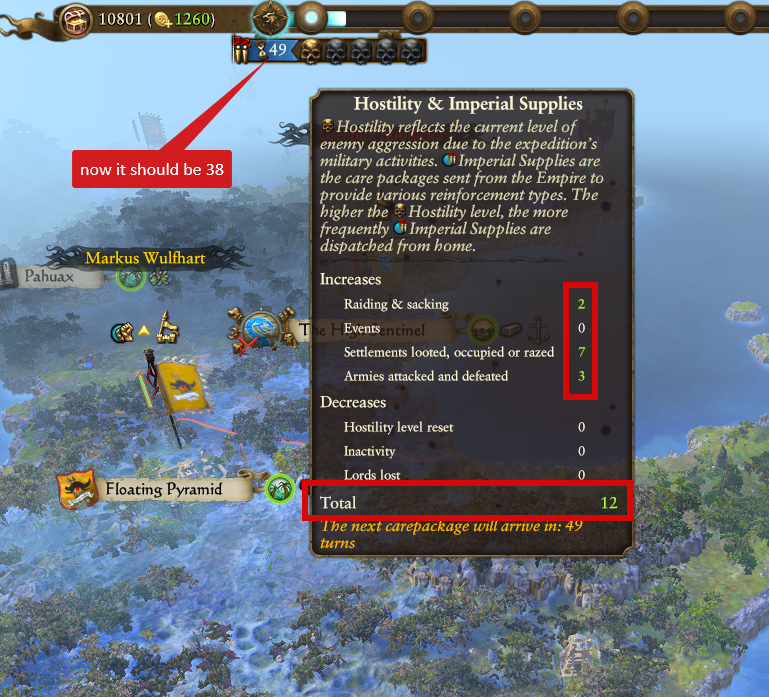 As you see I received only one supplies point for all these actions.

Also when you land an ambush on someone - isn't it an attack on someone?
IMO it should give points for armies attacked and defeated as well.

When a legendary lord of some faction is imprisoned and you confederate that faction, you lose lord forever.

Player see every faction he borders with a sea or land. But AI cant see anyone he borders overseas or by land even if they are nearly on some faction territory. Here some examples: 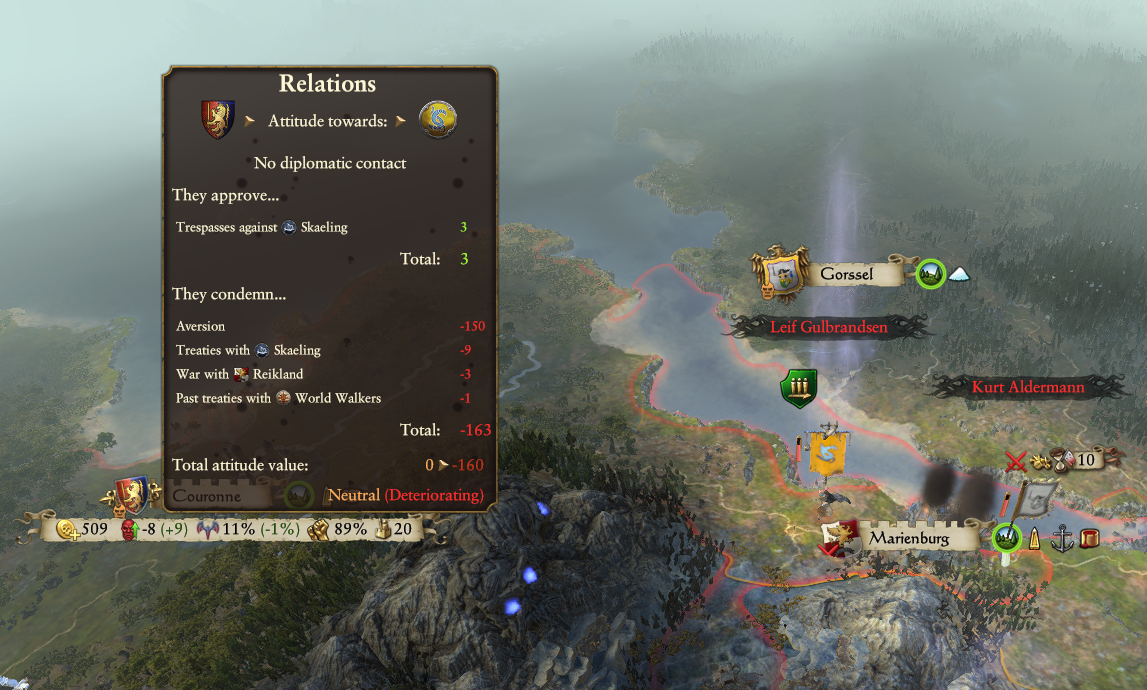 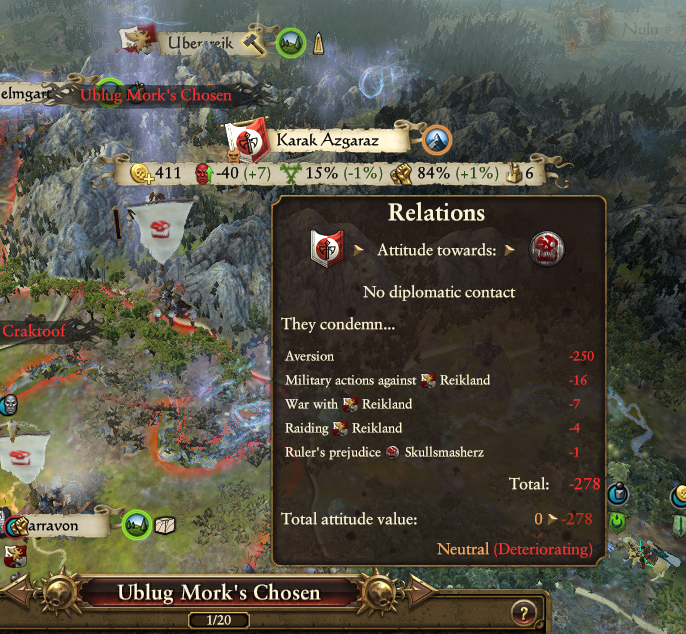 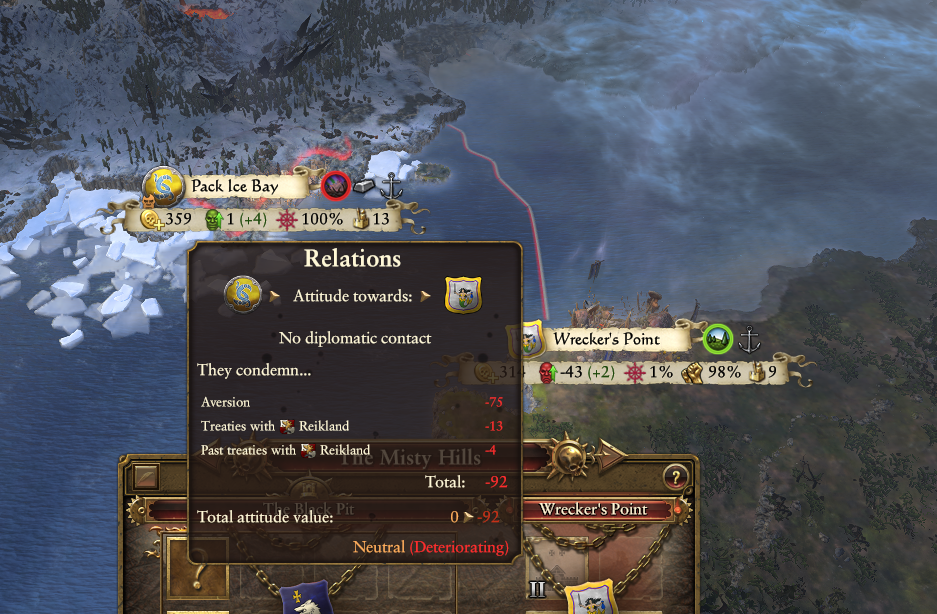 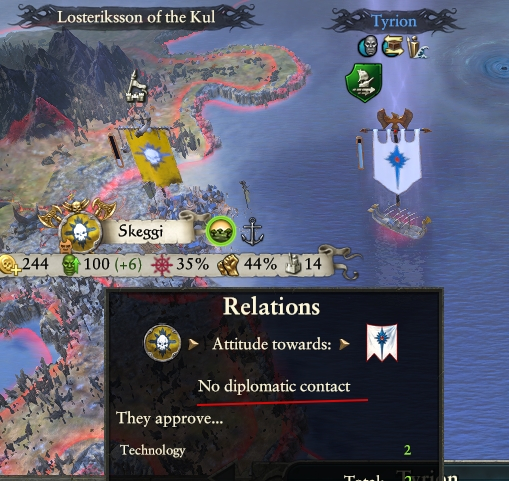 IMO this ruins a MP gaming experience, not with other lore enemies...

When applied there is a strange behaviour of movement points for different lords. One turn you have 50%, other 100%. Definitely, waagh itself slows down a lord but it should be the same for all lords and turns..
Also, when you have 50% move points on the start of your turn after you reach 0% you can use ambush stance for free, without losing any move points. It can be somehow connected with using a forced march turn before.

Also, there are some other bugs I have already forgotten about. Would be great if you will implement in WH3 a form where you can instantly make a bug ticket for developers.