Malalforthewin Registered Users Posts: 455
February 2021 in General Discussion
Slaanesh and Nurgle are two of the core factions of game 3 and many have speculated that N'kari and Kulgath would be their core LLs.

So I was just curious, does anyone knows of any kind of artwork depicting them specifically ?

Because I think we can all agree that greater demon LLs should differ in style from other generic greater demons, so that they are easily recognisable. We don't have that problem with Skarbrand (skull-face and torned wings) or Kairos (two heads).

These images are the only things I could find :
Kulgath : 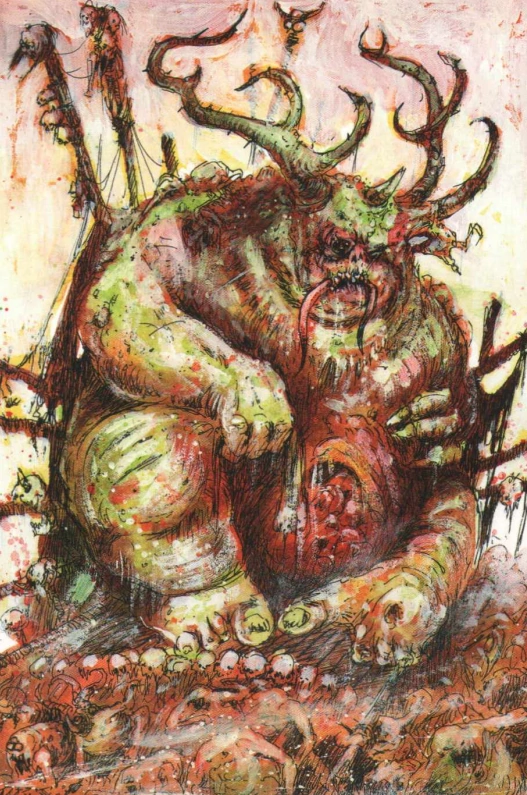 So maybe bigger horns for him? Maybe also a sack full of nurglings to throw (just-like the troll hag) ? He is also known to hate the dwarfs, so maybe he could use a broken dwarf bell or part of Dawi architecture as a weapon ? Maybe he could also carry a desecrated Book of Grudges from a long since fallen Karak ?
N'kari : 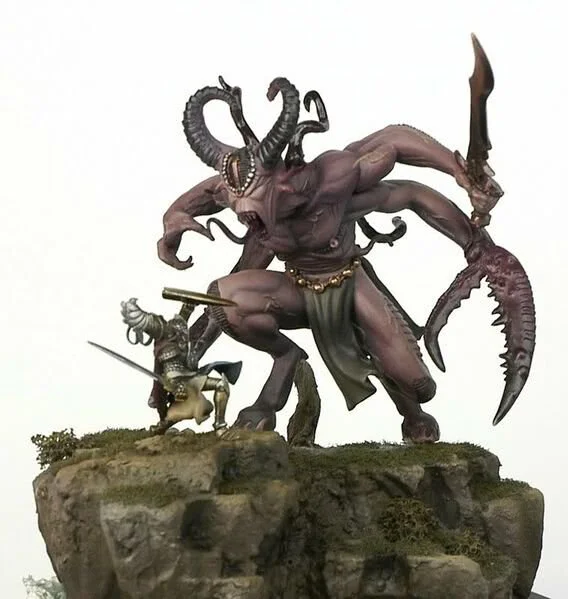 I don't see much difference with other Keepers of Secrets. So maybe adding some ornements or jewelry reminiscing of Elves he killed/corrupted (the race he always fights) ? Maybe an helmet or a cloak with fake phoenix feathers to mock them ? Maybe a reference to dragons or red ruby, as they are pretty proeminent in HE ?

This thread is as much about finding information as it is about speculating about a cool look for them.
Tagged:
Flag 4 · Disagree Agree