Skaven is the second most favorite race, 15.5% people pick them 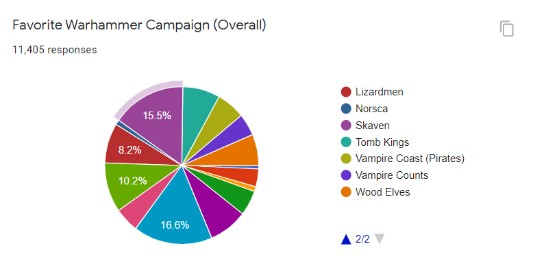