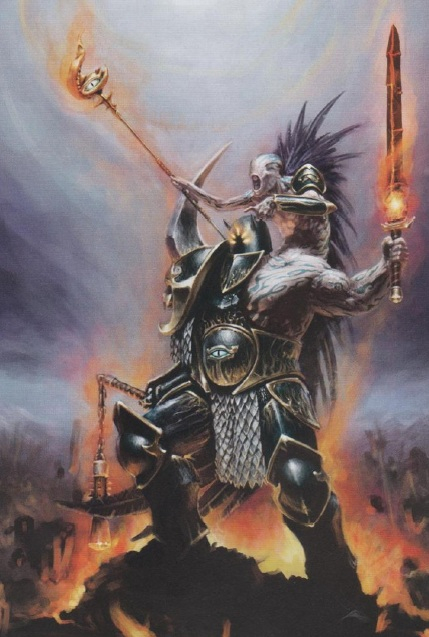 "Vilitch the Curseling, also known as the Master of Misrule, and the Twisted Twin, is a mutant sorcerer of Tzeentch, permanently fused to his more muscular brother, Thomin."

Lore:
Once there was born a pair of twins; one healthy, strong and good to look upon, and one wretched, weak and tiny. Though the tribe’s leaders expected the wholesome son to become a great warrior, it was the runt Vilitch who was to change their fate forever.

The twins had a difficult birth, and their mother died soon afterwards, for it took all her strength to nourish the greedy infants. As they grew up, Thomin - the thriving twin - excelled in the hunt, and soon rose to lead the tribe’s youngest warriors. The weakling Vilitch, on the other hand, was universally despised for his ugliness and frailty. He was forced to perform his dead mother’s chores and, humiliatingly, was denied the use of a sword. Thomin used to beat Vilitch for the slightest infraction and, despite the runt’s pleas, his father would not intervene.

As they grew up, Thomin became well-muscled and athletic, quickly learning the ways of the warrior. Vilitch barely managed to scrape by as an apprentice to the tribe’s shaman, where he learnt a few meagre cantrips and a little knowledge about the powers that dwelt beyond the veil. Every night, the runtling prayed fervently to Tzeentch to reverse their fates, to make him the strong one and his brother the slave. The Great Sorcerer, who delights in anarchy, eventually agreed to Vilitch’s selfish request.

One Geheimnisnacht, when the Chaos moon passed close to the world, Vilitch awoke to find that his body and that of his sibling Thomin had melded together. His brother’s intellect had been added to his own, and there was nothing left of Thomin’s mind save for a drooling automaton enthralled to Vilitch’s command.

The grotesque fusion of warrior and runtling that staggered out of the twins’ tent glowed with the power of baleful magic. Vilitch’s budding magical abilities had been enhanced a hundredfold, and the hulking body to which his withered frame had been fused was possessed of diabolic strength. Laughing maniacally at his newfound powers, Vilitch embarked upon a bloody killing spree, sending crackling arcs of pure change into those who had looked down upon him in the past and forcing the body of Thomin to throttle any who tried to stop him. By the time the sun set, the village had been consumed by sorcerous fire and the streets ran with molten flesh.

But Vilitch’s story did not end there. The malformed sorcerer-twin hunted down all of the warrior elite of his tribe and used his dire powers to enslave their minds, making them little more than walking puppets that lived and died according to his whims. Now, wherever the Curseling plots and schemes to further his own power, a band of hard-bitten veterans marches at his side, each of them under the fearful command of the disturbing creature that they know only as the Twisted Twin. 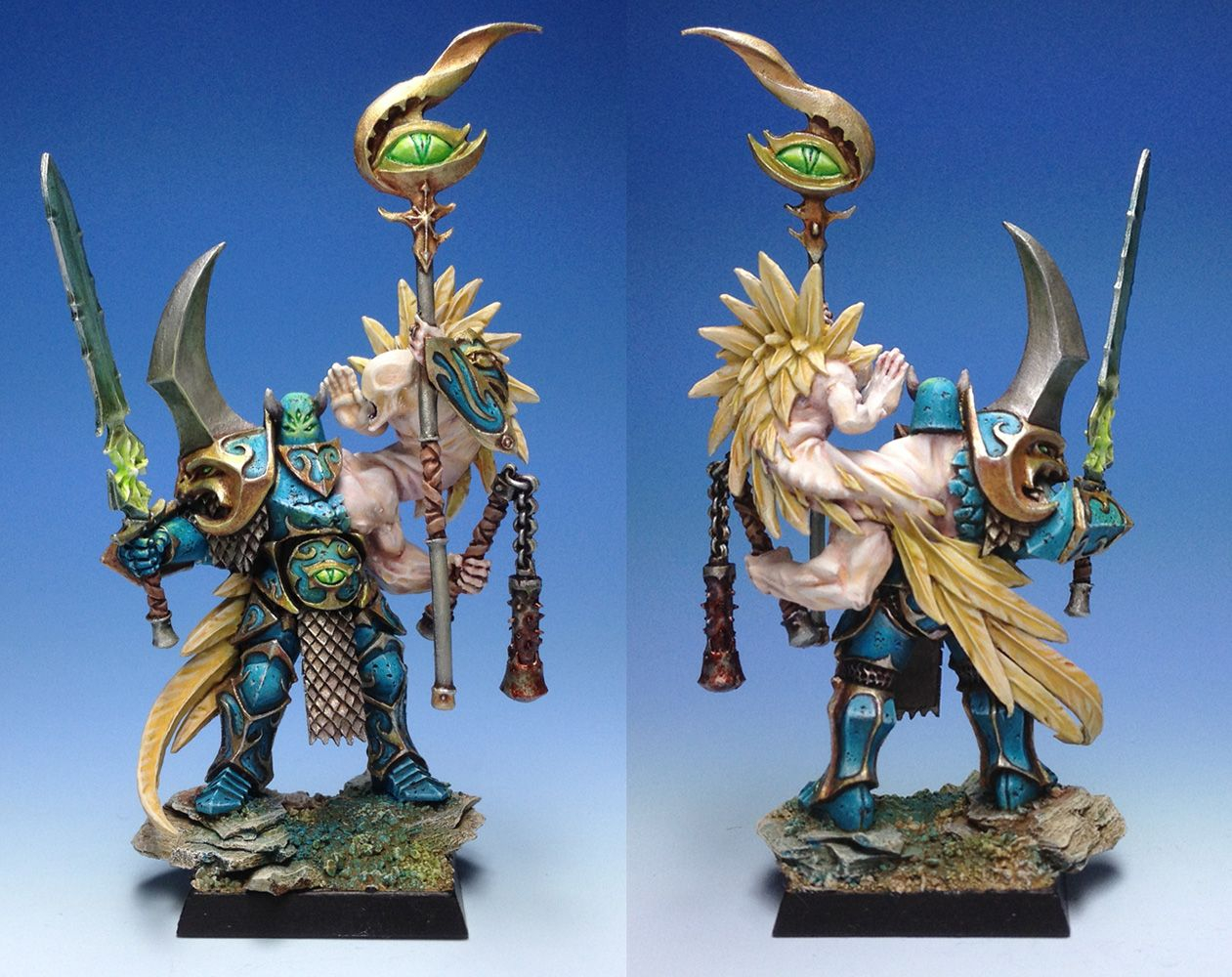 Magical Item:
Vessel of Chaos:
Vilitch enjoys the patronage of the Great Sorcerer himself and as part of Tzeentch's fickle plans, he has gifted the Twisted Twin with a dark crucible - a powerful artefact that is able to harness and store a great reservoir of unstable magical energy.