DarkLordD Registered Users Posts: 2,579
March 2021 in General Discussion
Hey everyone, I had a rather hard to found out question.


For example, lets look at this battle 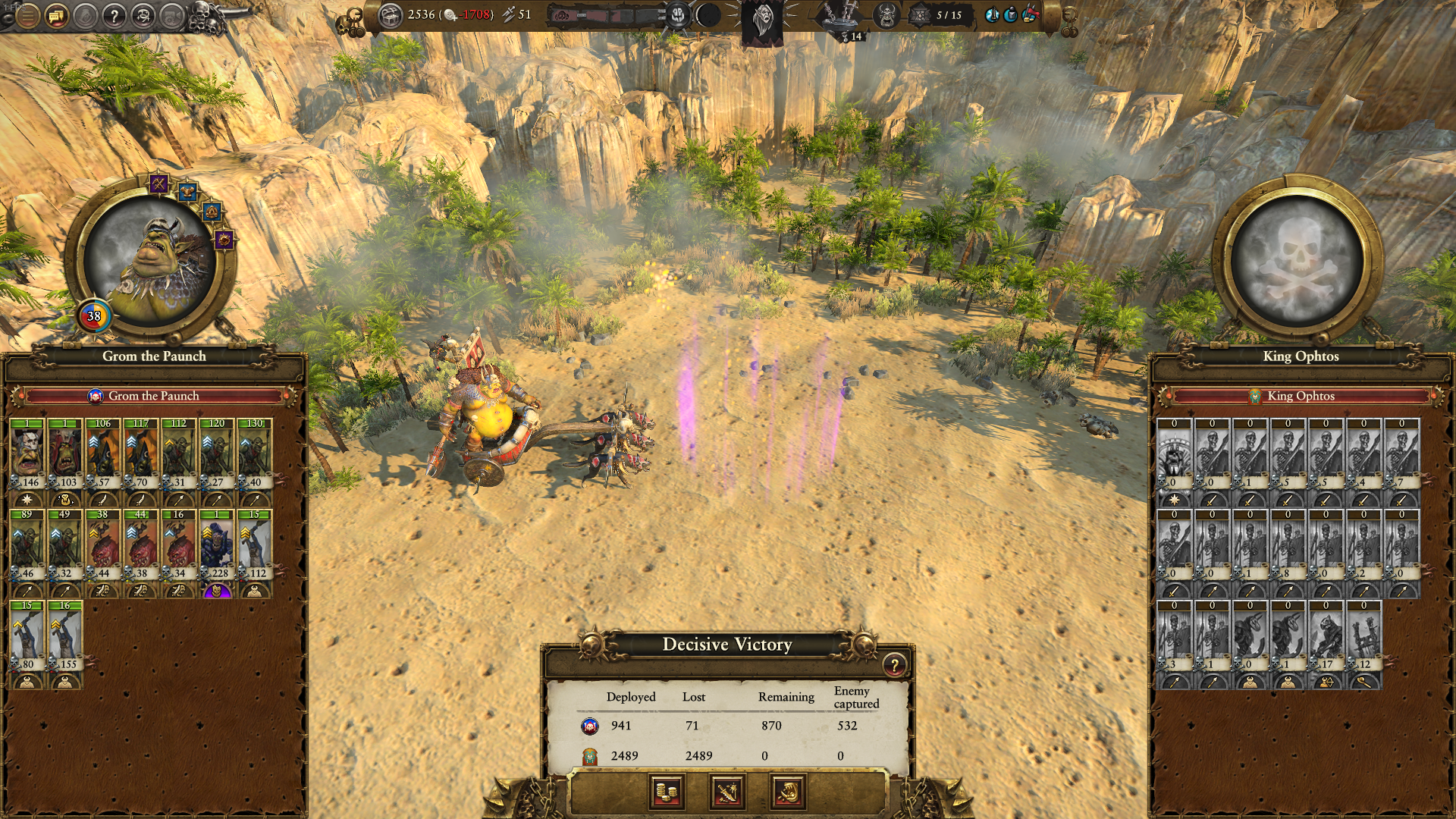 The Orc Shaman (old blacktooth the second) has some AWESOME HARDCORE BUFFS. My question is, how much kills do you think the buffs will represent if you use them hard ? Stuff like +40 MA is not nothing.

In numbers, how much would those buffs alone represent in actually extra kills BECAUSE of the buffs.

I know its kind of an impossible question, but never hurts to ask and discus these maters here, am I right ^^ ??


Gotta love Orc shaman as underling in my Goblin army. hahaha the other orcs must LAUGH at him so hard. Ruled by a FIERCE GOBLIN mhuahuauaua ! love the buggers.
Dark Lord D the Fearsome (I) ~~~ First Dark Lord of the Old World.