Right now it doesn't take into consideration the capture chance of your three generals but only from the leading one but there is no mention of it only being applied "when commanding", instead it's "this character". (Which makes it unclear whether or not it should apply to the whole army - which would be "the obvious" - or just the army when you're commanding) 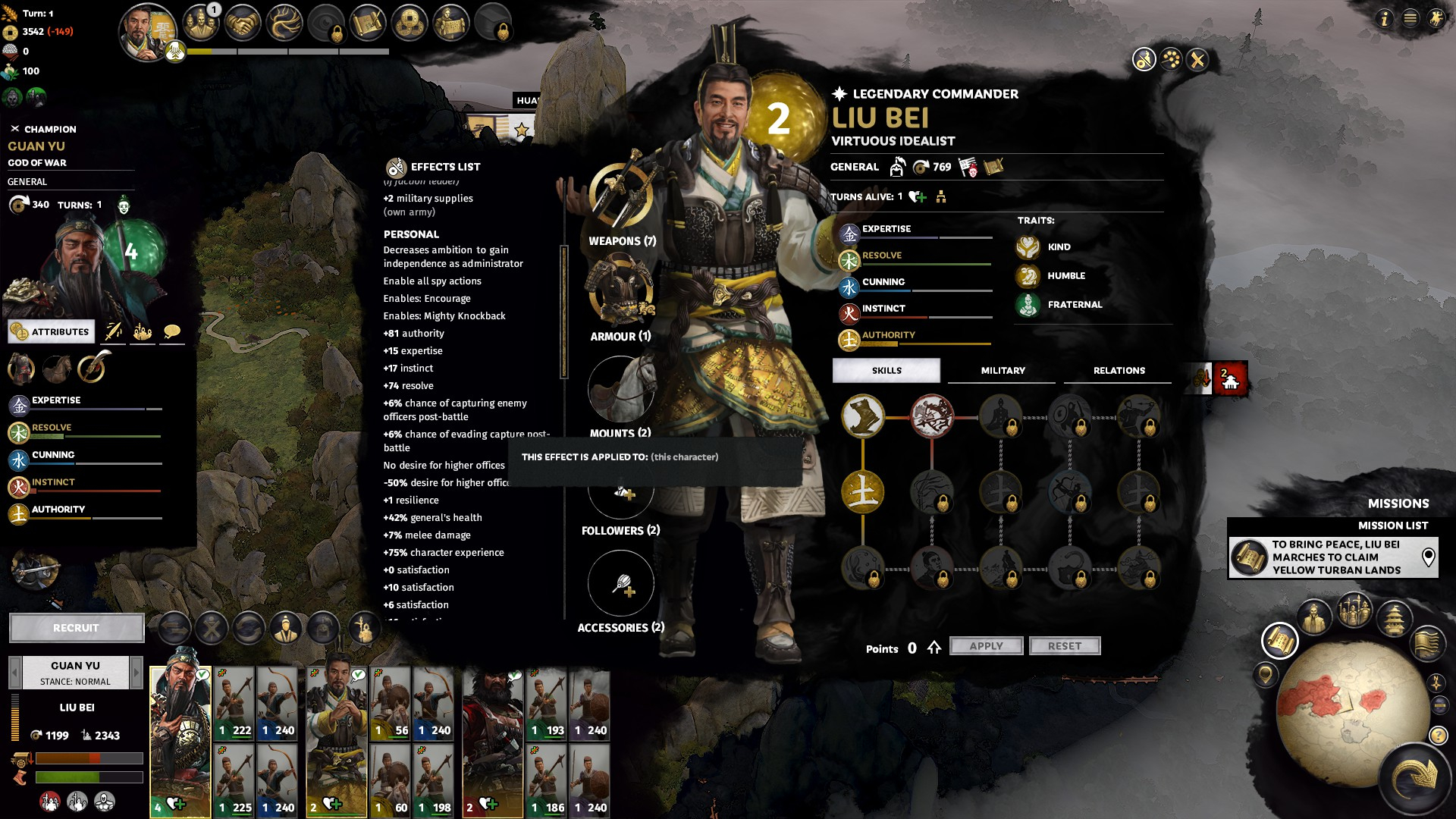 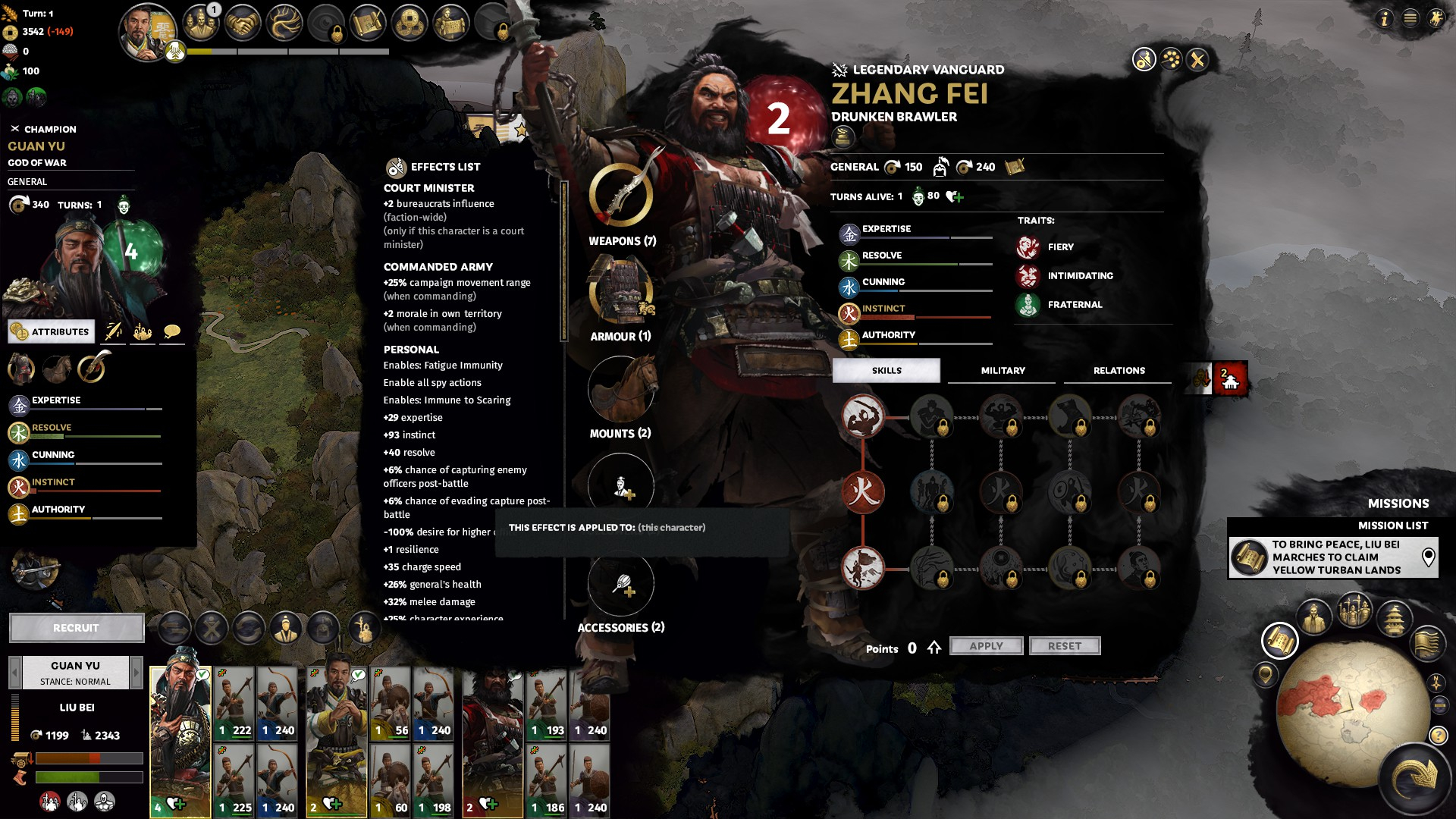 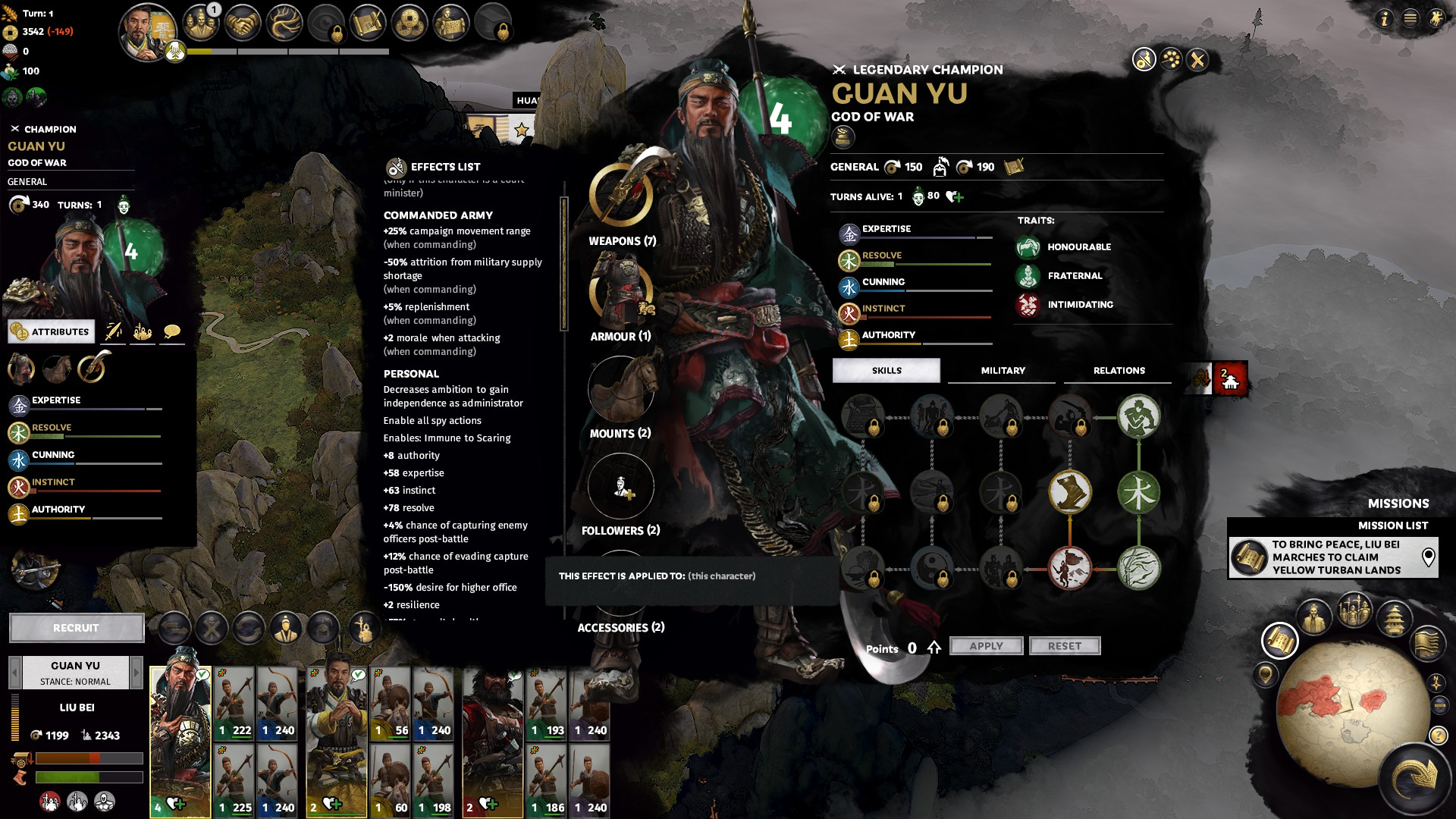 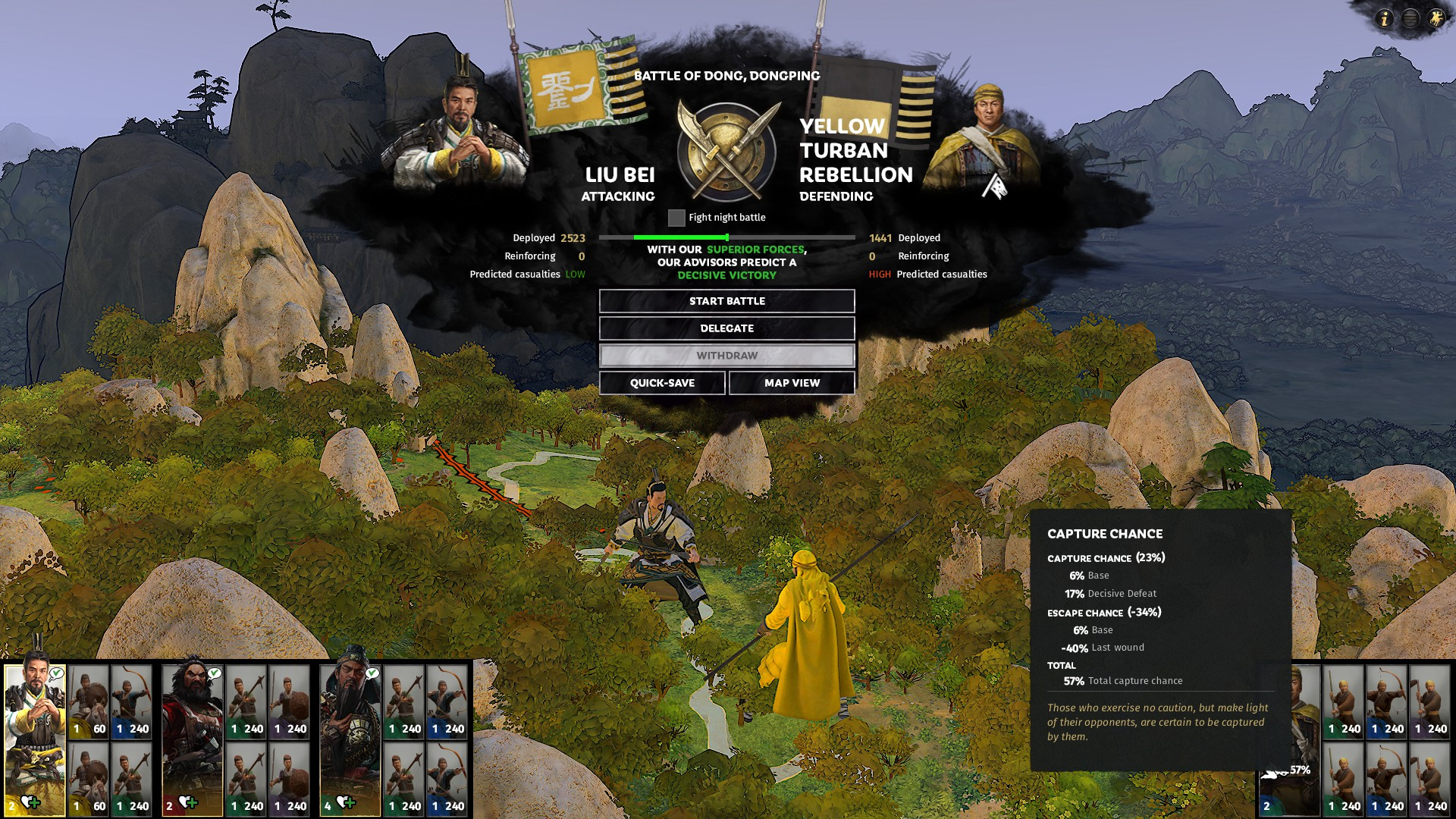 However you will notice that with Liu Bei leading the army the "Base" capture chance due to the characters is "only" at 6% (so Liu Bei personnal capture rate).
If you put Guan Yu in charge of the army... 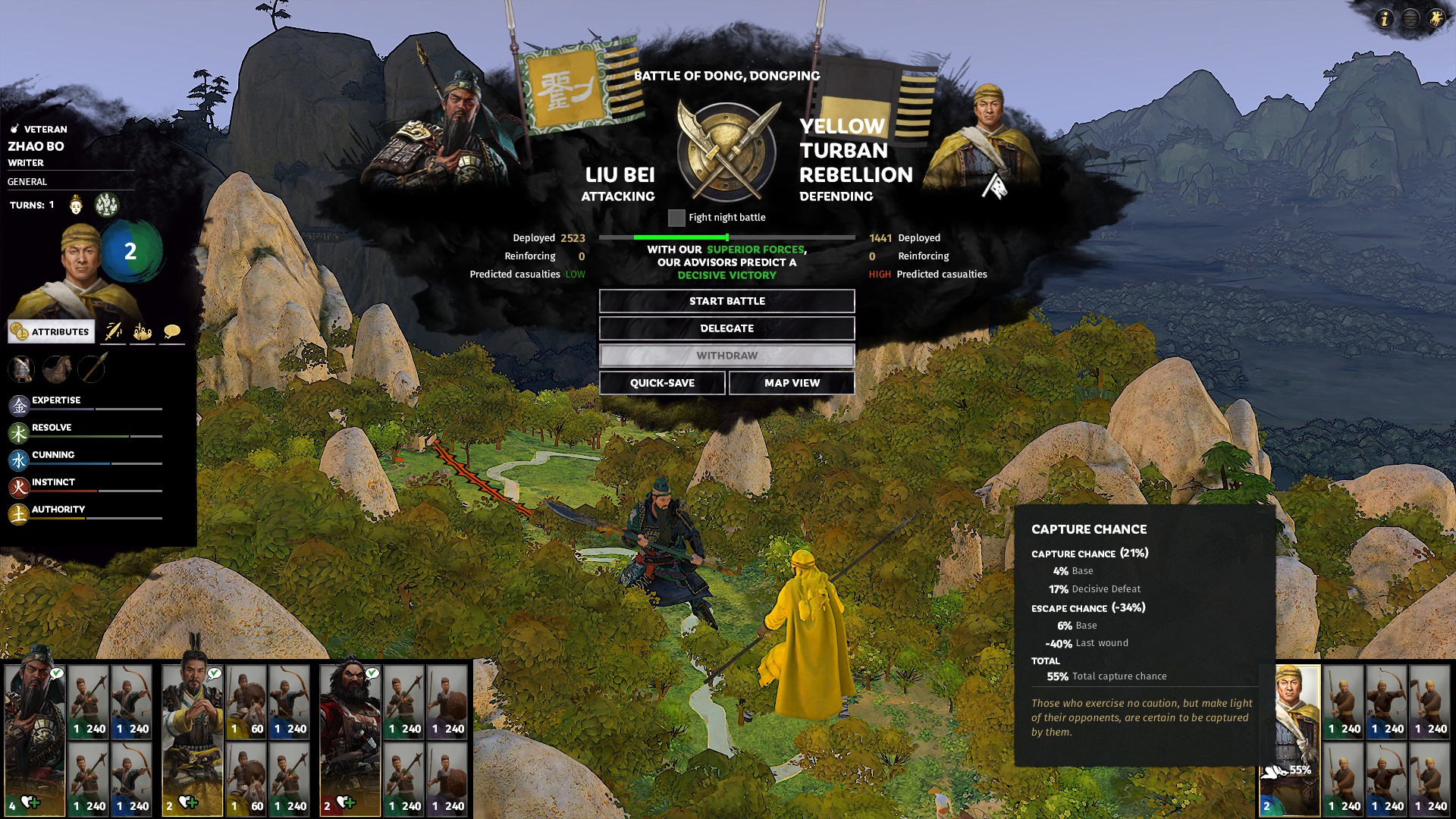 
Steps to reproduce : load up a new Liu Bei campaign (you can do it with everyone tho since I believe most factions have a turn 1 fight), Attack the Yellow Turban Army next to you and check the capture chance.


Suggested actions (which I've actually tested) :
- Either make it clear that the buffs to capture rate are only applied to the lead commander of an army such as by using the "character_to_character_own_when_commanding" effect_scope 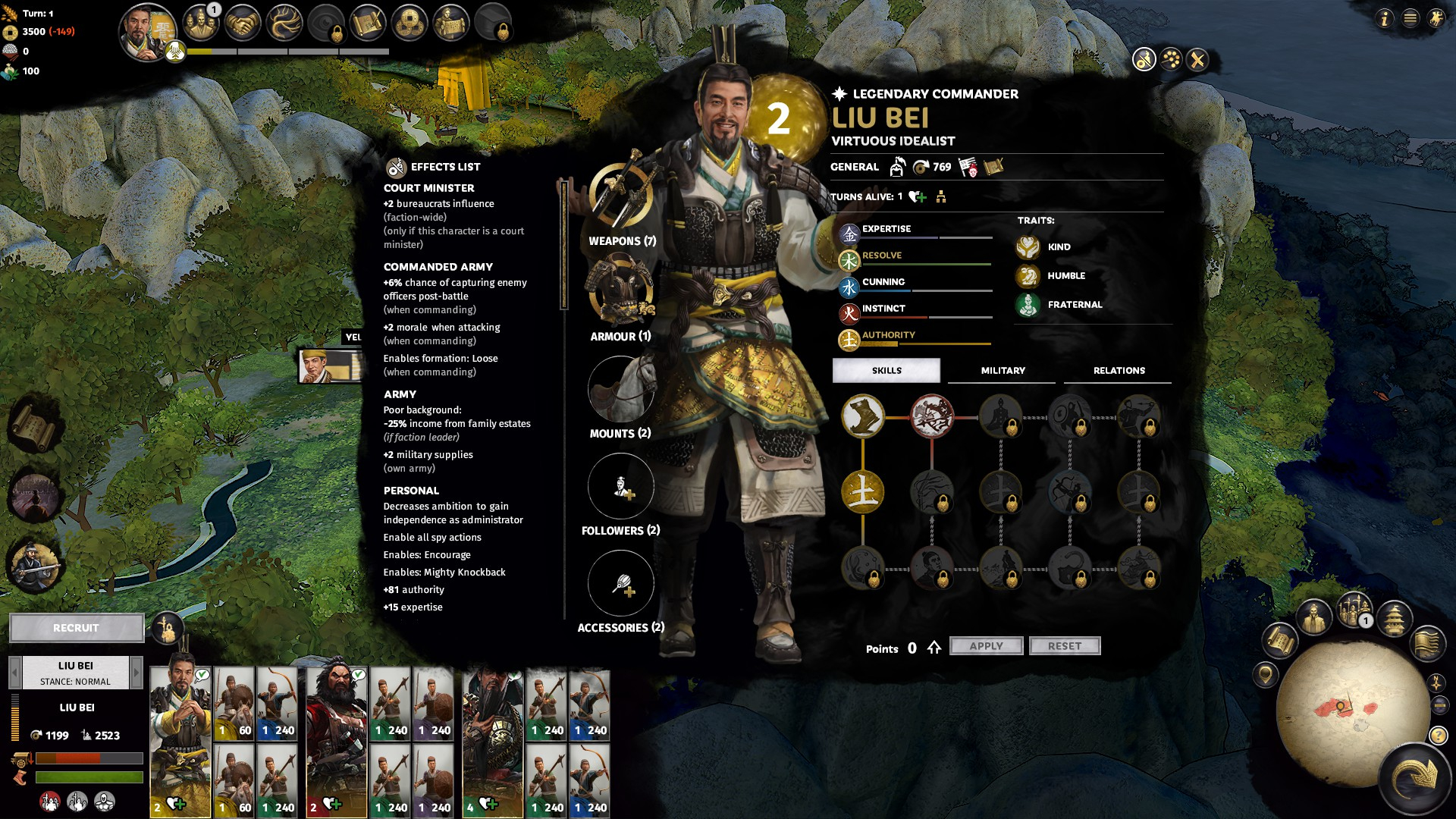 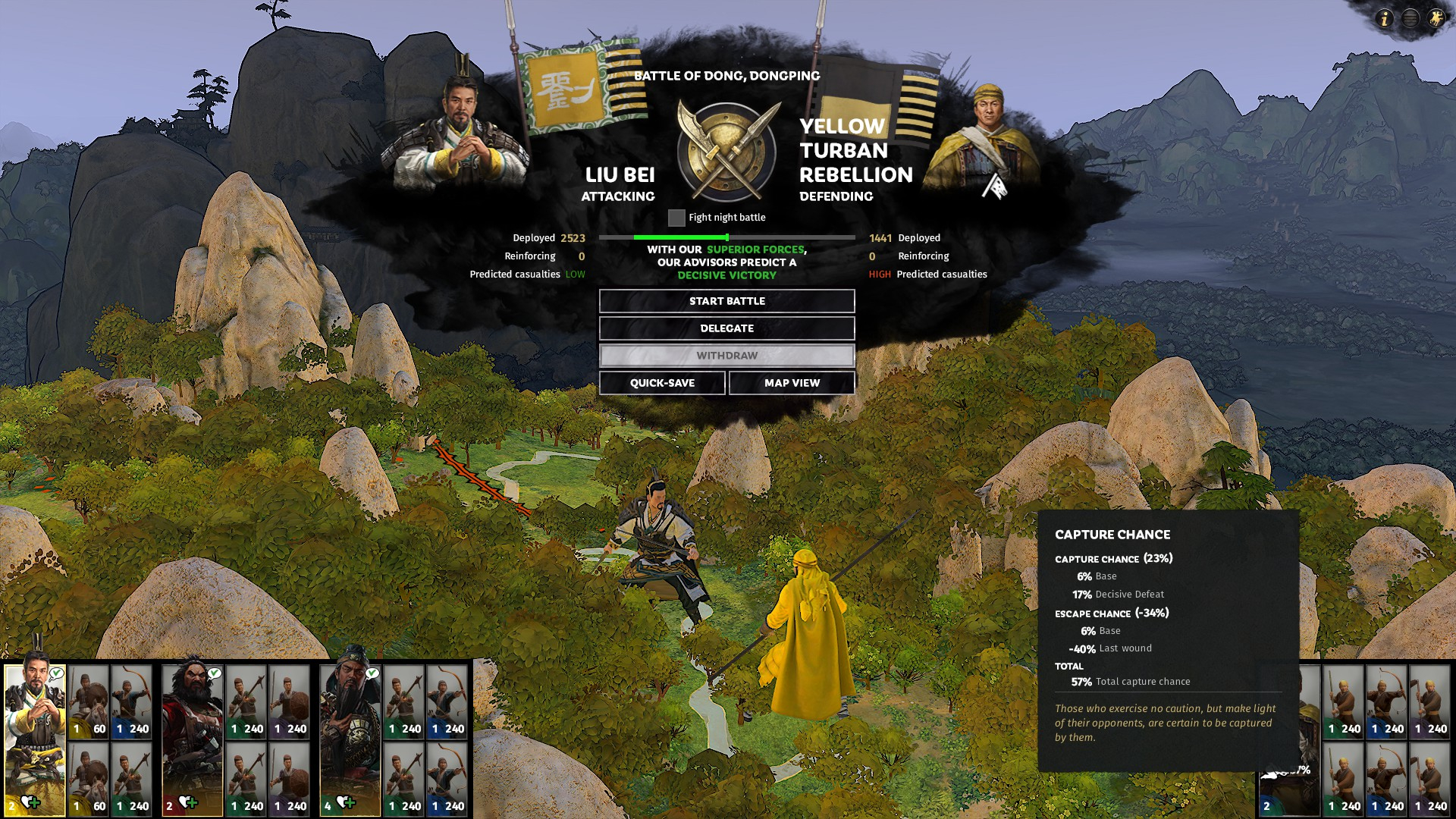 - Or - and this is a pretty sizable buff to capture rate that should be monitored closely - go with what is apparent today : all characters skills, traits and levels in the army buff up the capture rate of said army so the effect scope should be changed to "character_to_character_own_forcewide" 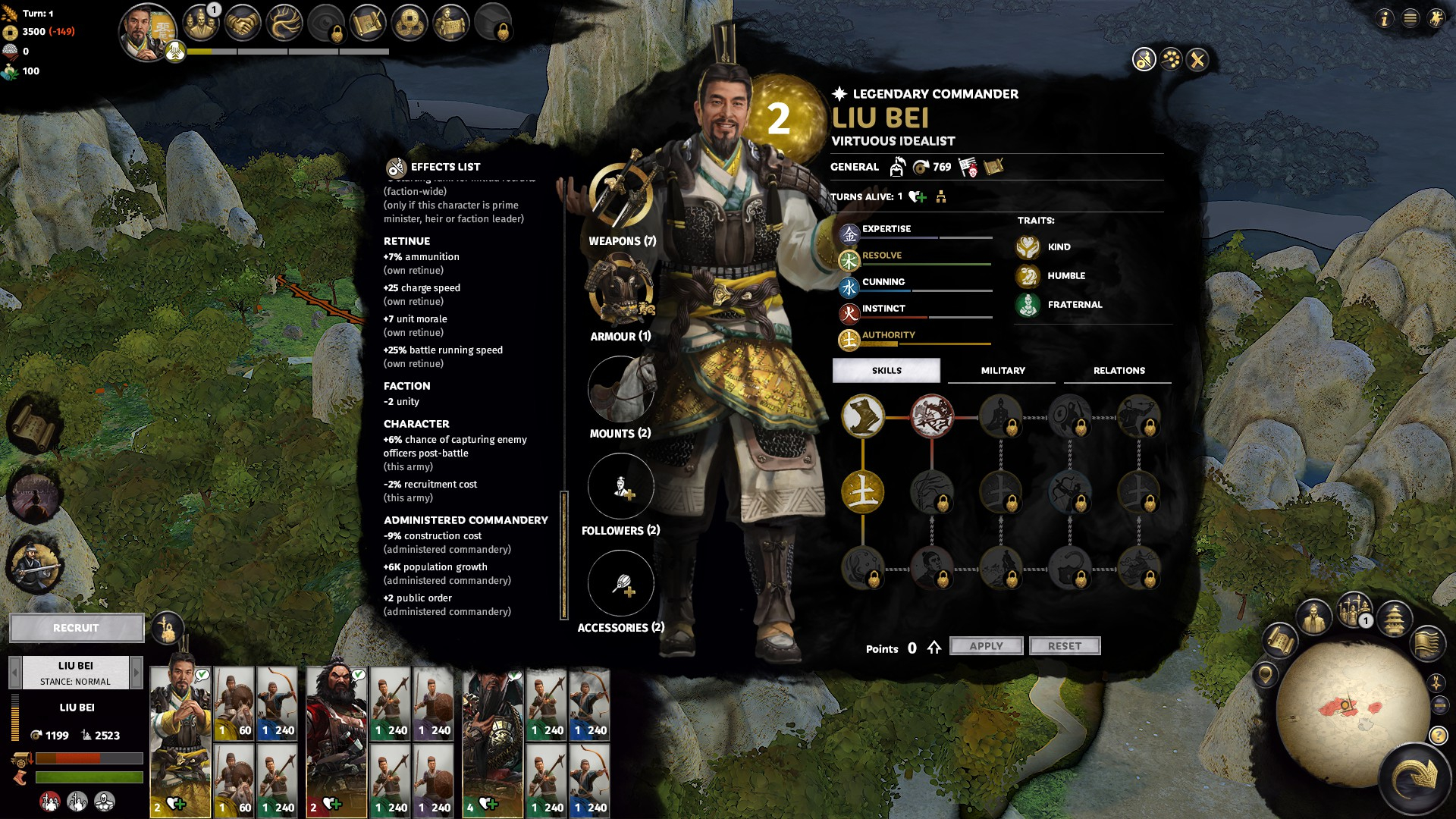 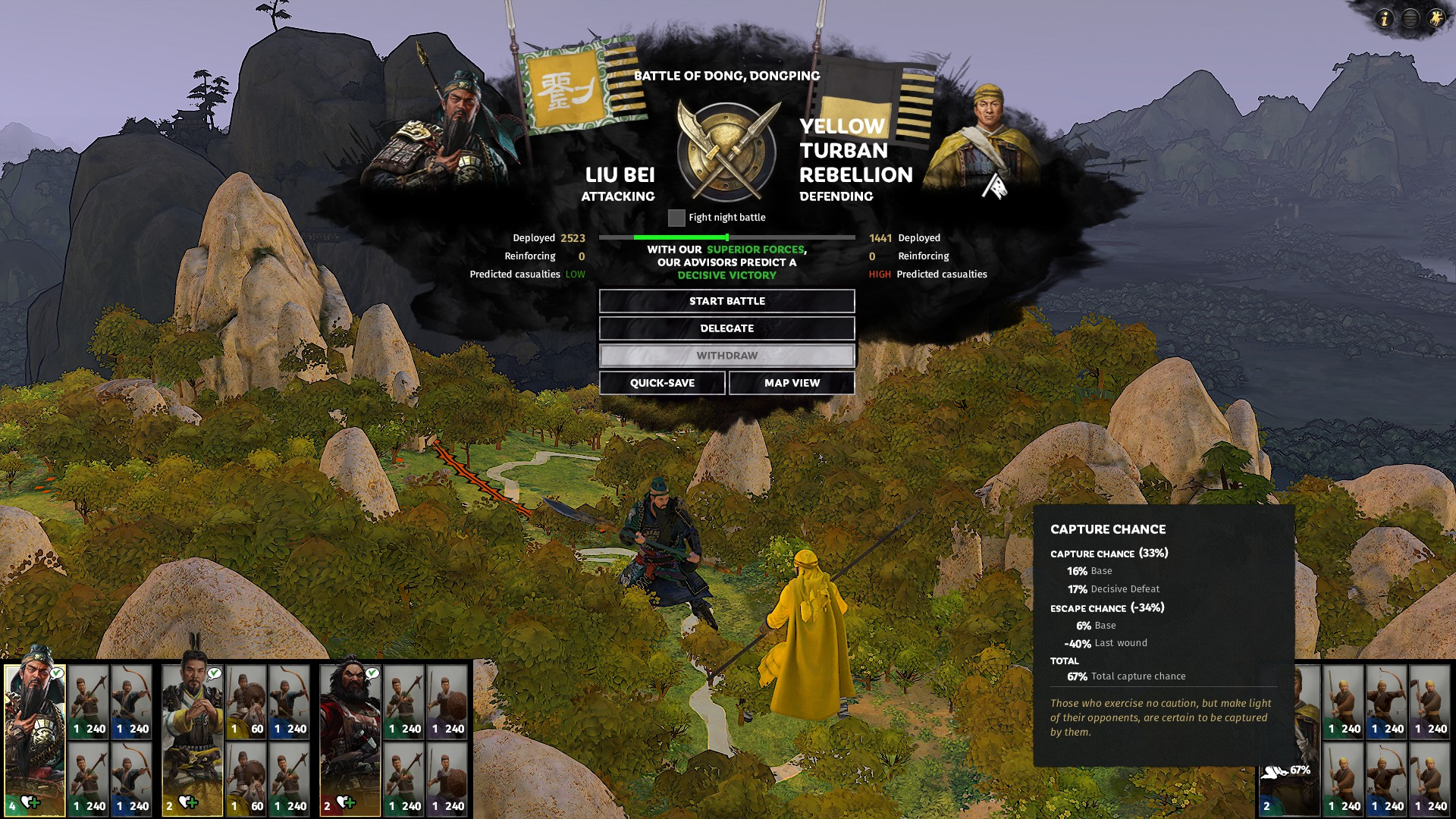 (Obviously you could also go with a mixture of the two)

My personal collection of hazardous tests and quickfixes (yes this is a link).
Wondering why you get some traits on your characters this may give you a vague idea