Boicote Senior MemberRegistered Users Posts: 806
April 7 edited April 7 in General
In the original campaign, some factions own settlements/regions that didn't belong to them historically in 270 BC. Most likely, the developers decided to give them those settlements to balance the game and/or to compensate some AI limitations. However, since the game is being remastered and the AI improved, is there any chance that we get a more historical starting positions in this game?
Here is the original map: 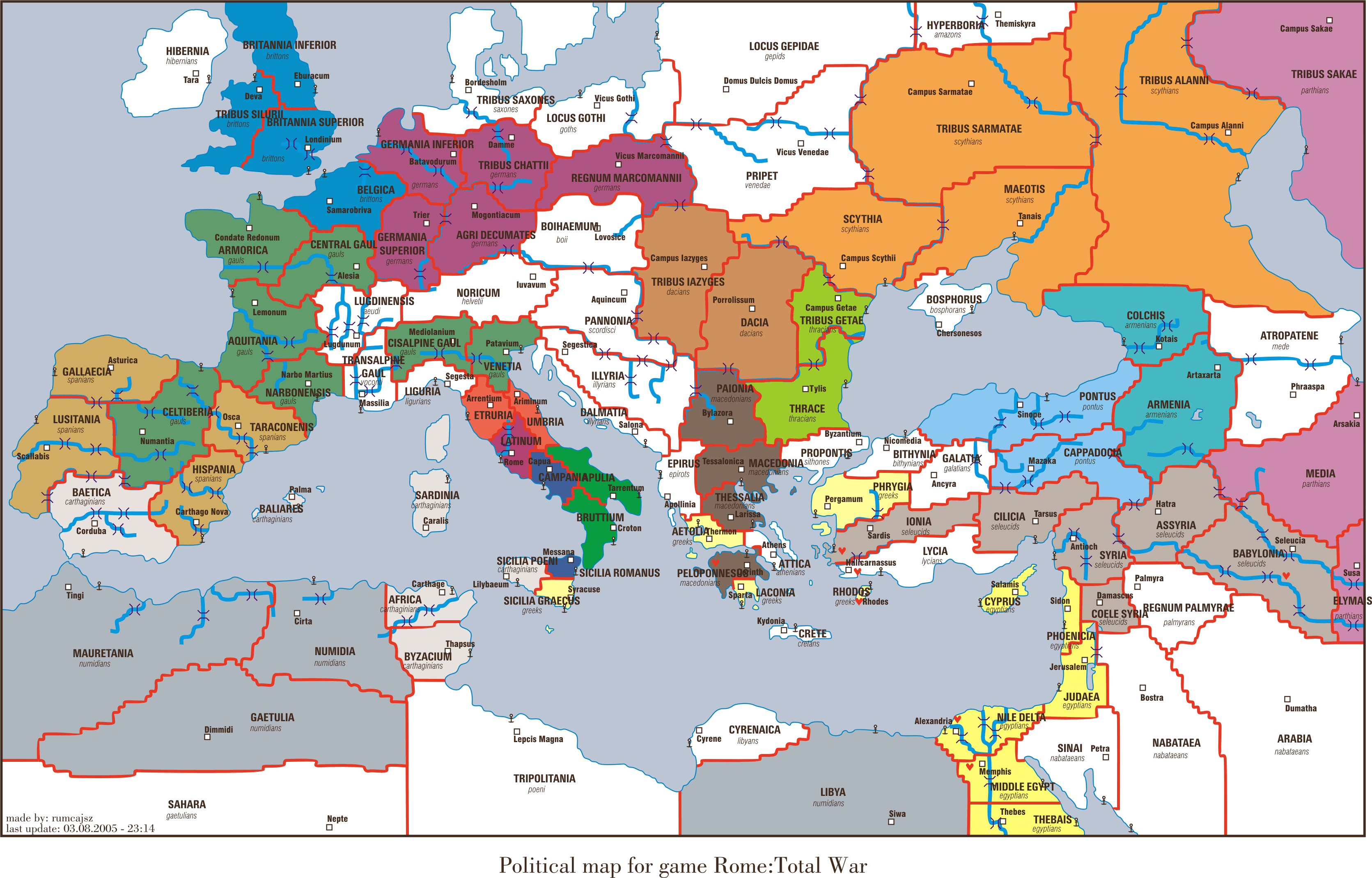 And here is a historical map from 270BC: 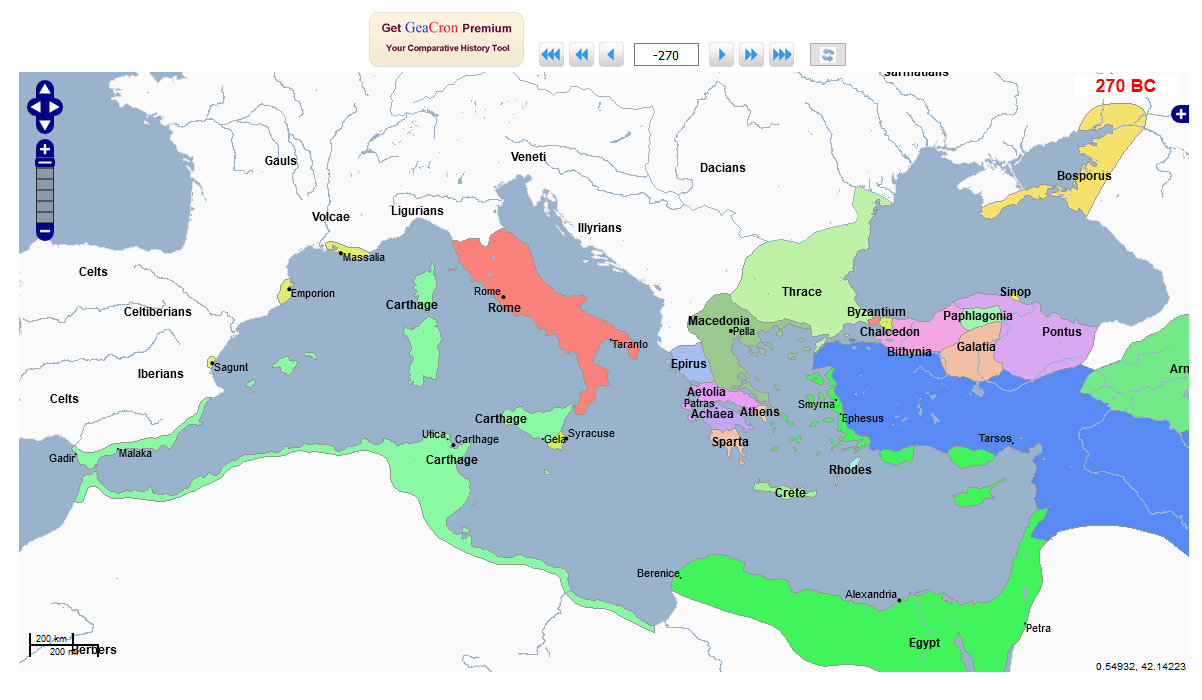 As you can see, there are some differences. These are some suggestions to make the map a little bit more historical:

- Numidia should not own Libya (give it to Egypt instead?)
- Carthage should own more settlements in north Africa
- "Spain" should be renamed to "Celtiberians" and they should own settlements in the central Iberian Peninsula. The eastern and southern coasts of the Iberian peninsula should belong to rebels, i.e., to Iberians. Gaul should not own any settlement here.
- Personally, I don't like the concept of "Greeks cities" being one united faction...but since they exist in the game, why not give Massilia and Bosporus to them?
- Parthia should probably be a horde faction and the Seleucids should be a little bit larger.
- The Britons should not own Belgica...