Detailed description:
I play on a coop campaign from the DLC Fates Divided.

On the campaign map when an ennemy AI starts a siege, all options are grey. i can't choose to launch a battle or delegate. So we are stuck on the siege screen...

It occured several time during our coop game and we could usually rollback to a previous save to prepare an army before the siege happens.
Now that we are in the end game it gets really annoying to rollback 3/4 turns in the past. Especially as demonstrated in the screenshot, when the attack comes from a looter faction appearing in one of my first city.

Reproduction Steps:
- get beseiged by an AI faction on a city 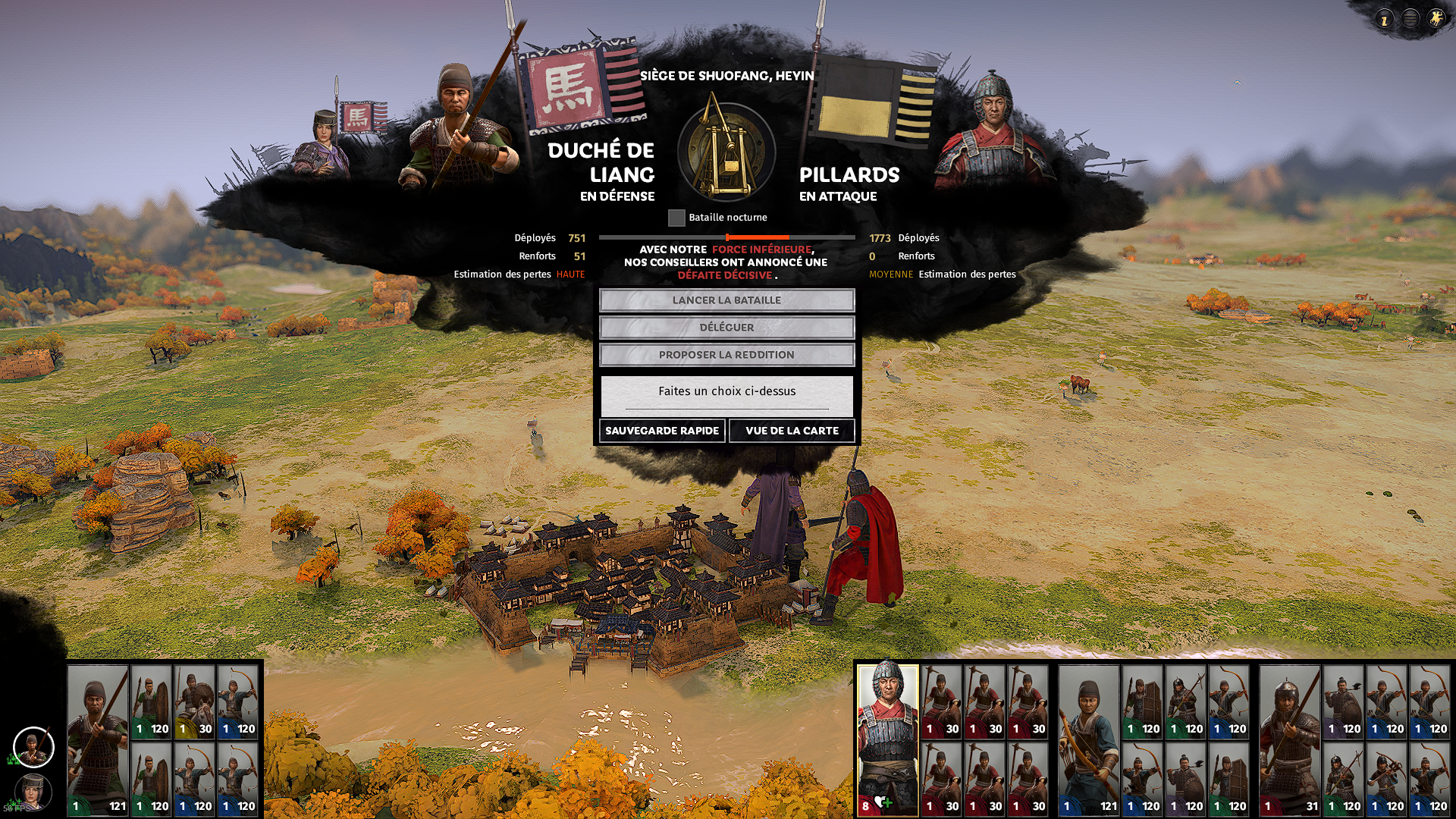 At first i only had the colony garrison in the city when the bug occured.
I tried adding a general inside the city, or outside it before the siege happen but still locked on the siege screen.

This is breaking our game, we can't play our campaign anymore. Is there any fix available ?