TheWattman#7460 Junior MemberEarthÂ´s core... doing things you will never know aboutRegistered Users Posts: 1,580
April 2021 in General Discussion
The Greenskins are sure to return to the spotlight in WH3, but the sheer variety within this race is raising some serious problems in terms of representation. And one variety of Greenskins in particular may have a very bleak prognosis for the future, with only a very slim chance of getting properly represented independently. Im talking about the Savage Orcs, which is the variety of Greenskins that may just get left behind, as WH3 will likely have a focus on the Black Orcs of Morglum Necksnapper, the various Goblin variants of Snagla Grobspit and Gitilla da Hunter and of course the Hobgoblins.

Now of course, the Savage Orcs already have representation in the game through Wurrzag and 5 units in the general Greenskins roster. But unlike their respective Goblin and Orc brothers, the Savages are currently missing any and all forms of representation in the generic leaders category. There are no Savage Orc Bosses or Shamans, no Bigs, Wars or Greats. Its only Wurrzag, who in himself might have been a missed oppertunity for a Savage Orc DLC back in WH1, representing the Savage cause. This is a big problem, as WH3 will probably focus on the lords and variants mentioned above. Adding to this is the very serious lack of major, or even in general, named Savage characters, as Wurrzag almost singlehandedly embodies this variant-race of Greenskins on his own. And finally, the only character that could be the headliner of a hypothetical Savage update is one that warrants conflict of placement with another variant, the Forest Goblins of Snagla Grobspit. 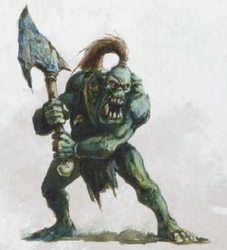 Im talking about Grokka Goreaxe. Grokka is a Savage Orc from the Drakwald Forest, who after having ingested a whole lot of Bloodfungus, went on such a rampage that several Savage tribes came to worship him as an incarnation of Gork. Even the local goblins have a legend about him. In the End Times, he fought against Gutrot Spume's Nurglite invasion of the northern Empire in the Drakwald. He fought with such a fury that no wound could fell him, which was an inspiration to his fellow Savages. It took a beheading by Eogric the Vile, Gutrot's lieutenant, for Grokka to stop, but not before his headless body killed two more Norscans for good meassure.

Now obviously, since Grokka calls the Drakwald his home, this stands in conflict with the more established Forest Goblins and Snagla Grobspit. Snagla has the upper hand in this conflict, since his lore, not only more extensive than Grokka's, but comes from 8th edition while Grokka is only mentioned in one piece of the Glottkin volume of the End Times. And thus without Wurrzag to fight for a DLC update, the outcome doesn't look favourable for the Savages. Of course, there are possibilities for some small additions together with other-focused Greenskin DLCs, but a full Savage theme seems like only a remote chance.

But hypothetically, what would such a DLC look like? Well, keeping with the general structure of WH1/2 DLCs, this: 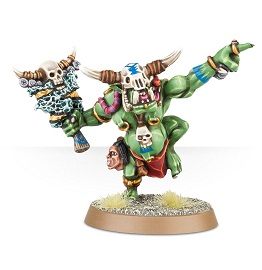 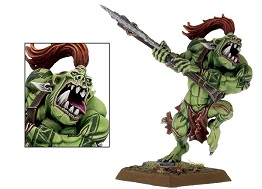 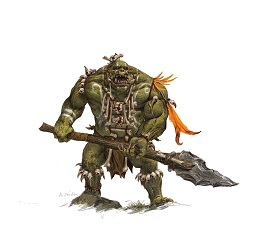 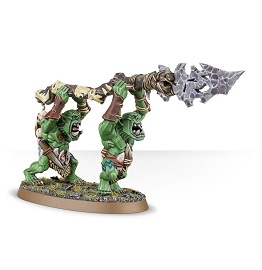 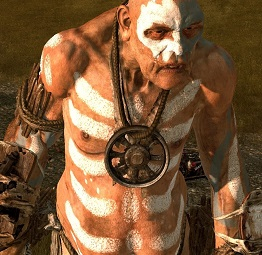 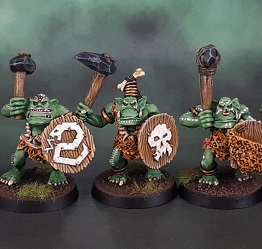 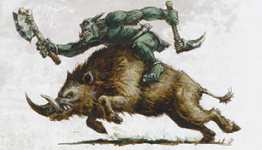 The selection of units here are intended to offer maximum savagery for the DLC, but there are other alternatives that would fit as well. Like Colossal Squigs, assuming they are not added with Morglum or any of the other Greenskin-updaters. So for example if the Savage Giant is just too close to the already implemented Giant, then throw in the Colossal Squig as a centre-piece alongside the Big Stabba. As for the Lord and Hero selection, its to offer a loreful representation of both legendaries, Shaman for Wurrzag and Big Boss for Grokka, but also nods to the fact that Shamans hold the most important positions in Savage tribes more so than in those of other variants.

What do you think guys? Should the Savage Orcs get a DLC in WH3 or should the focus be on other Greenskin variants?
Tagged:
Flag 14 · 1Disagree 14Agree