I have never really made a forum post because I've never had anything I seriously wanted to bring to anyone's attention, but after some recent tests I want to bring to light that infantry counter charging cavalry or chariots.

After a fair bit of testing we've found that if infantry, especially great wepons, counter charges a unit that is charging them, they will do significantly more damage than they recieve. 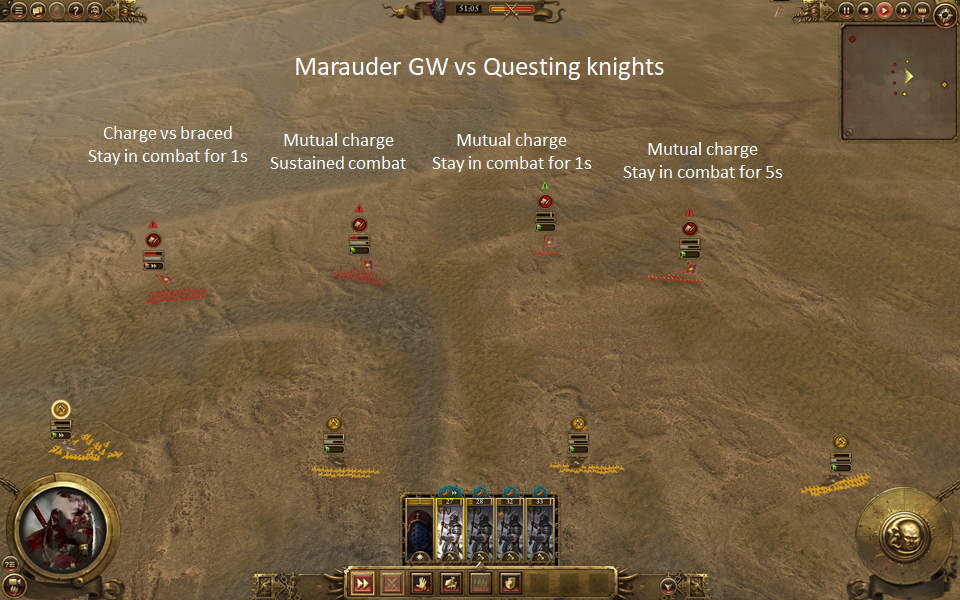 And here's Questing Knights vs Chaos Warriors with Great weapons 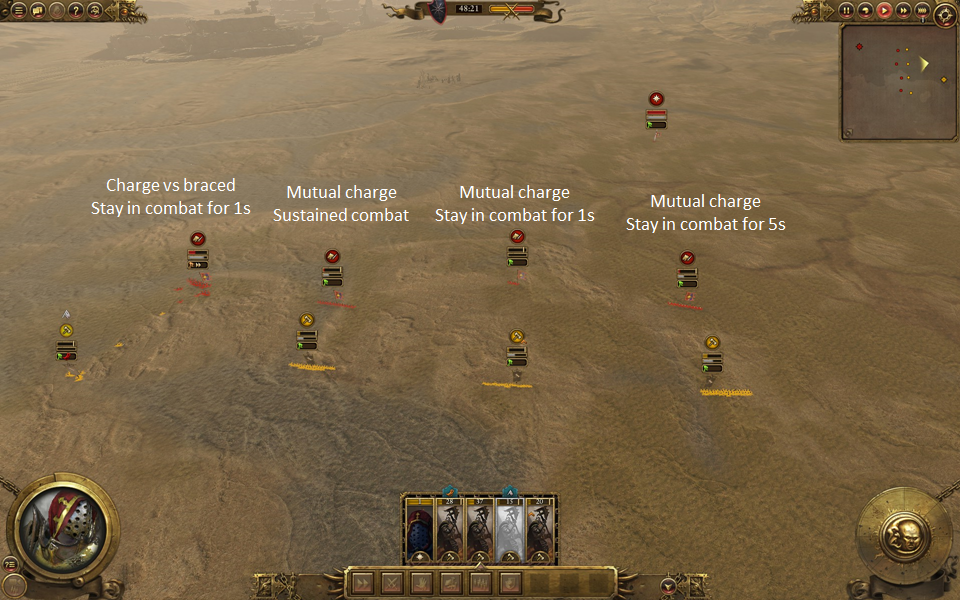 But this is even worse for chariots, where even AP chariots do not deal much damage but take a lot in return

Here are razorgor chariots charging chaos warriors with great weapons. When they try to pull out they also take significant damage, meaning no matter how much these chariots cycle charge, if the great weapons counter charge the chariots can never win 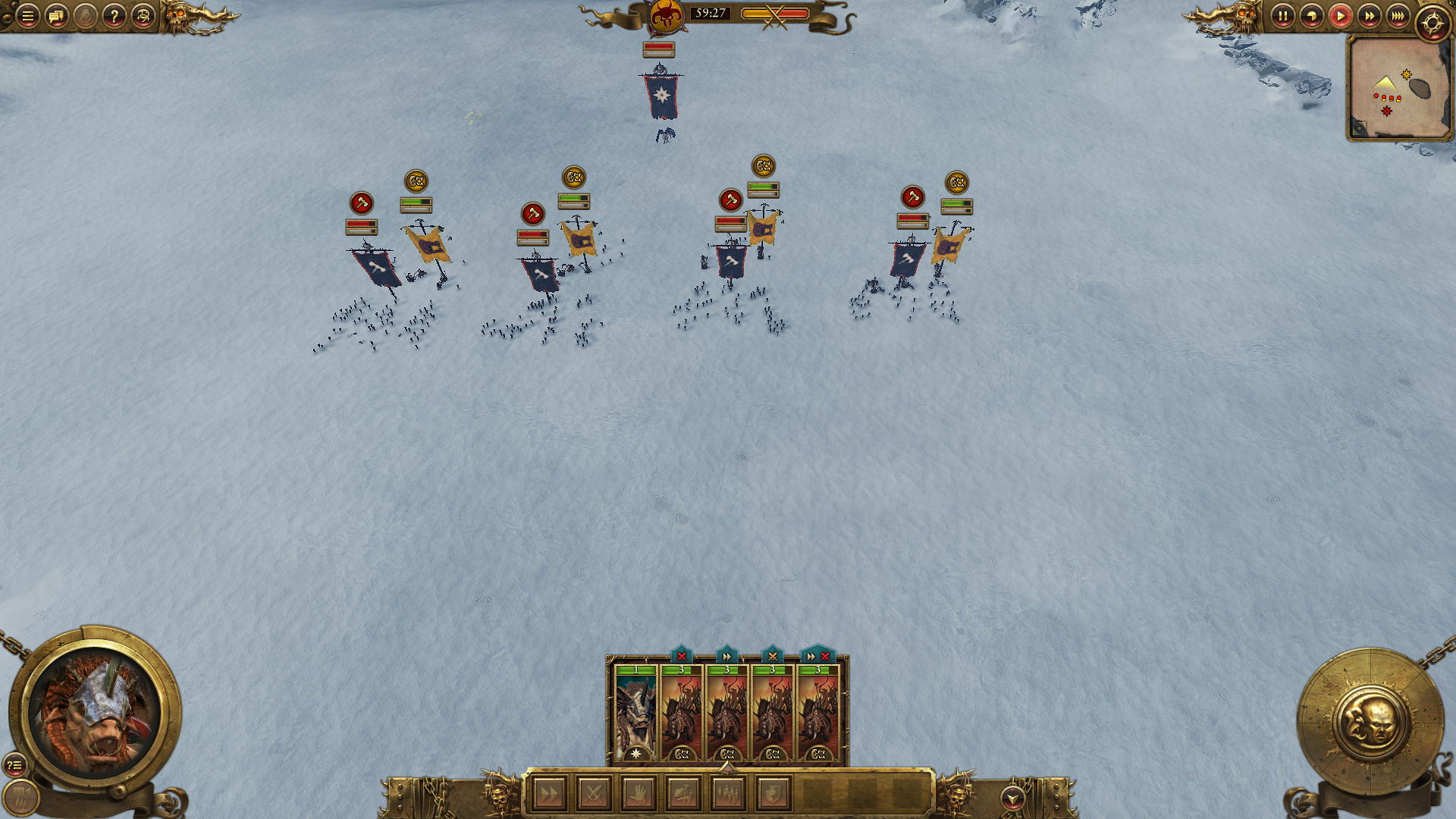 Probably the most telling is that doom-flayers lose significantly to counter-charging forsaken: 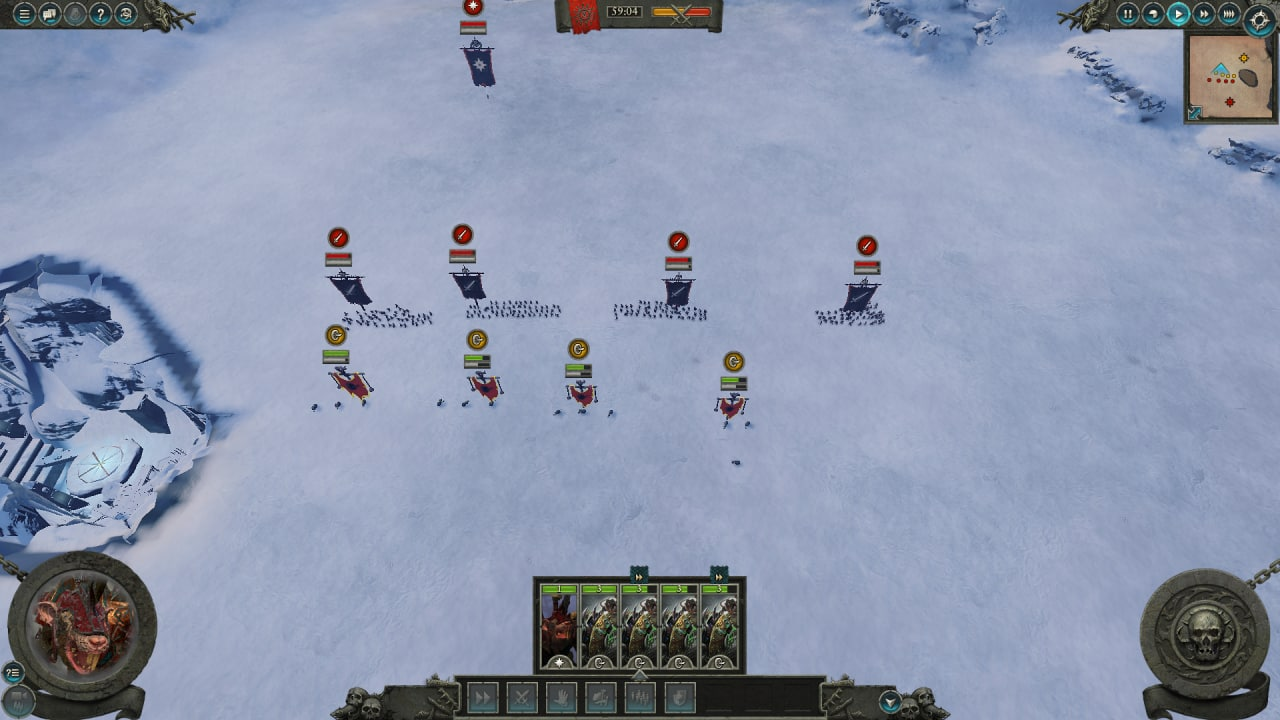 I do not think chariots which are specifically anti-infantry should perform this badly against aroured infantry. Not only do they fail to do much damage, but they also take a lot of damage, meaning so long as the infantry always counter-charges they will always beat chriots.
Tagged:
Flag 4 · 1Disagree 4Agree