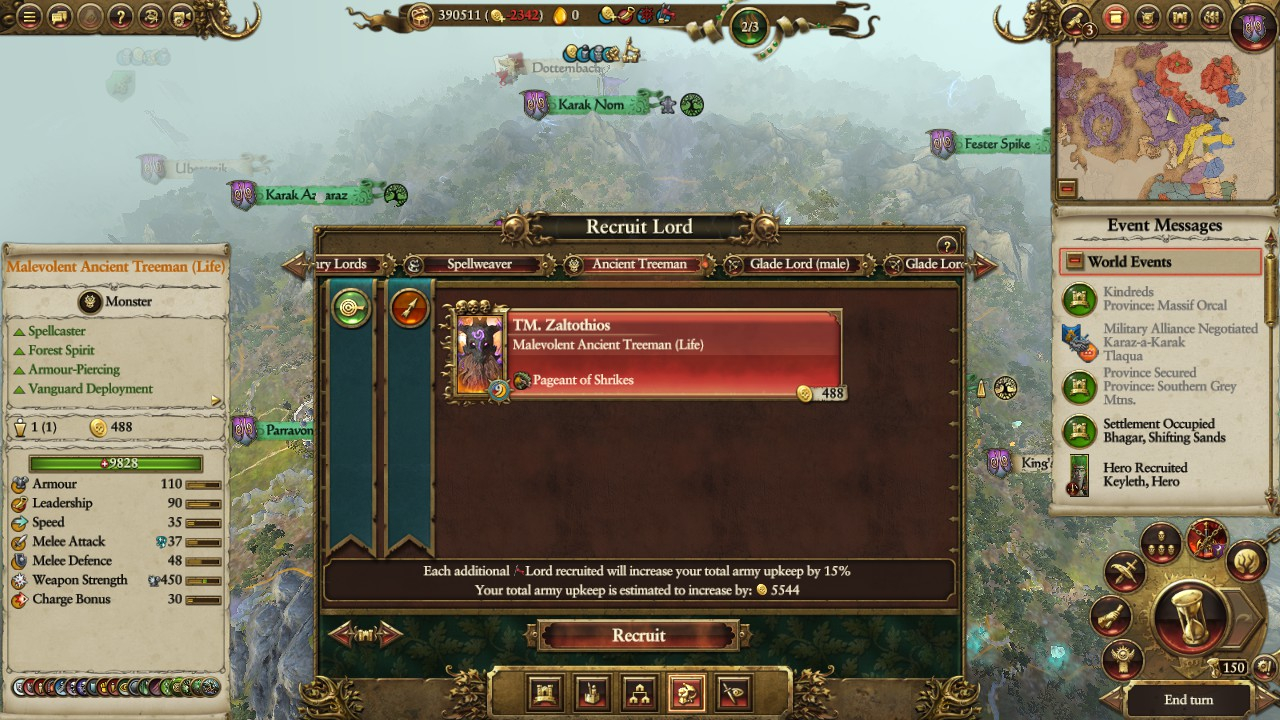 Reproduction steps:
Confederating Wargrove of Woe playing as Heralds of Ariel (or the remaining two Wood Elves factions presumably), and then accessing the UI for recruiting Ancient Treeman Lords.

The concerned save is attached.