What is up with this Empire Garrison? Wood elf hero, Thane... 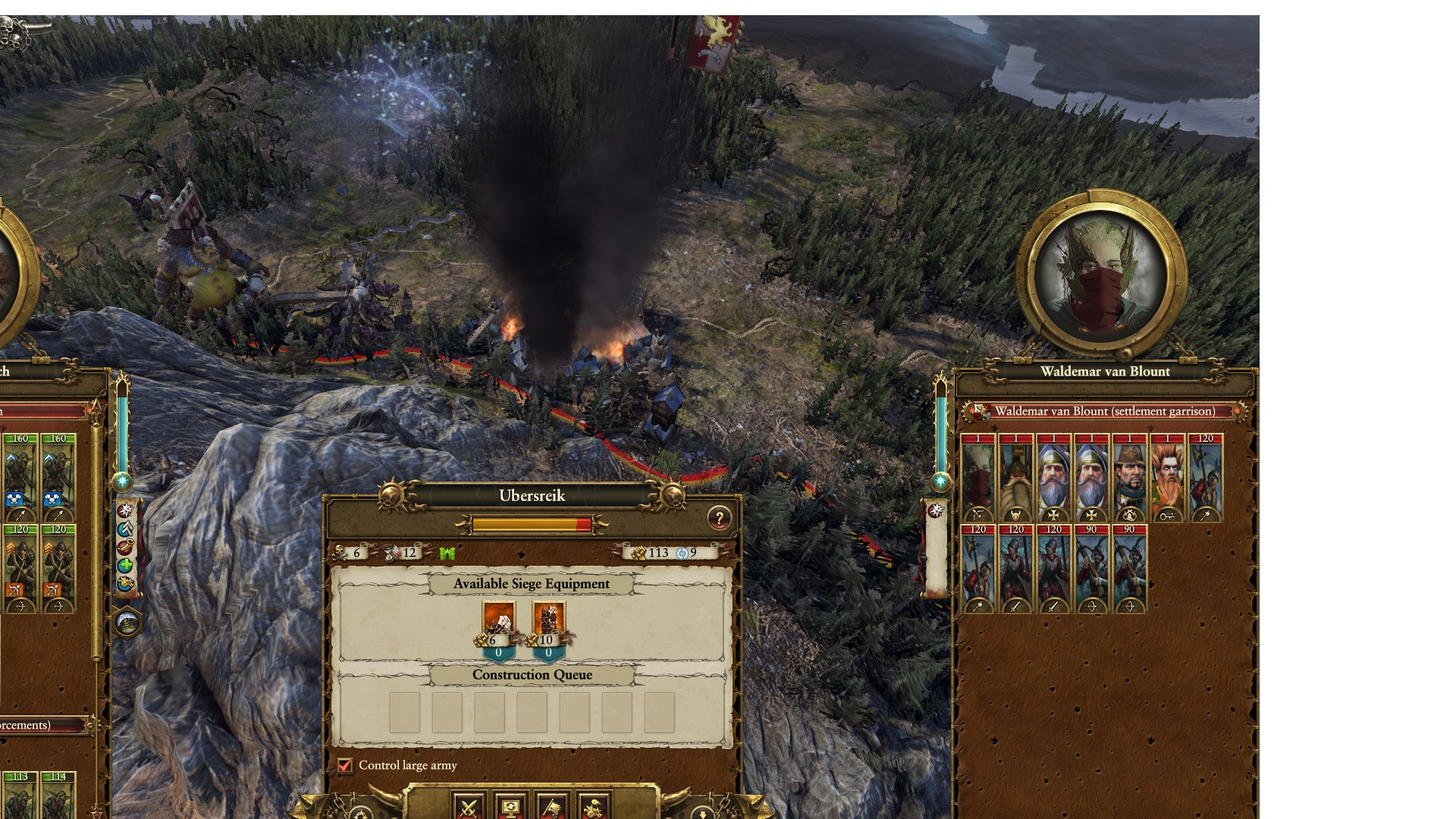 Is the above a bug? Or can the empire get these garrisons now? A wood elf and dwarf hero as well as another 4 empire heroes?

Also secondary question why in Groms campaign when you hover over the recipies does Grom not make all those weird excited to eat noises any more?