I've been attempting to get the 'Caesar Reborn' achievement. I've completed both the requirement on the description (win a legendary campaign without auto-resolving or losing battles), which is purportedly bugged, as well as the supposedly corrected requirements I've found online (complete a divine triumph victory on legendary difficulty). However, I do not have the achievement. The campaign was modded, namely for a few quality of life things/annoying or unrealistic mechanics, but that didn't affect my ability to earn the 'Scholae Romanae' (research all technologies as the Western Roman Empire) or 'Legendary General' (the actual achievement for winning legendary without auto-resolving or losing a battle) in this runthrough. I've also run a couple turns past completing the requirements, since I know sometimes that is required for Total War achievements to fire. I've attached images demonstrating the divine triumph victory as well as my inability to save due to legendary difficulty (didn't know how else to show that). I've also already spoken to Steam, who claim that since this seems to be a game bug (even though I suspect it's a Steam achievement bug), it's down to tech support to help. I've also spoken to official Sega tech support, who referred me here. 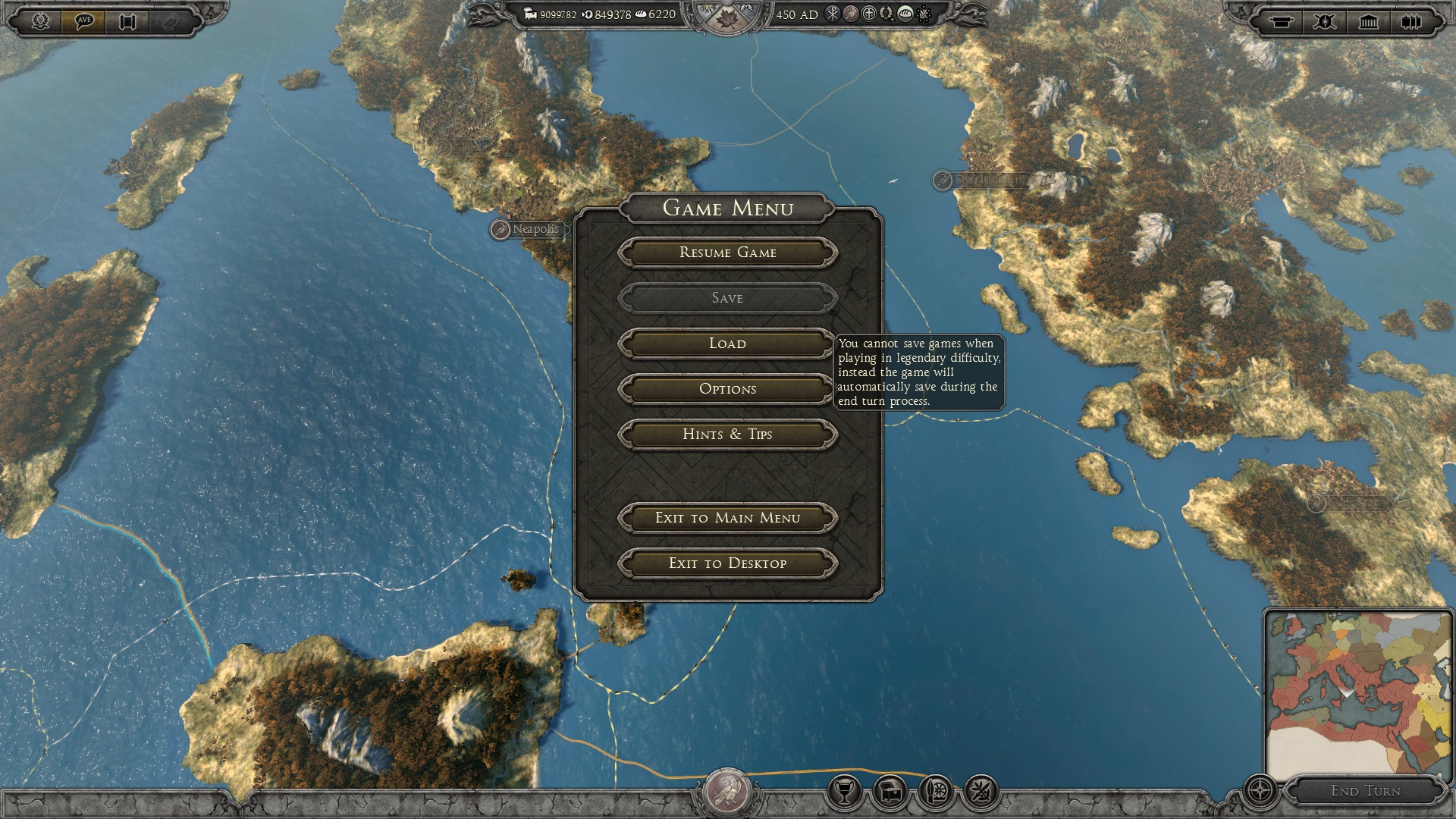 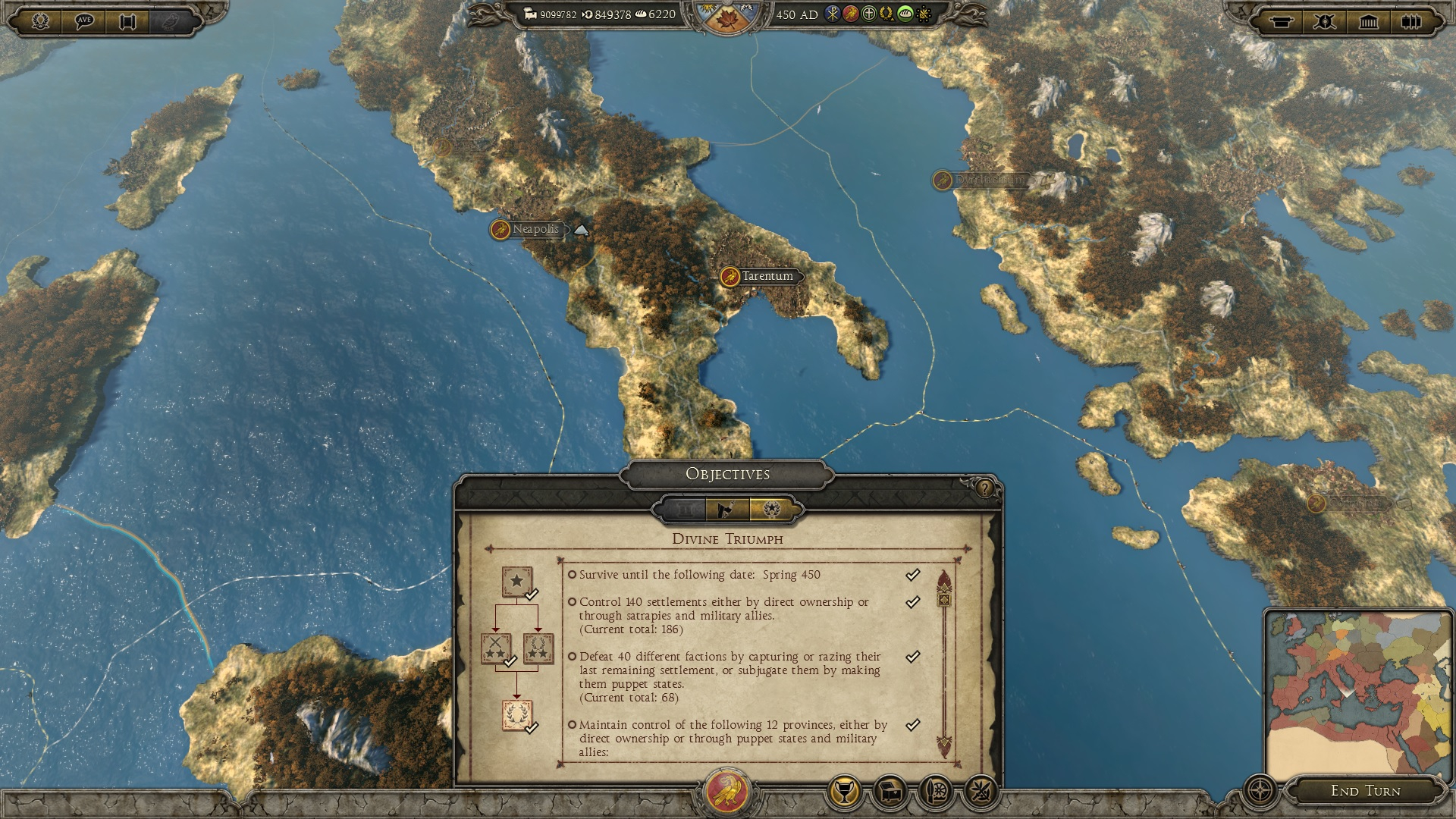