Detailed description of your issue:
In Grom the Paunch's final quest battle 'Blacktoof's Revenge' (Eye of the Vortex campaign), I can't select any units in my army, all of them are greyed out.
I managed to somehow work around this issue by using the control groups I had assigned during the deployment phase (during the battle itself, you can't select your unit nor create or modify new or existing control groups). This way I was able to somehow give basic orders to most of my units but even then, neither my Lord Grom nor my river troll hag hero would listen to my orders despite the fact that they had been assigned to a control group during the deployment phase (each of them was in a group of their own, by themselves). 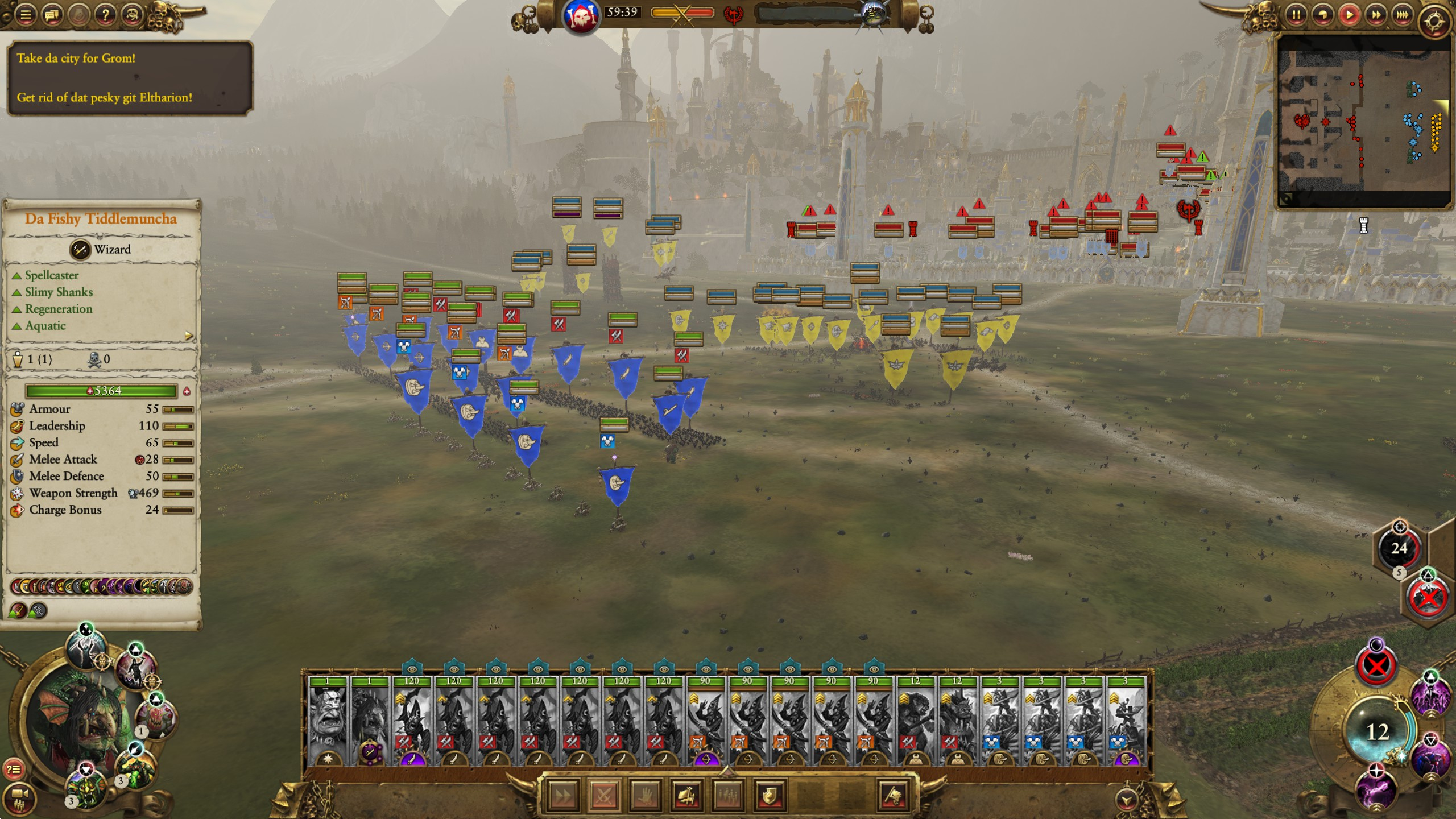 I disabled my 2 mods (Rakarth's mask by spooky and one button respec), reloaded my save and restarted the battle several times, it didn't help. I also let the battle unfold but nothing happened and after 30 minutes or so, all my AI controlled reinforcements were dead and I still wasn't given back control of my army.

Reproduction steps:
Load my saved game, play the quest battle and watch in horror as your units remain greyed out from start to finish.
Post edited by CHARLOTTEB_CA on July 2021
Broken Axe_Quick Save777110560.save 7.2M
modified.log 65B
Tagged:
Flag 0 · Disagree Agree