Red_Dox#2328 Junior MemberRegistered Users Posts: 6,460
July 2021 in General Discussion
It is May 1994 and the new Undead armybook for 4th edition is released, featuring the legend that brought the Undead blight to the world. 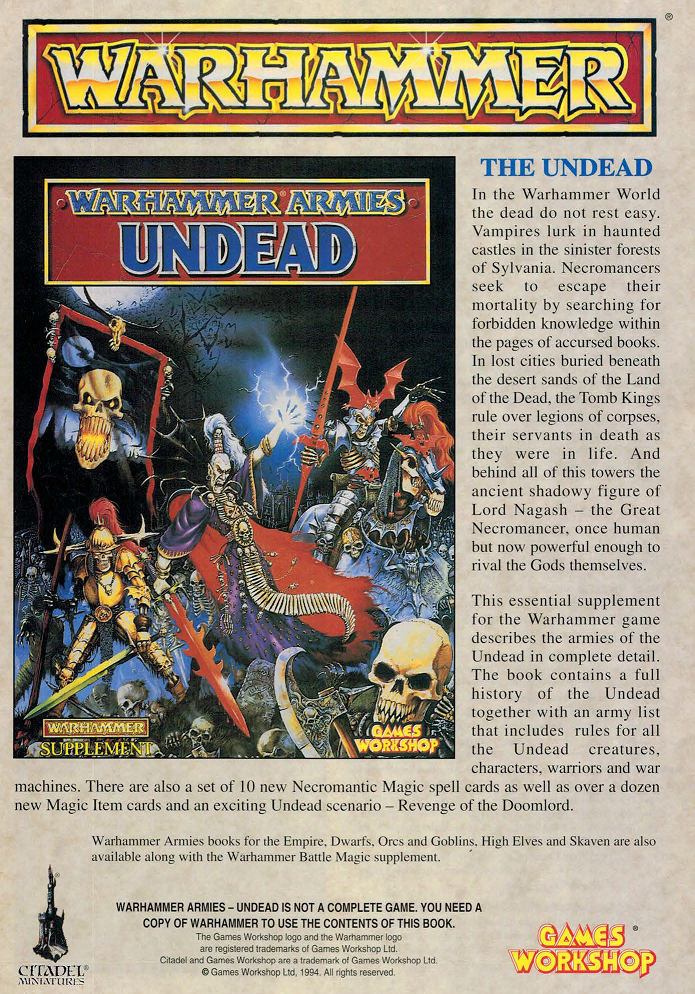 Keep in mind that this would be the groundwork for later editions. Like the first flex for Vampire Bloodlines or the first idea of a Tomb Kings armylist in 5th, followed by the Strigoi Bloodline or first Tomb King armybook in 6th. So yeah, GW changed and added some parts later on 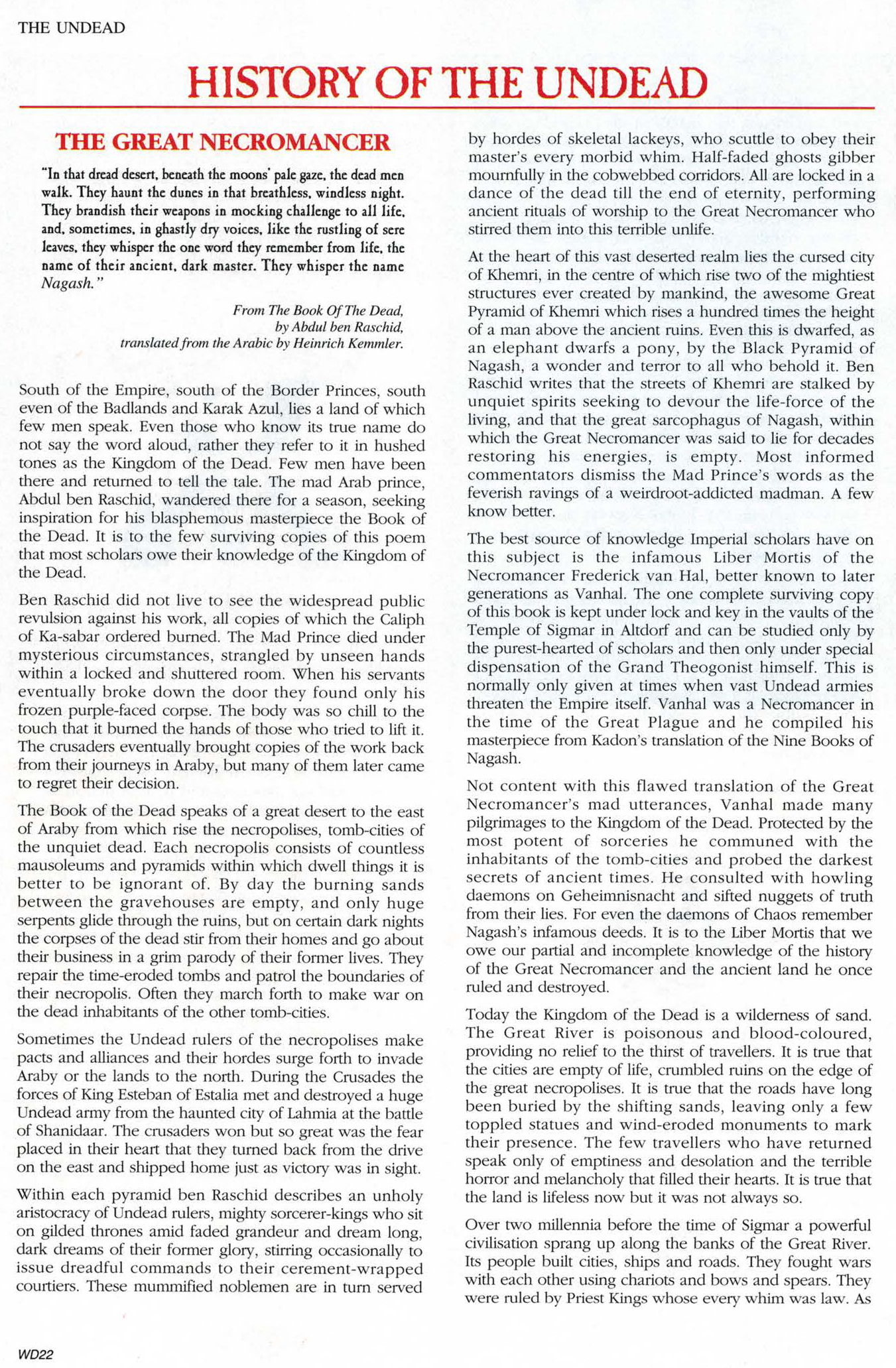 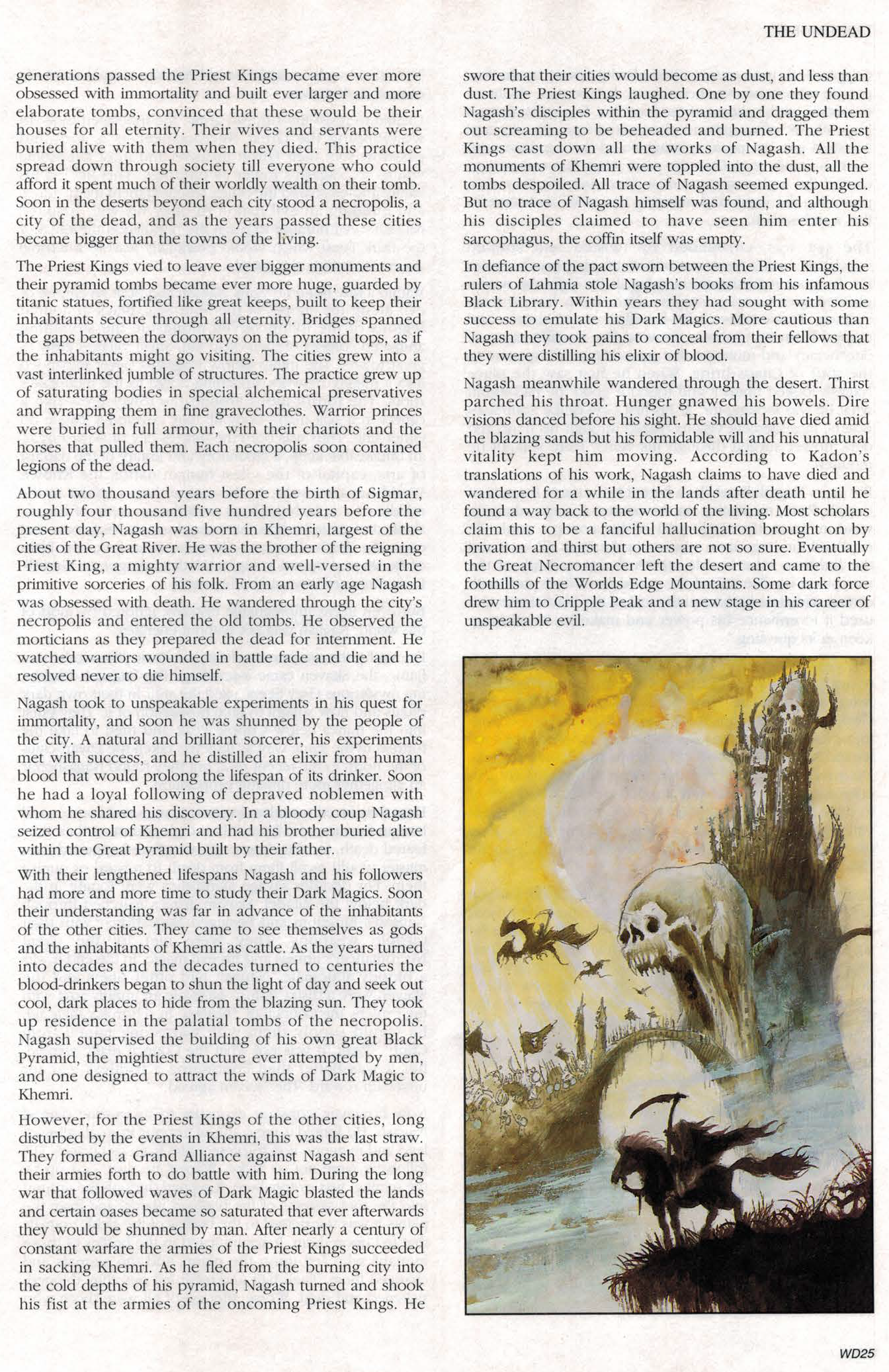 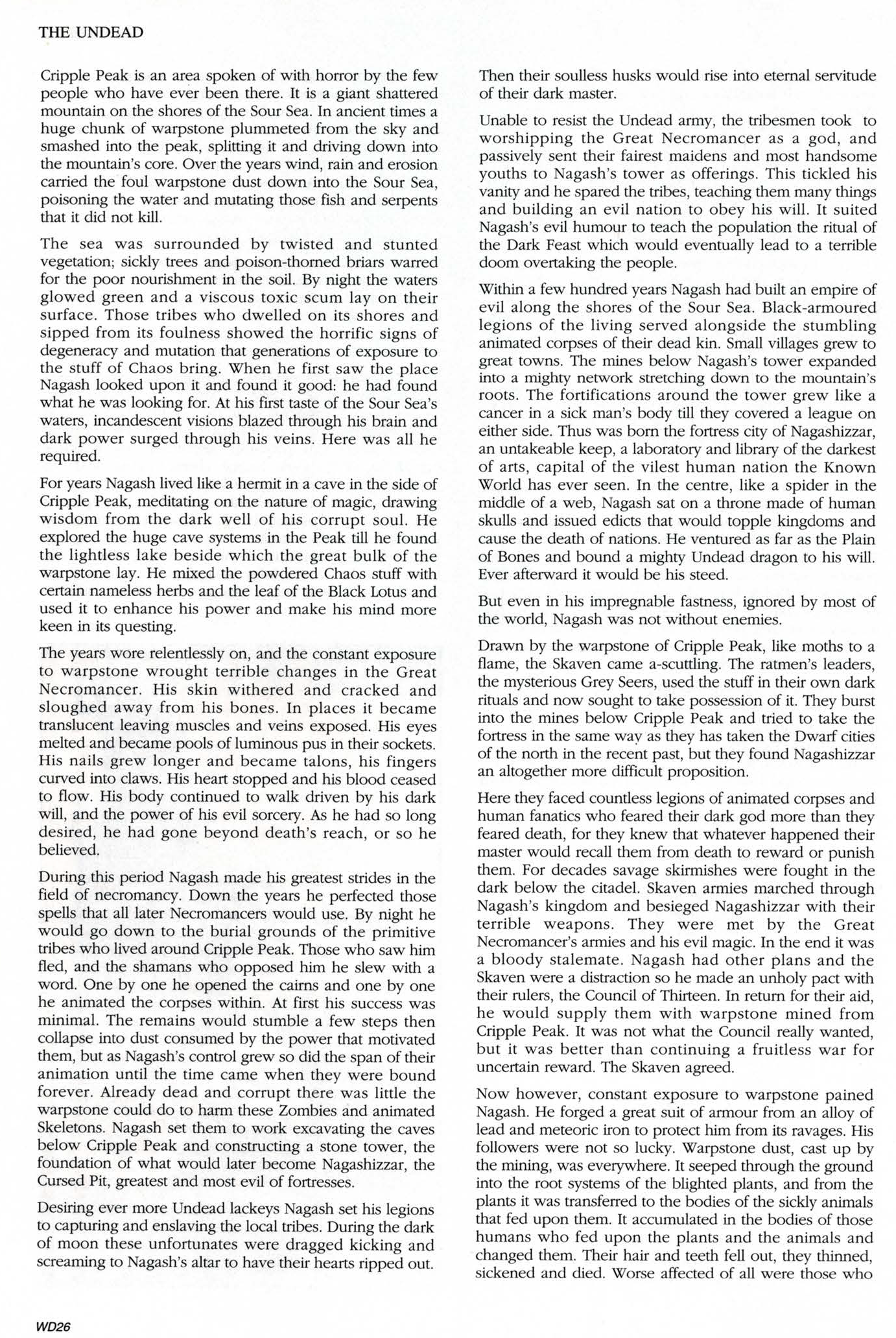 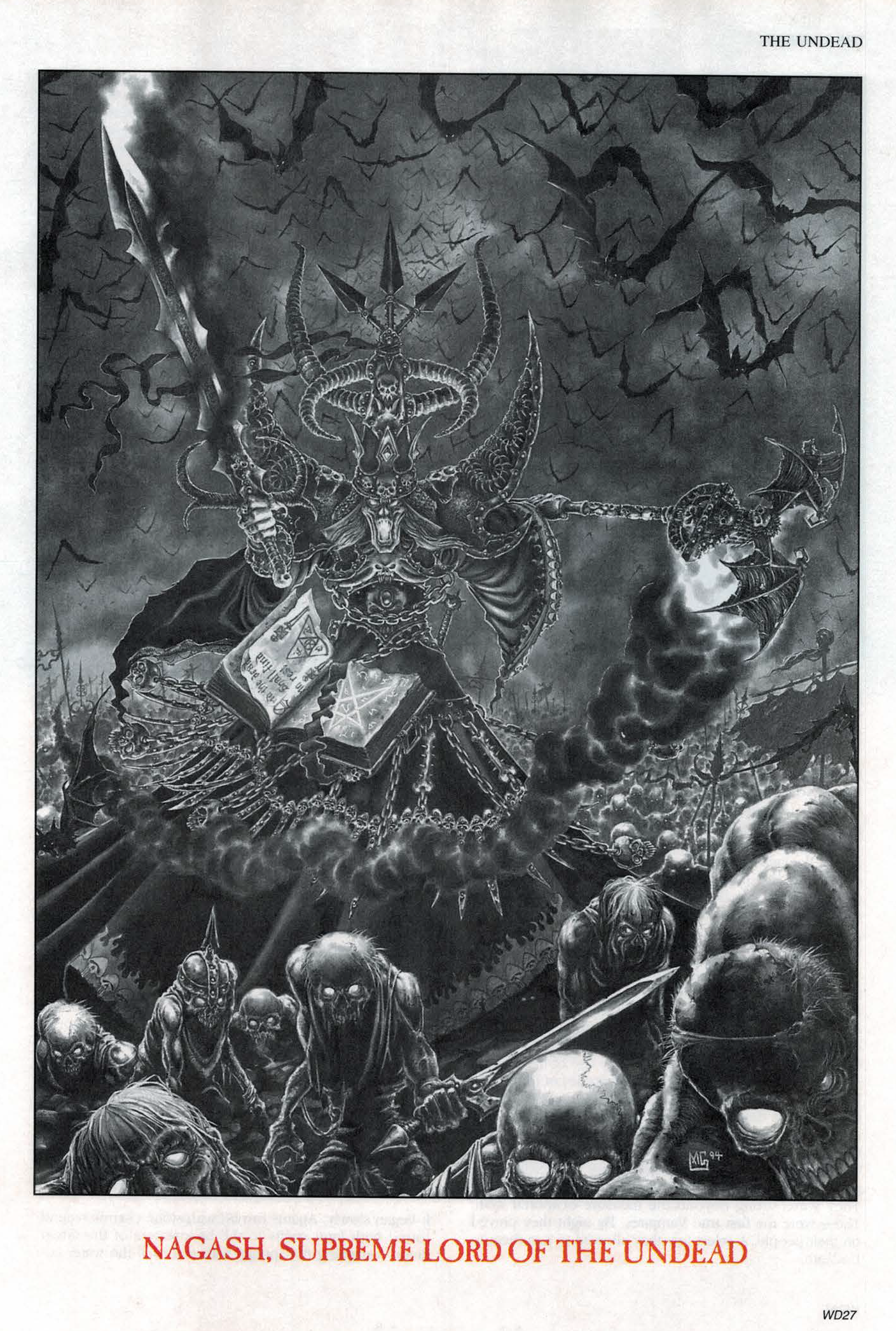 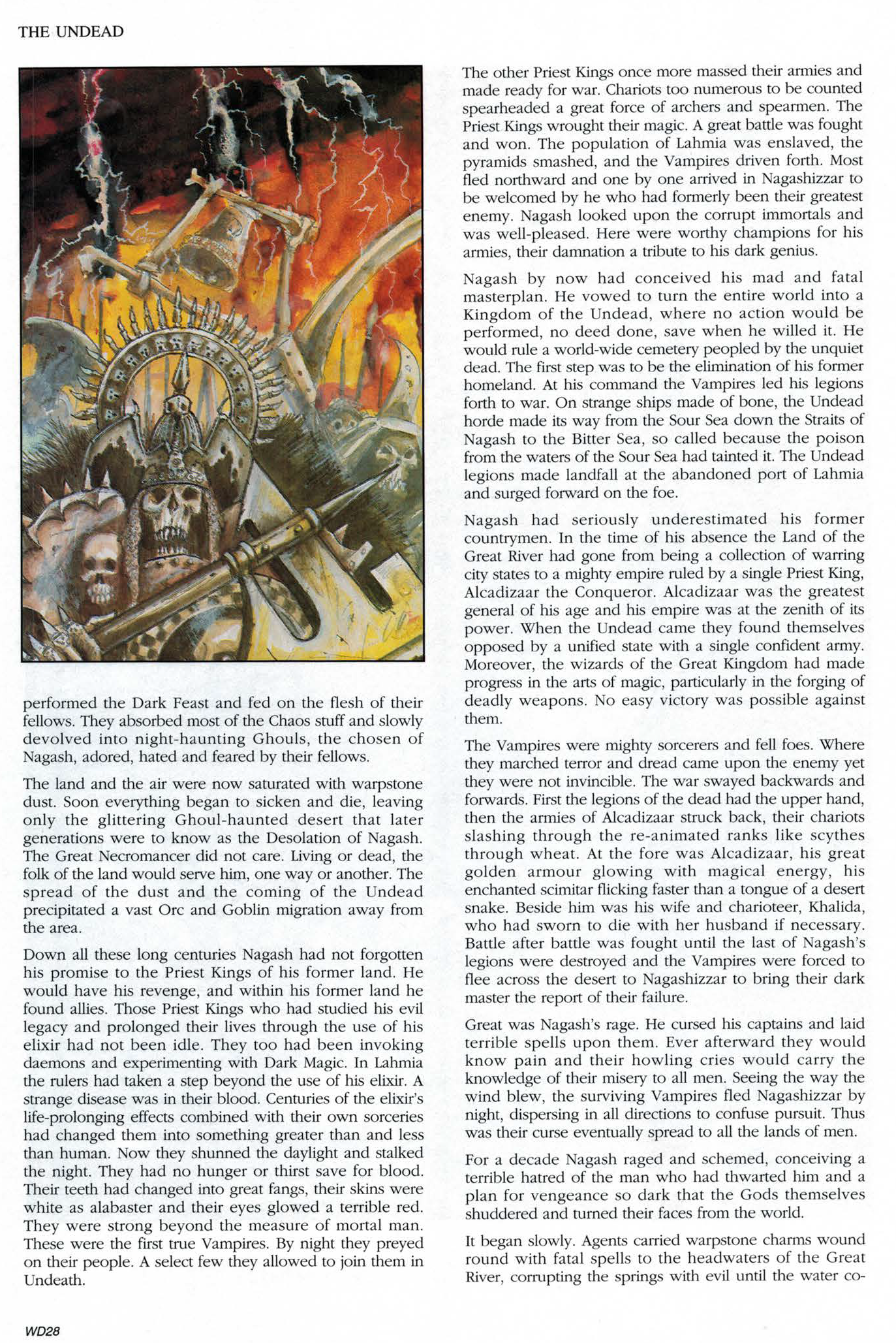 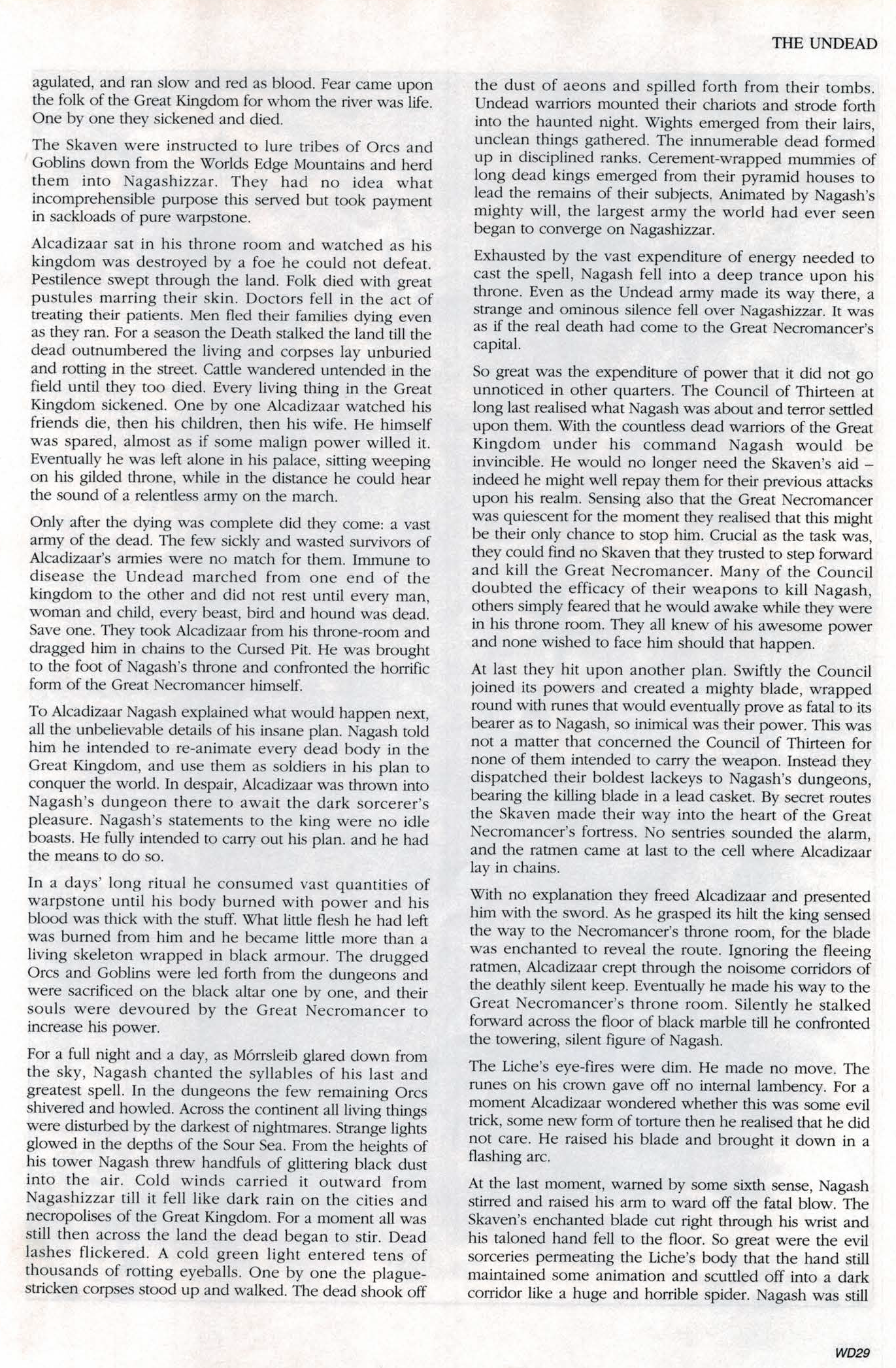 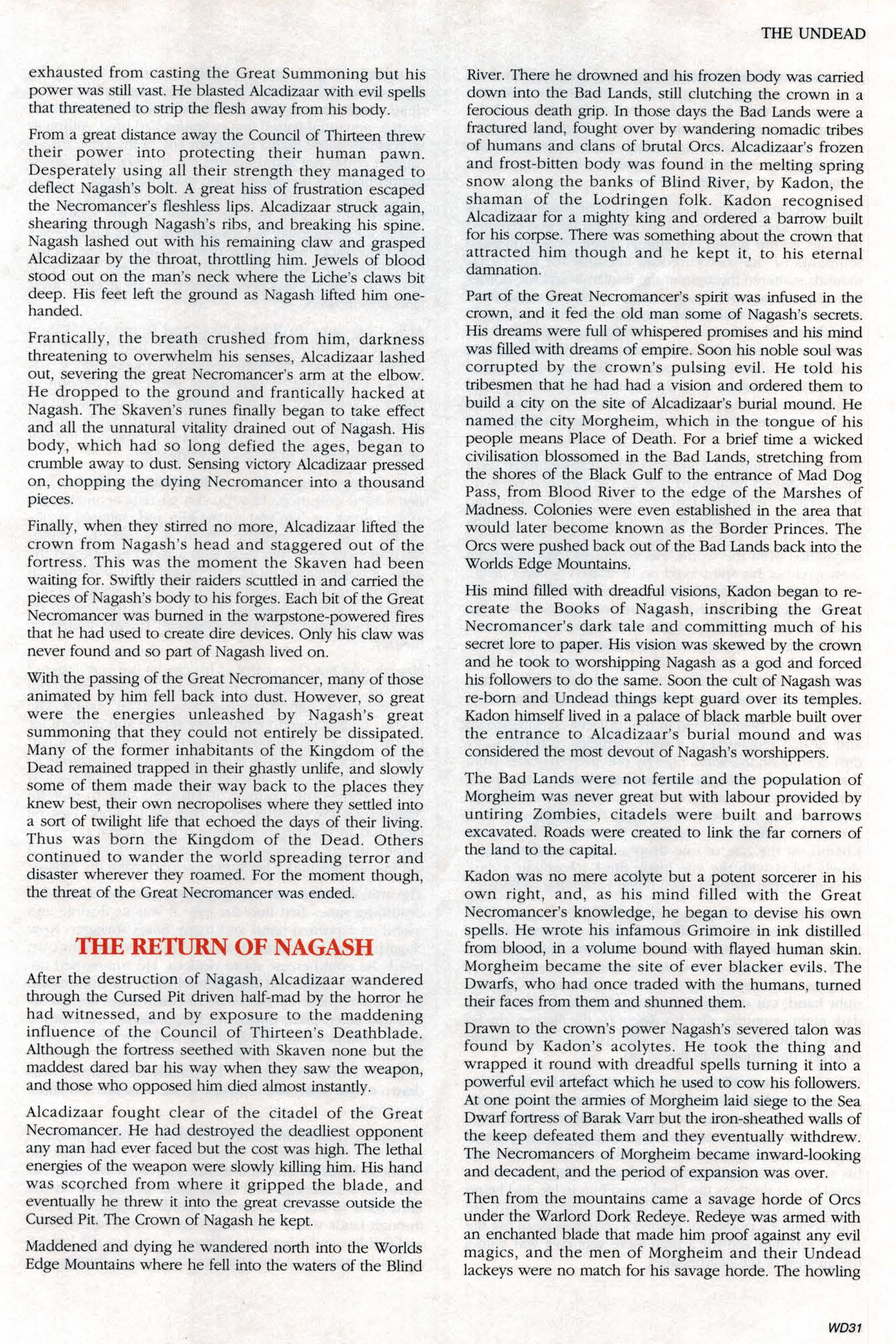 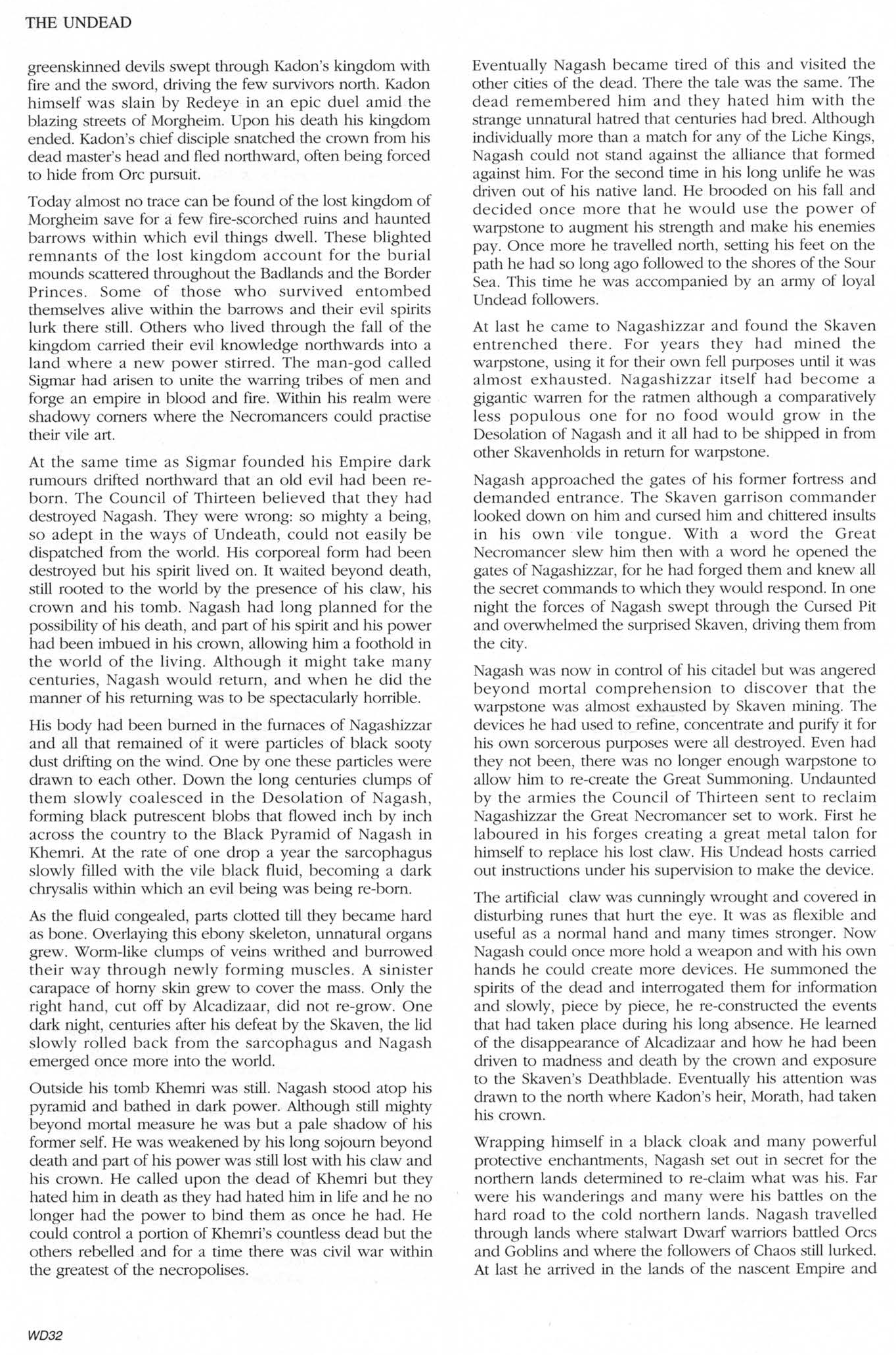 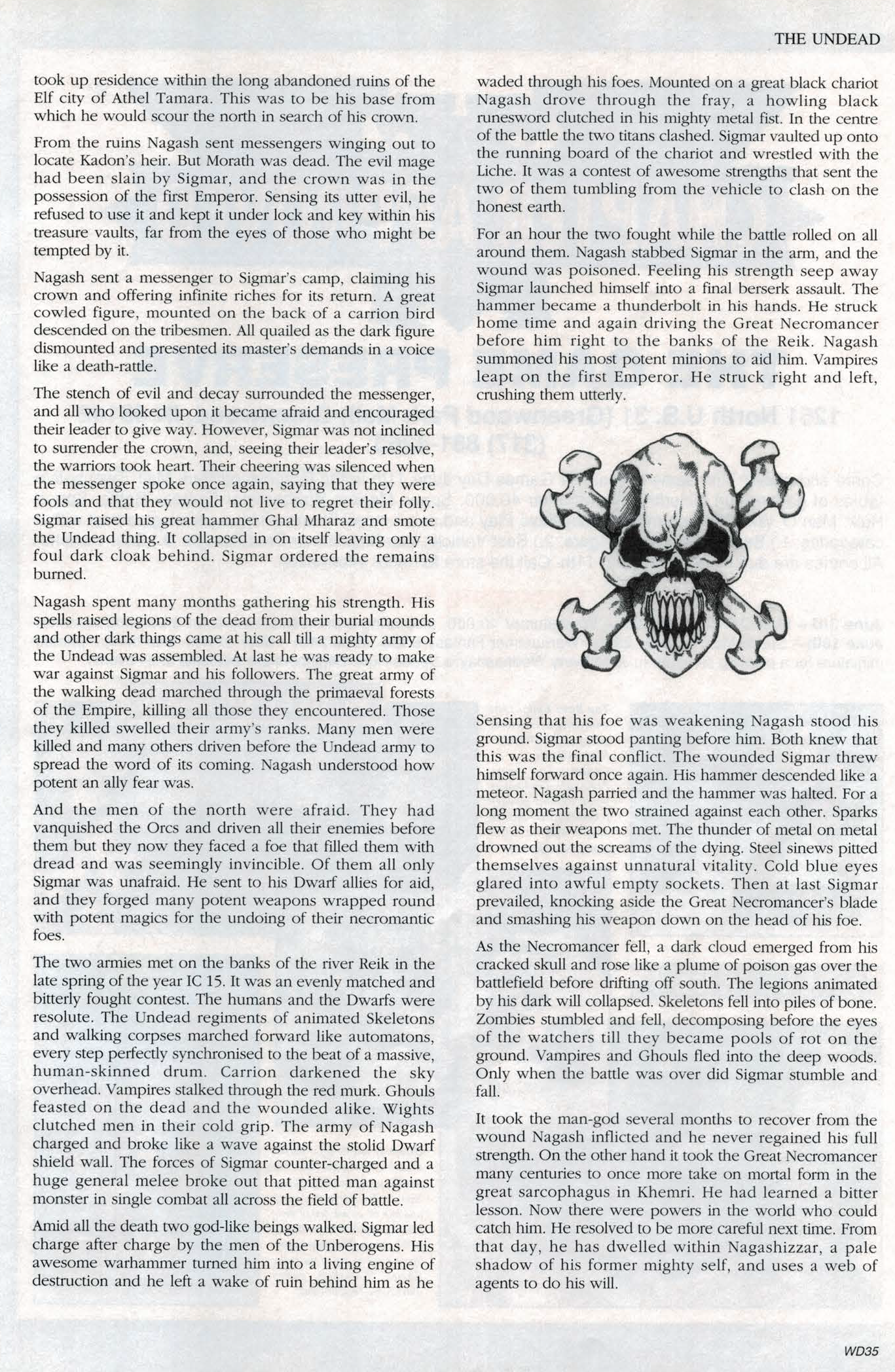 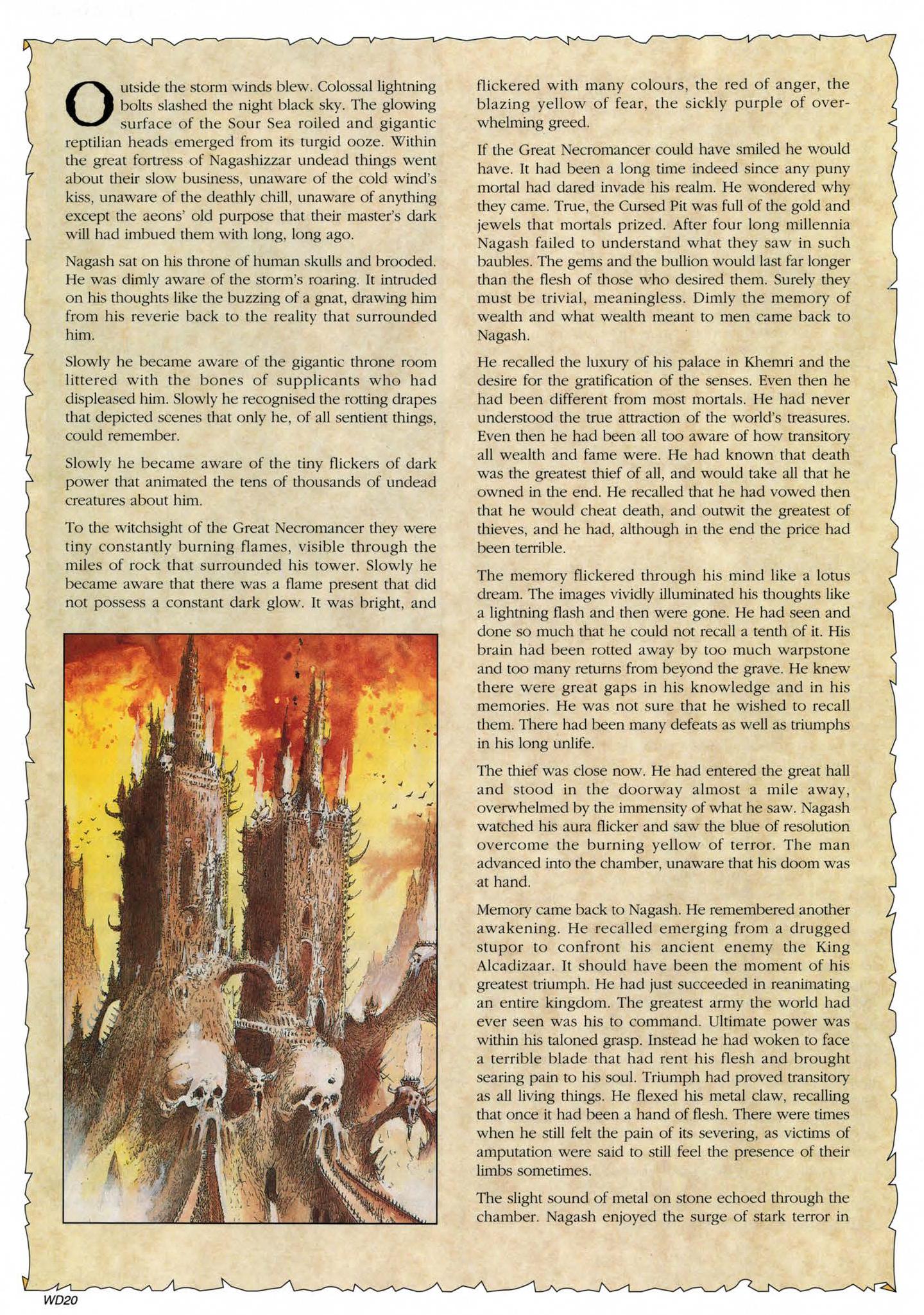 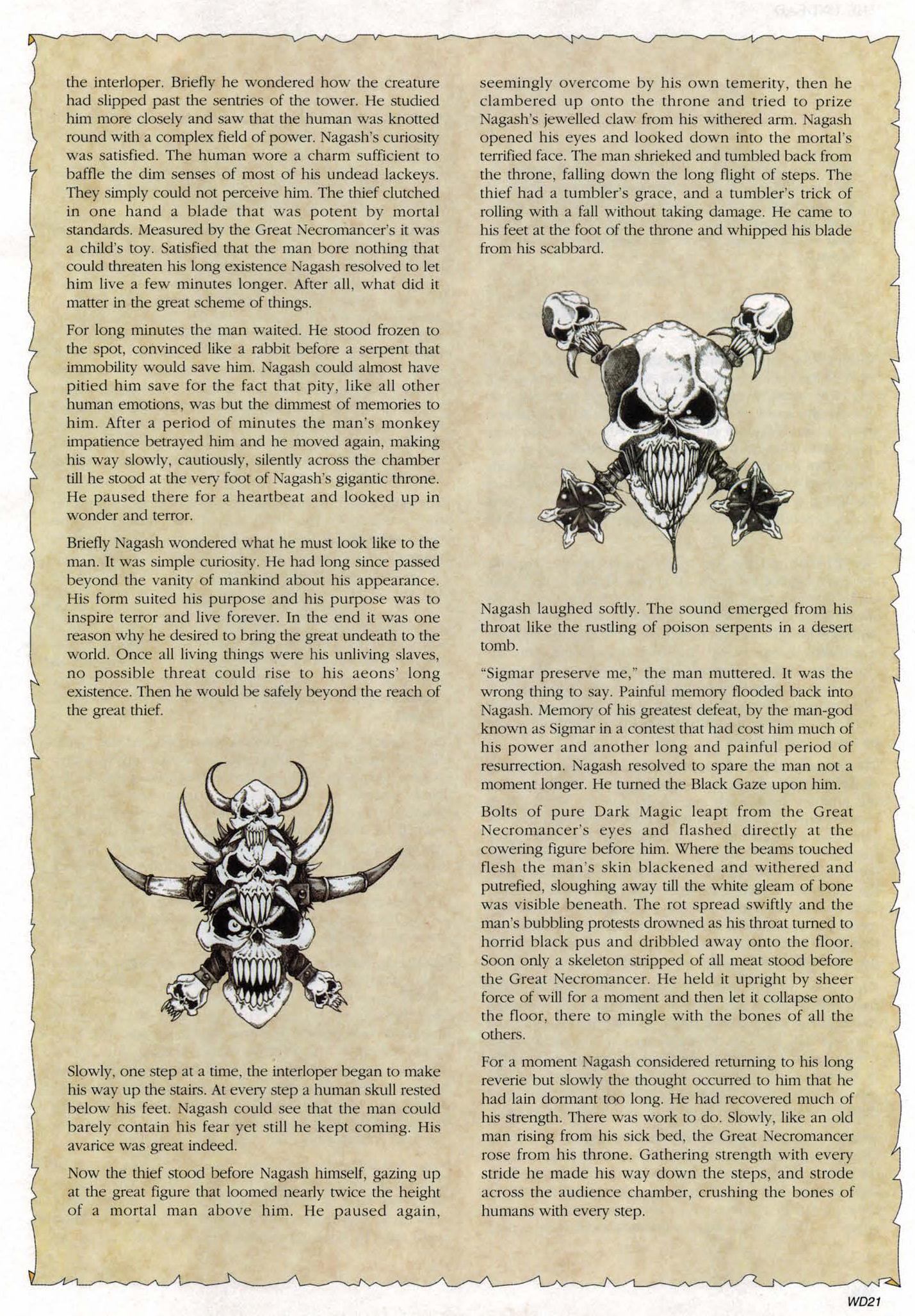 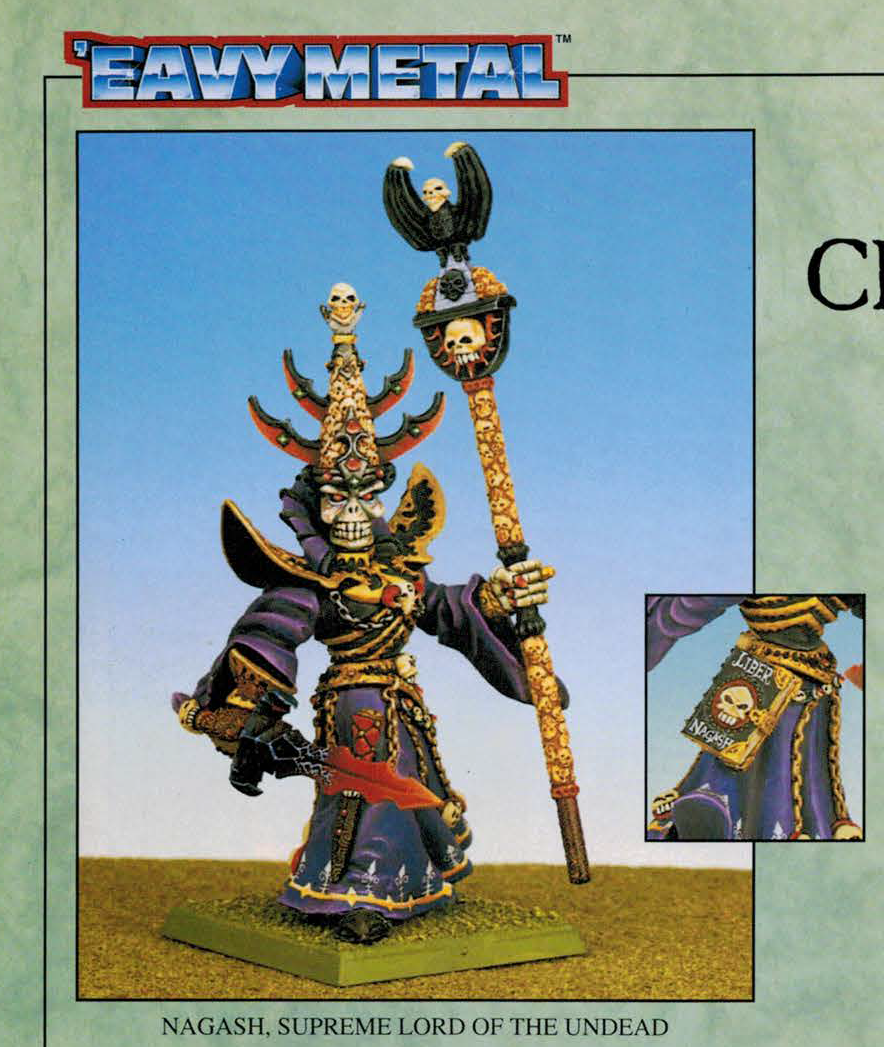 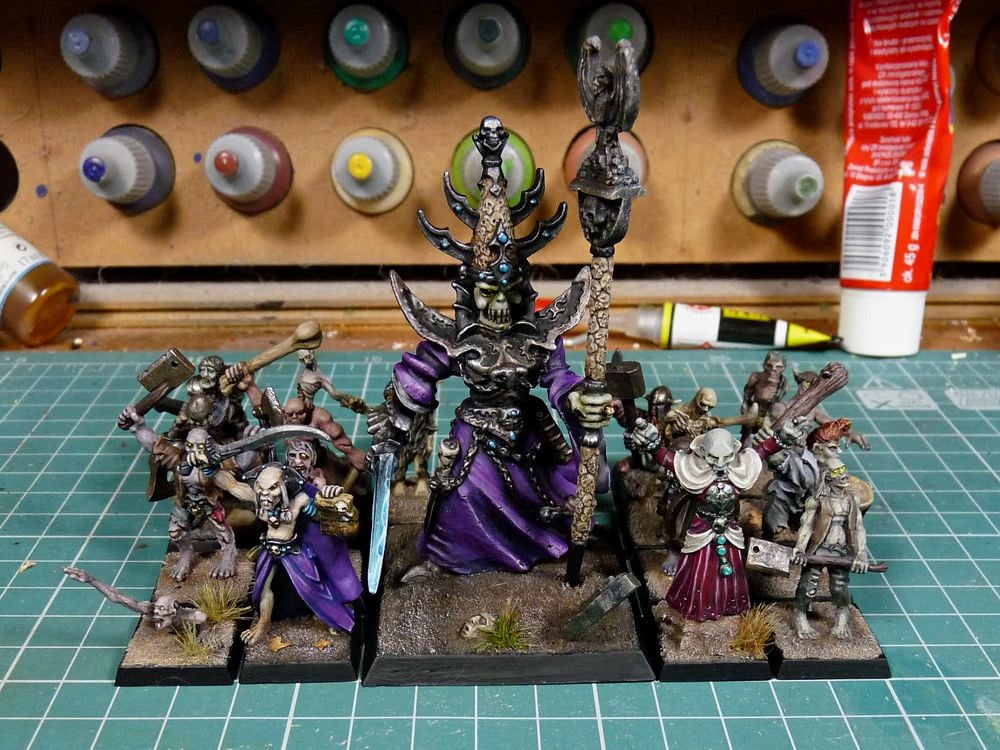 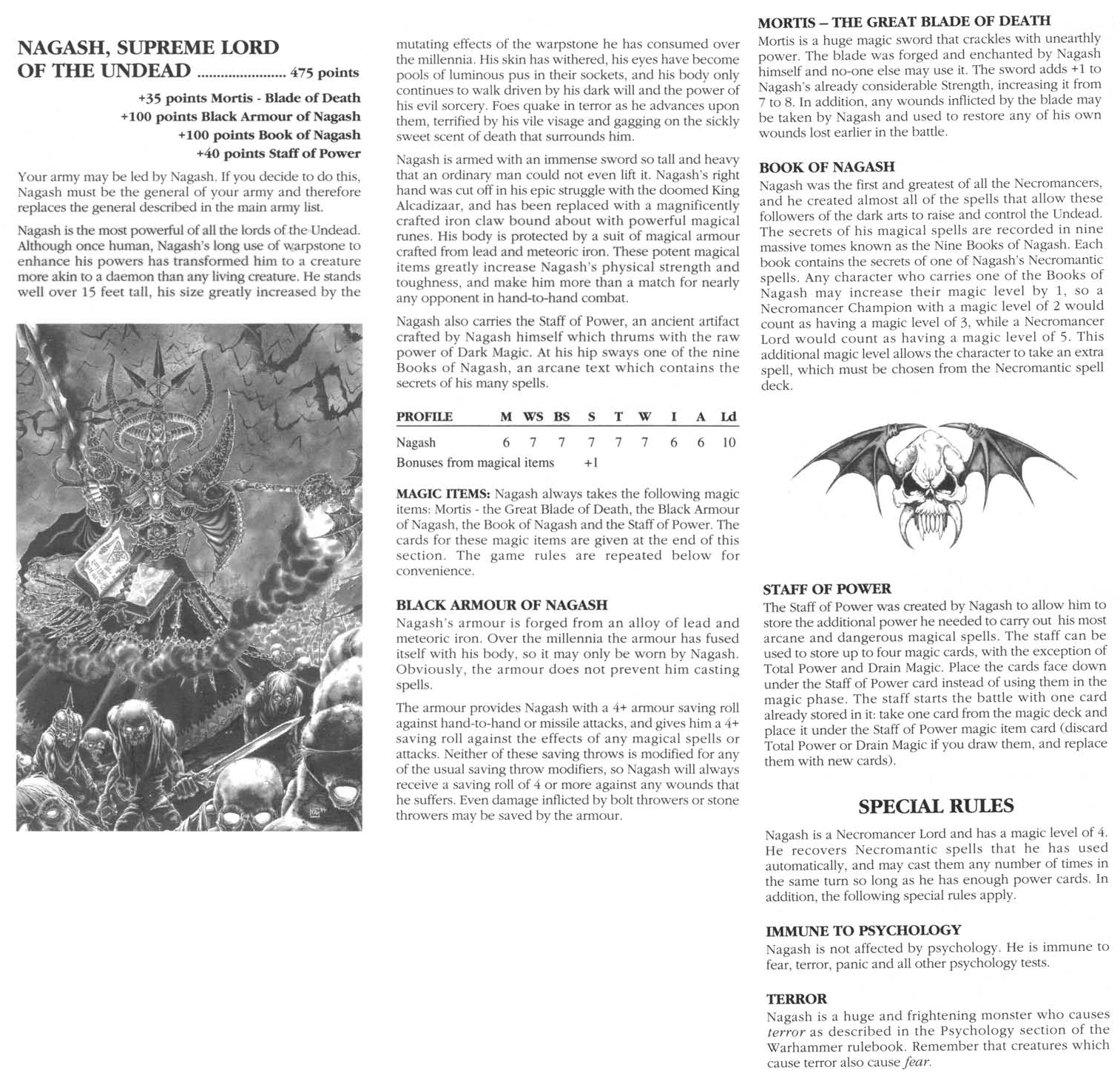 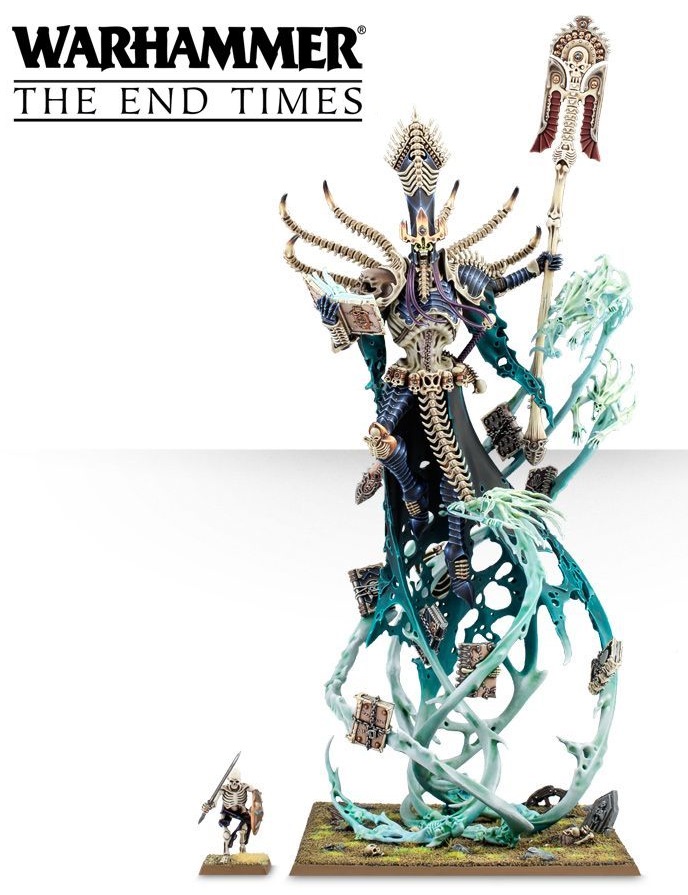 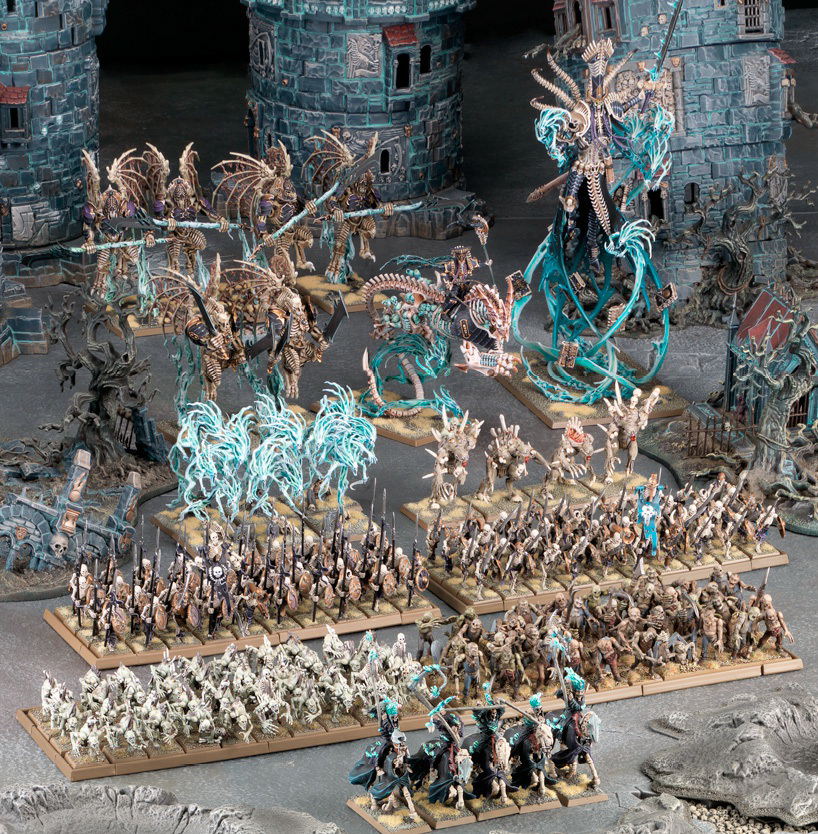 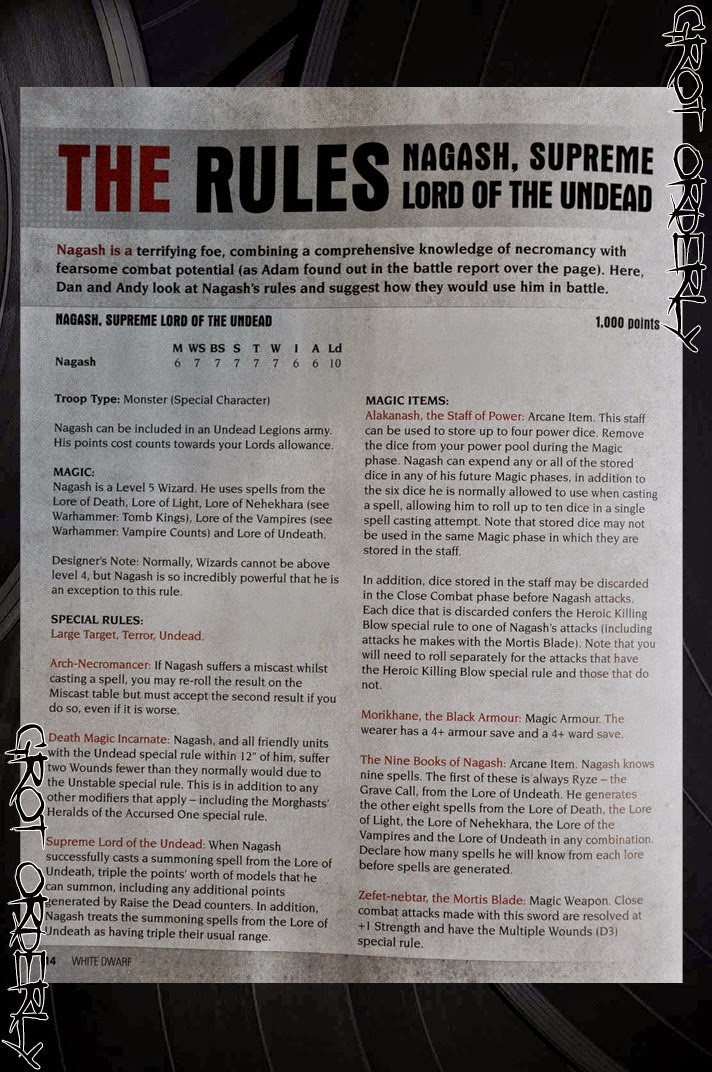 And while we are there, some addition from the Vampire Count armybook 8th edition (2011) 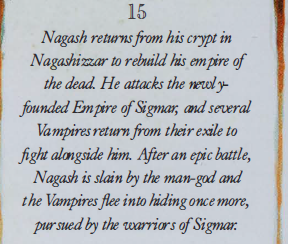 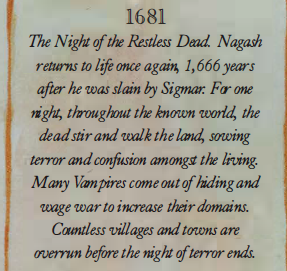 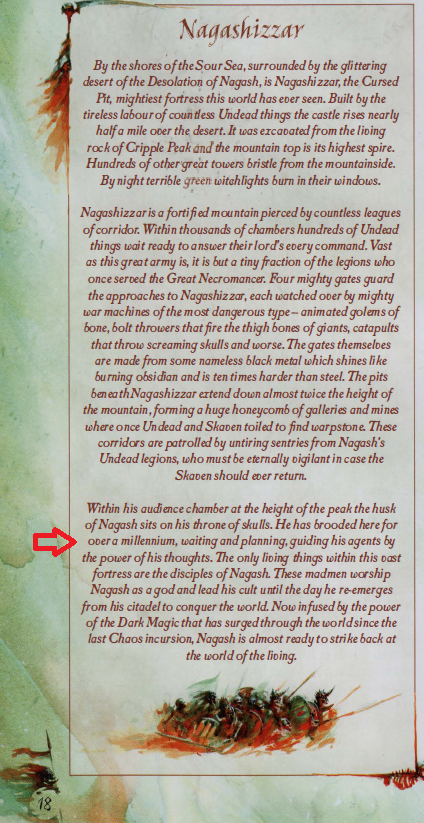 So even in that armybook, Nagash was already alive and walked the earth. We all know that 2014 "The (horrible) Endtimes" struck 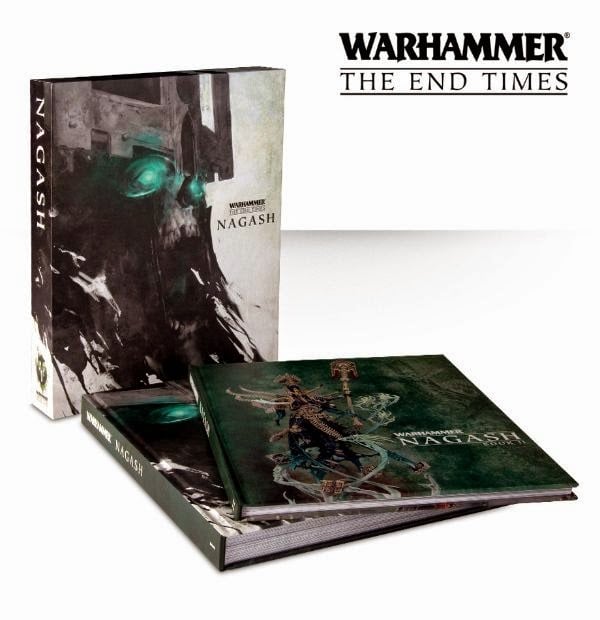 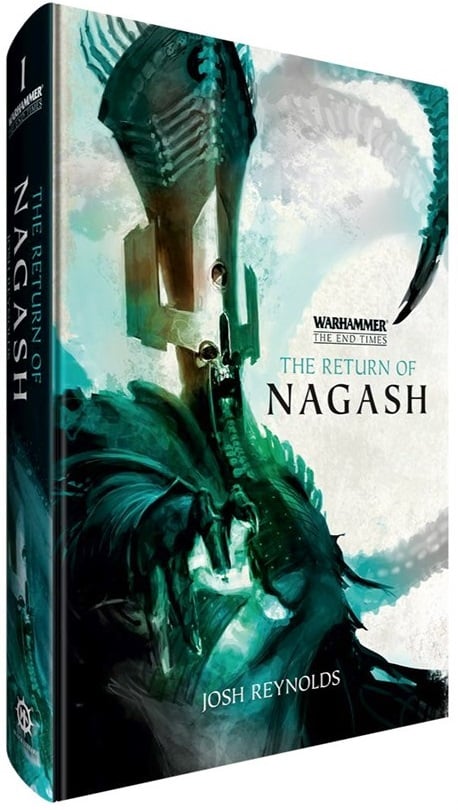 and told a different story about how Nagash in 1681 came only back for "one night" and faded then away, hence the first 200 Endtimes pages people collecting summon material over half the world and some battles to fight along that so that in the end they could bring Nagash back into the world of the living. But that is GWs horrible Endtimes and CA does not need to retell that.

And CA actually did not. With game#2 they fleshed out their own Endtimes story. We have to wait and see were it will take us in game#3, but in regards of Nagash we seem to walk the old lore.
Arkhans TK epilogue has him trying to summon Nagash from the dead, but apparently he is not there. 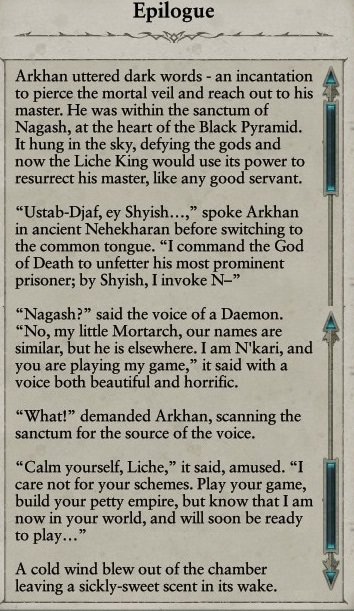 Later, when Nagashizzar was placed on Mortal Empire, Arkhan visits Nagash apparently there. 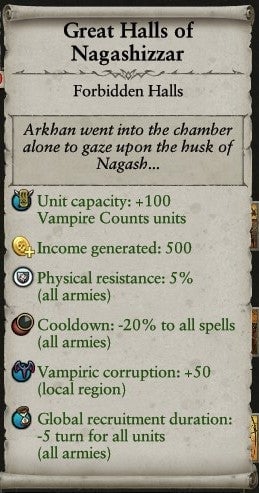 While the greenskin rework changed Azhags text, Nagashs crown pulling the greenskin towards its master seemingly has not much to tell us. 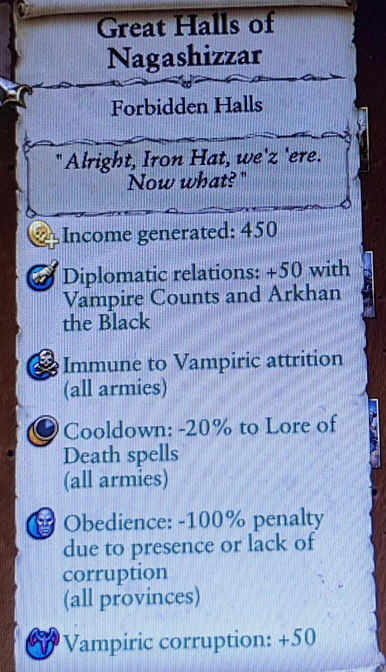 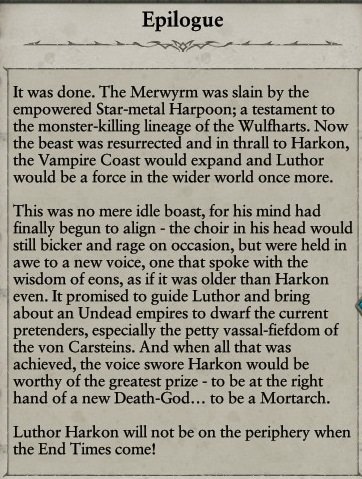 During "The (horrible) Endtimes, Drachenfels aka the Nameless was in service of Nagash but CA could of course have other plans since Drachenfels was on itself a very ancient and powerful being. Time will tell what game#3 might unfold for a story.