cvthnmgbljhfv Registered Users Posts: 24
August 16 edited August 16 in General Discussion
I have two pics of the roughly same situation in troy(sorry for quality here) and warhammer 3(all three have roughlt the same ui) 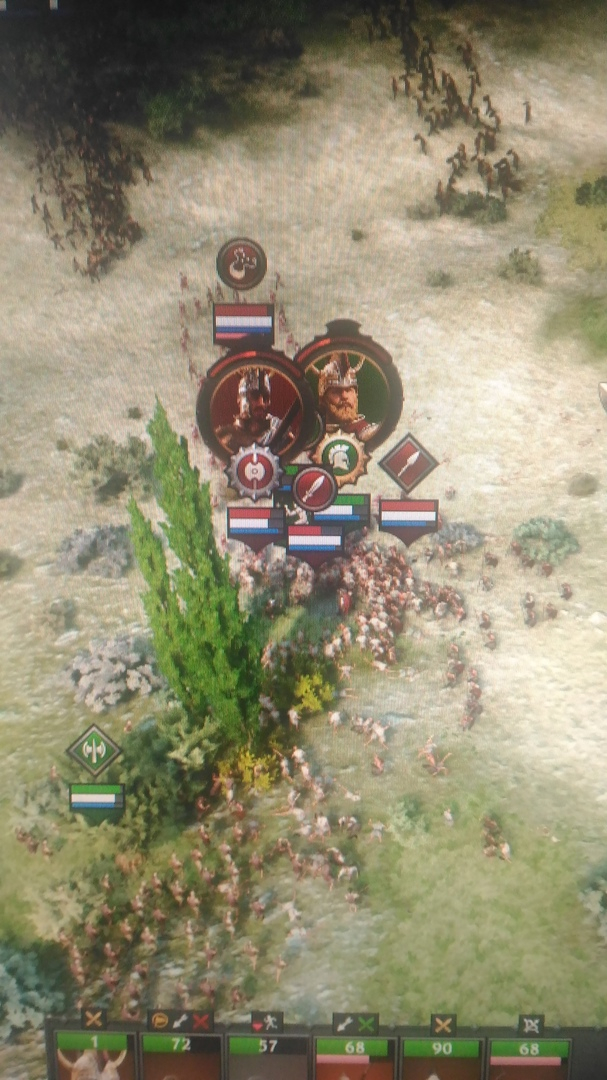 Purpose of those banners is to give us vital information about a unit whithout breaking our immersion because game that relies on spectacular battles yet keeps ruining them is ****.

As we can see with warhammer, unlike older titles it gives us all information we need, unit type, health, morale, but it still stylized to thematically fit and even affected by lighting to an extent, its almoust like an object inside the game

Troy and 3k(they both do it but troy i worse) on the other hand, as you can see take a different approach, enourmous, out of place, overloaded chunks of raw information cloating abouve units often hiding them below. 3k suffers less, but its also less informative, and still green circles ruin my immersion, every unit carries 20 small banners but they could not make another one one
I actually stopped playing both games because of this(also because of cheap animations, some balancing issues and LOD problem that was fixed only by warhammer modders and plagues whole series, but iam not here to talk about why current historical team is a total failure)