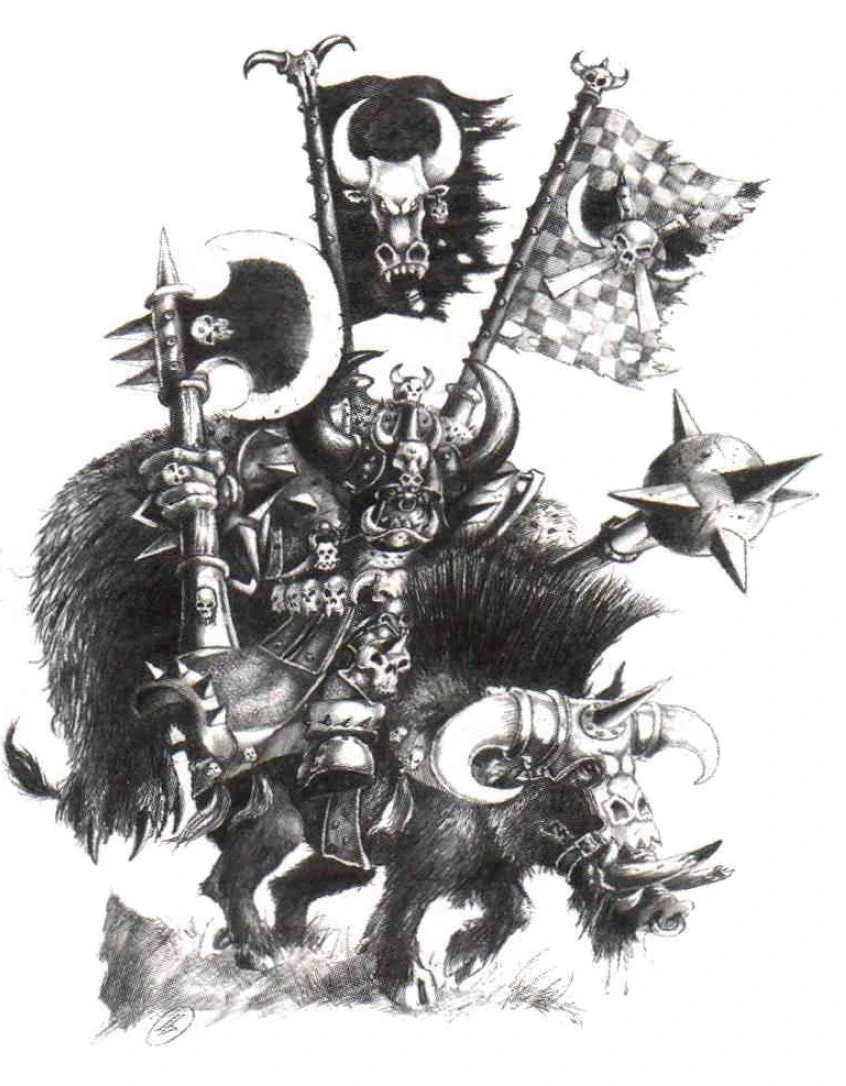 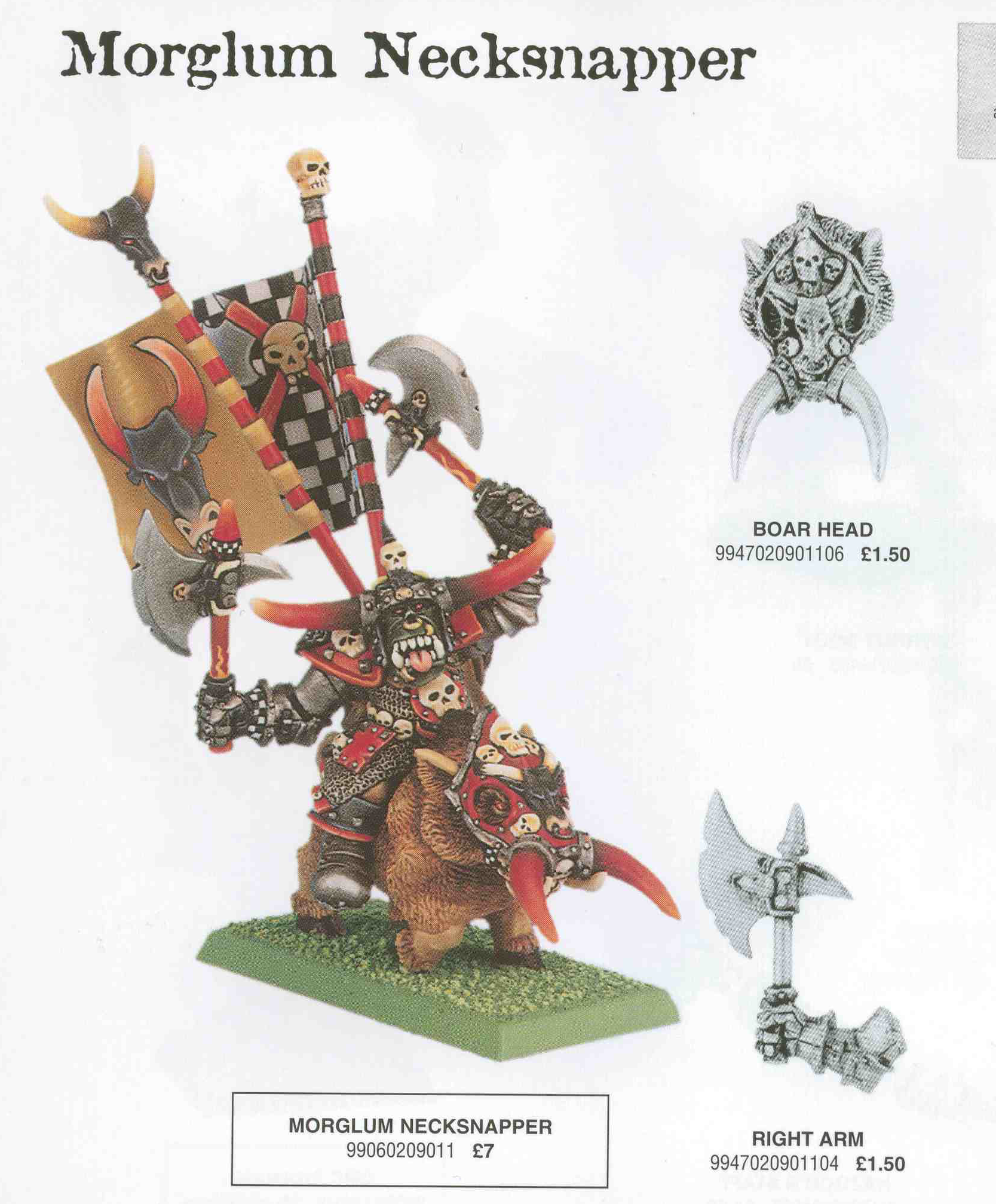 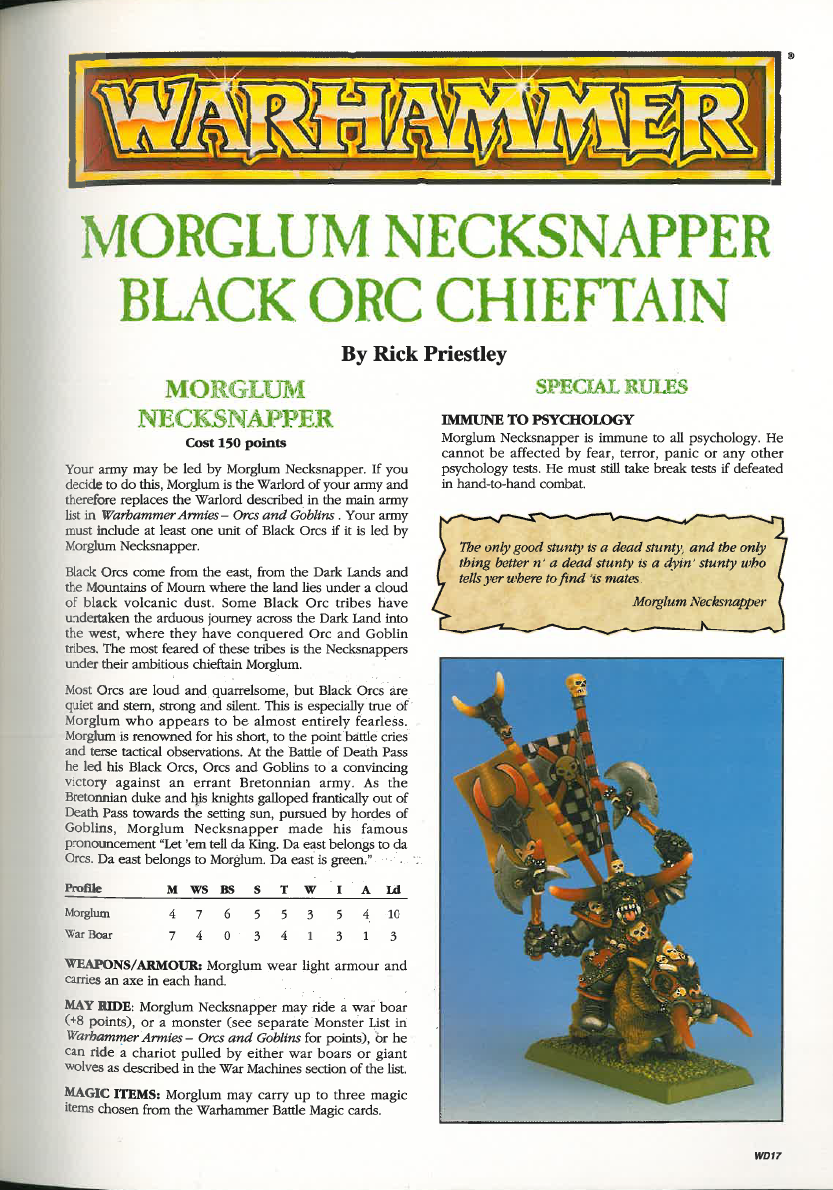 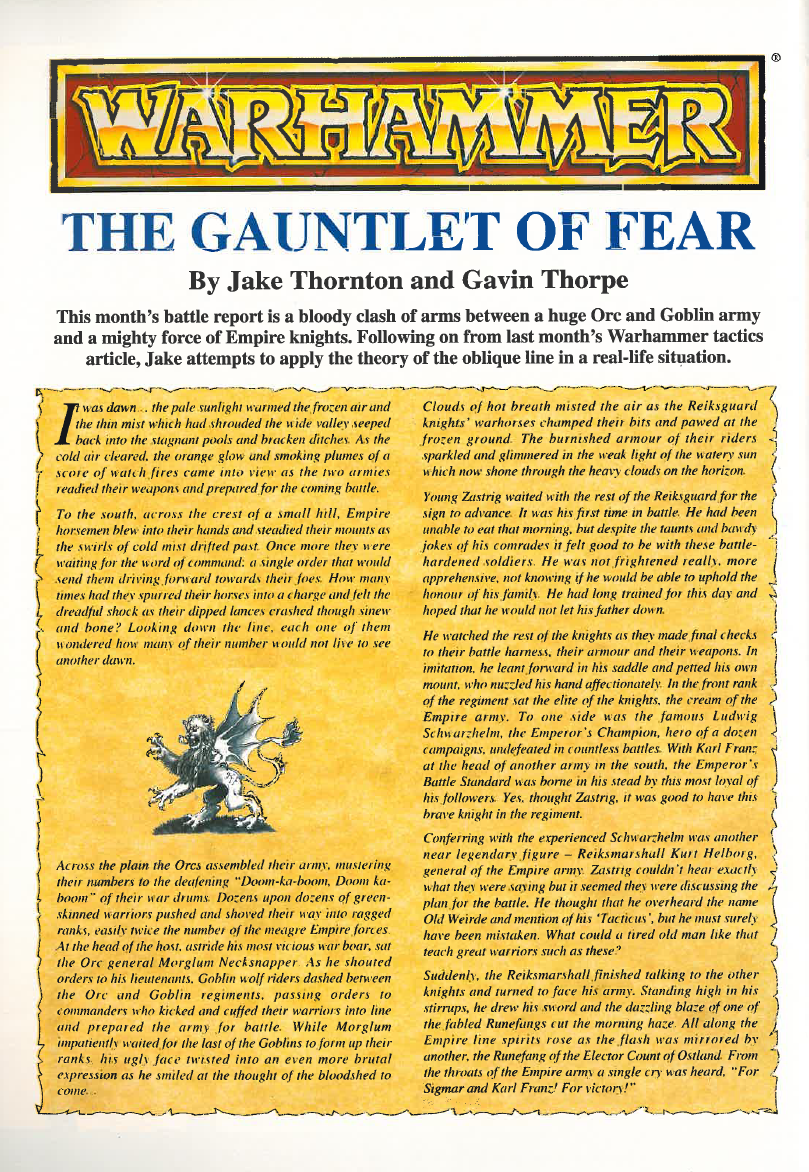 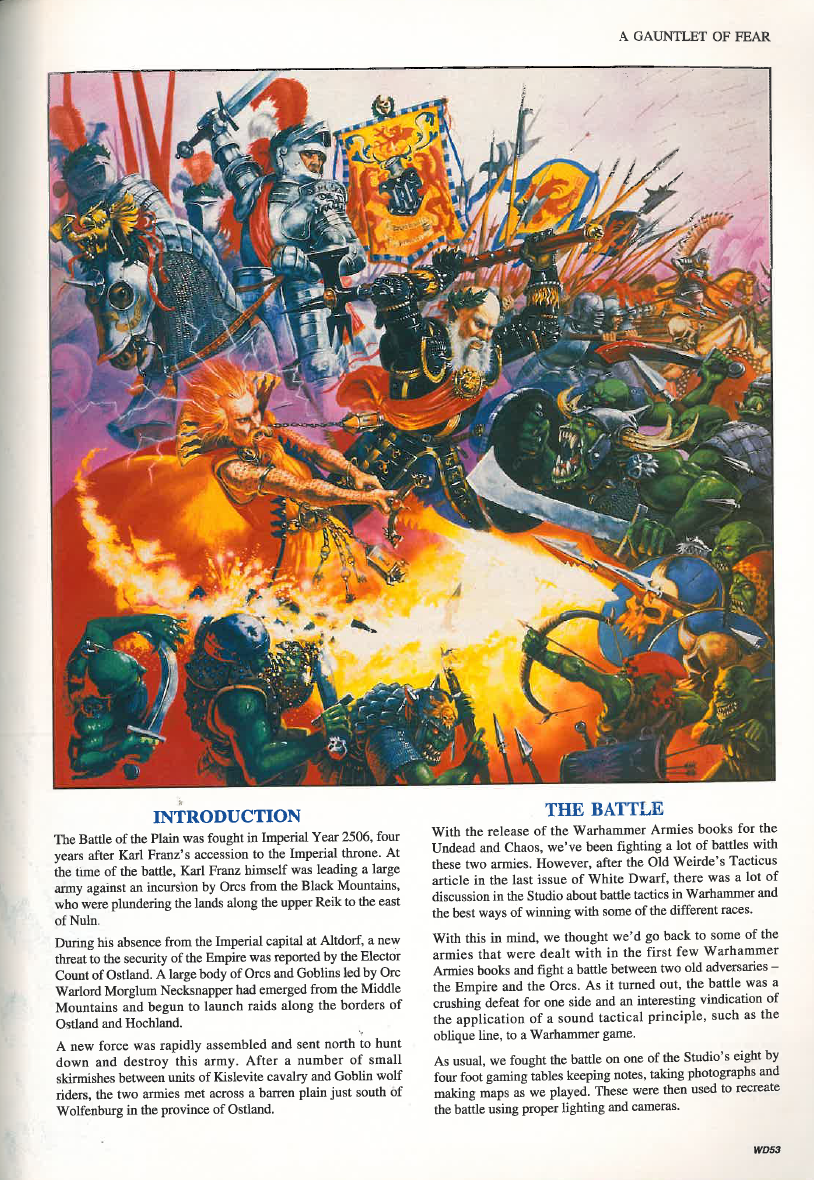 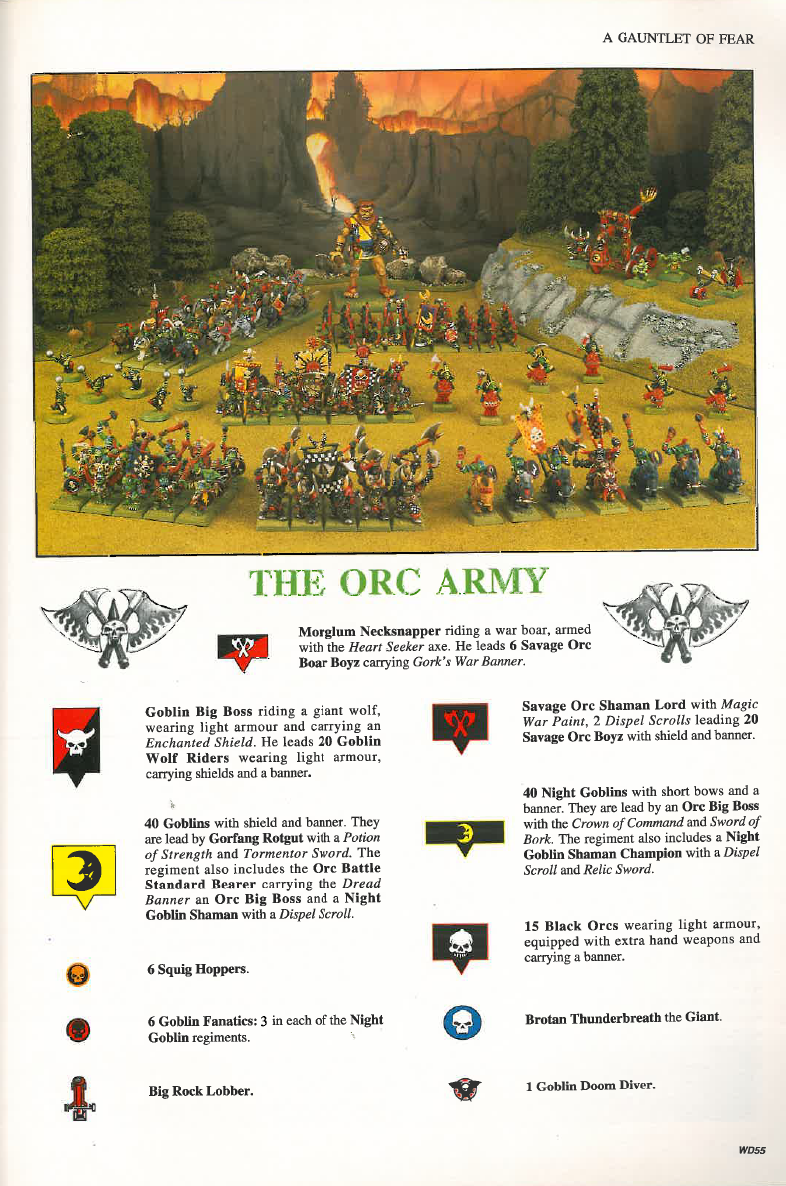 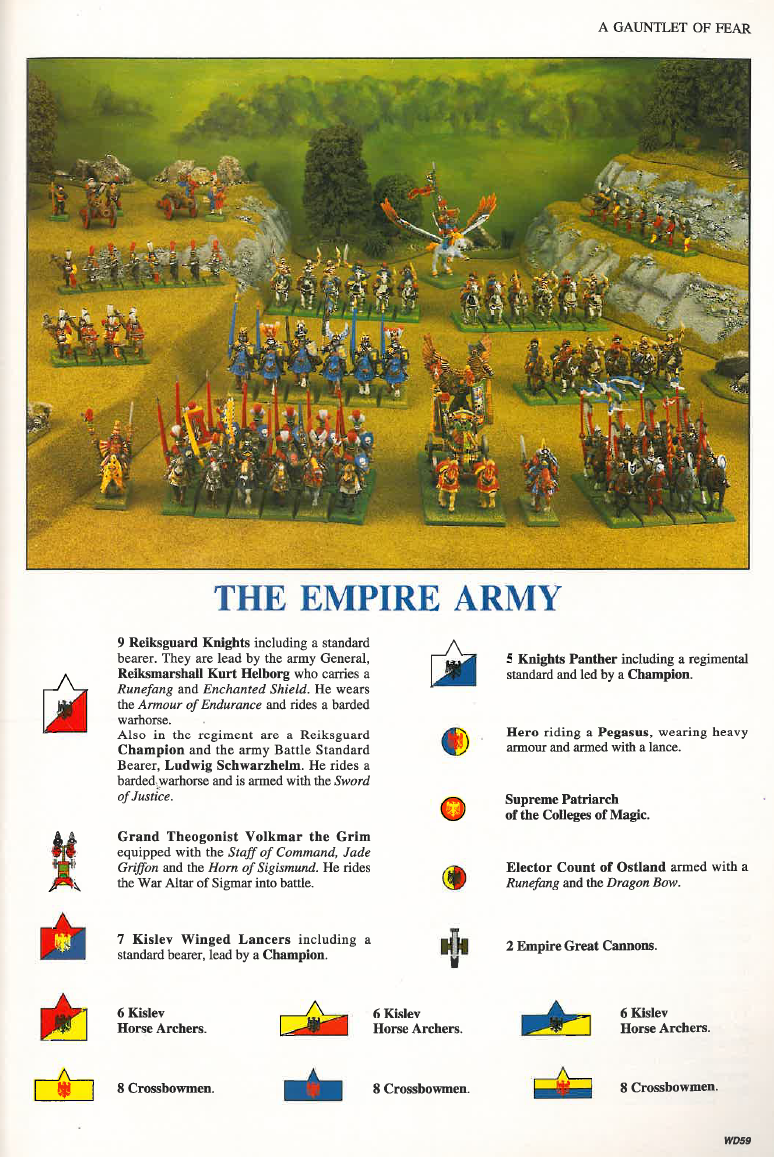 He was also around for a superduper 25.000 points 8-player WD battle report, even if that might not be of actual lore relevance if looking over who else was around for that battle 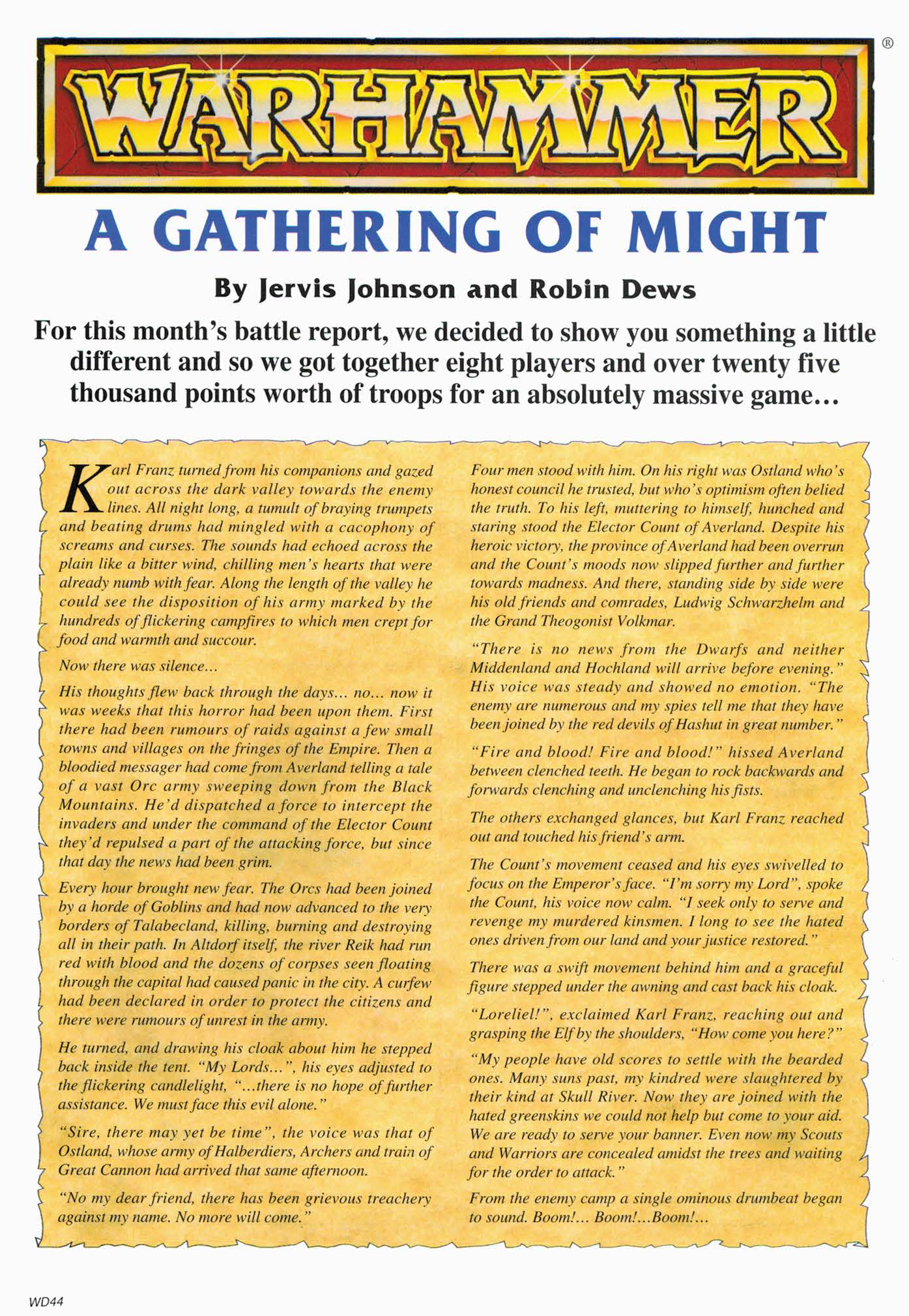 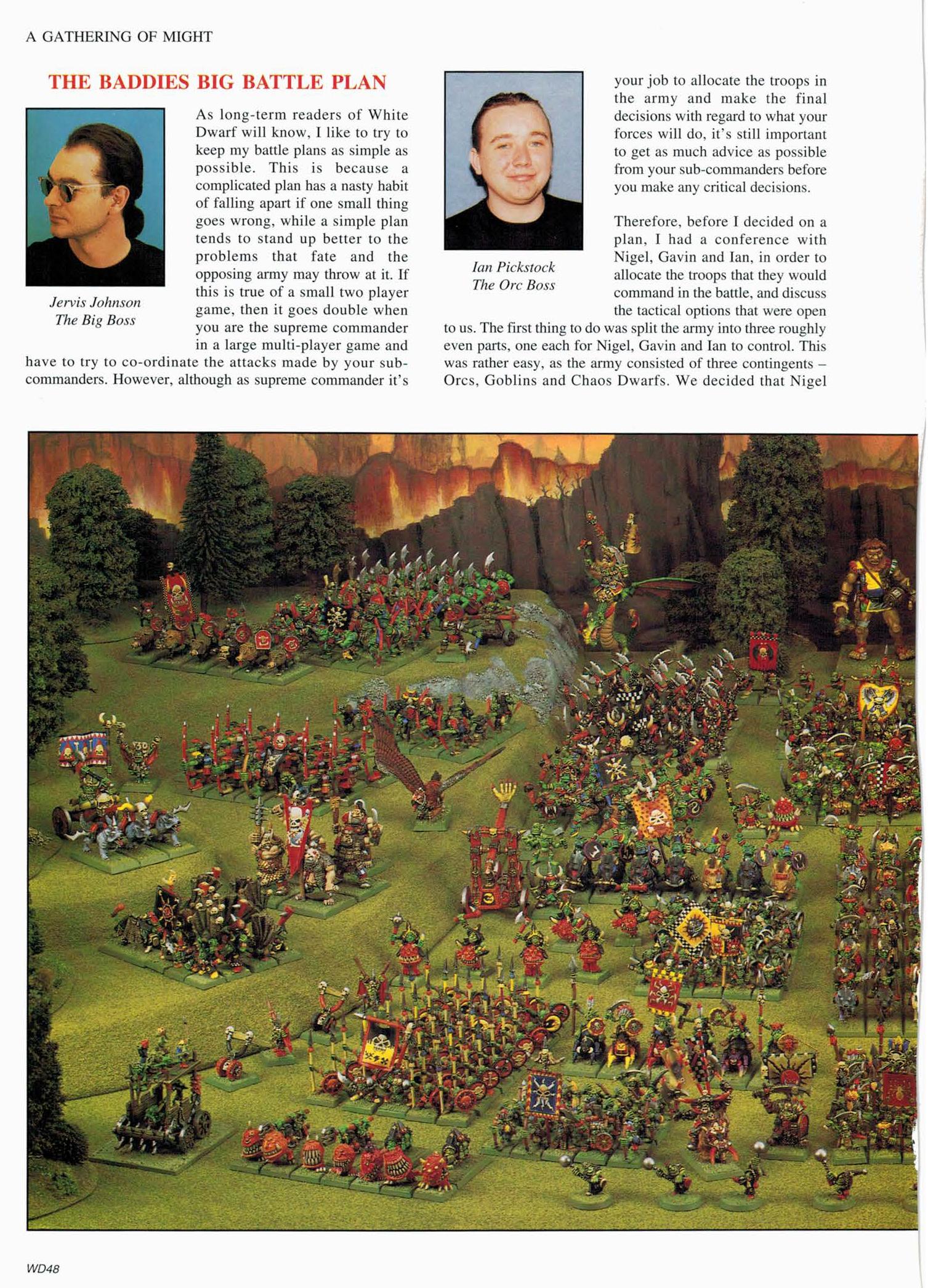 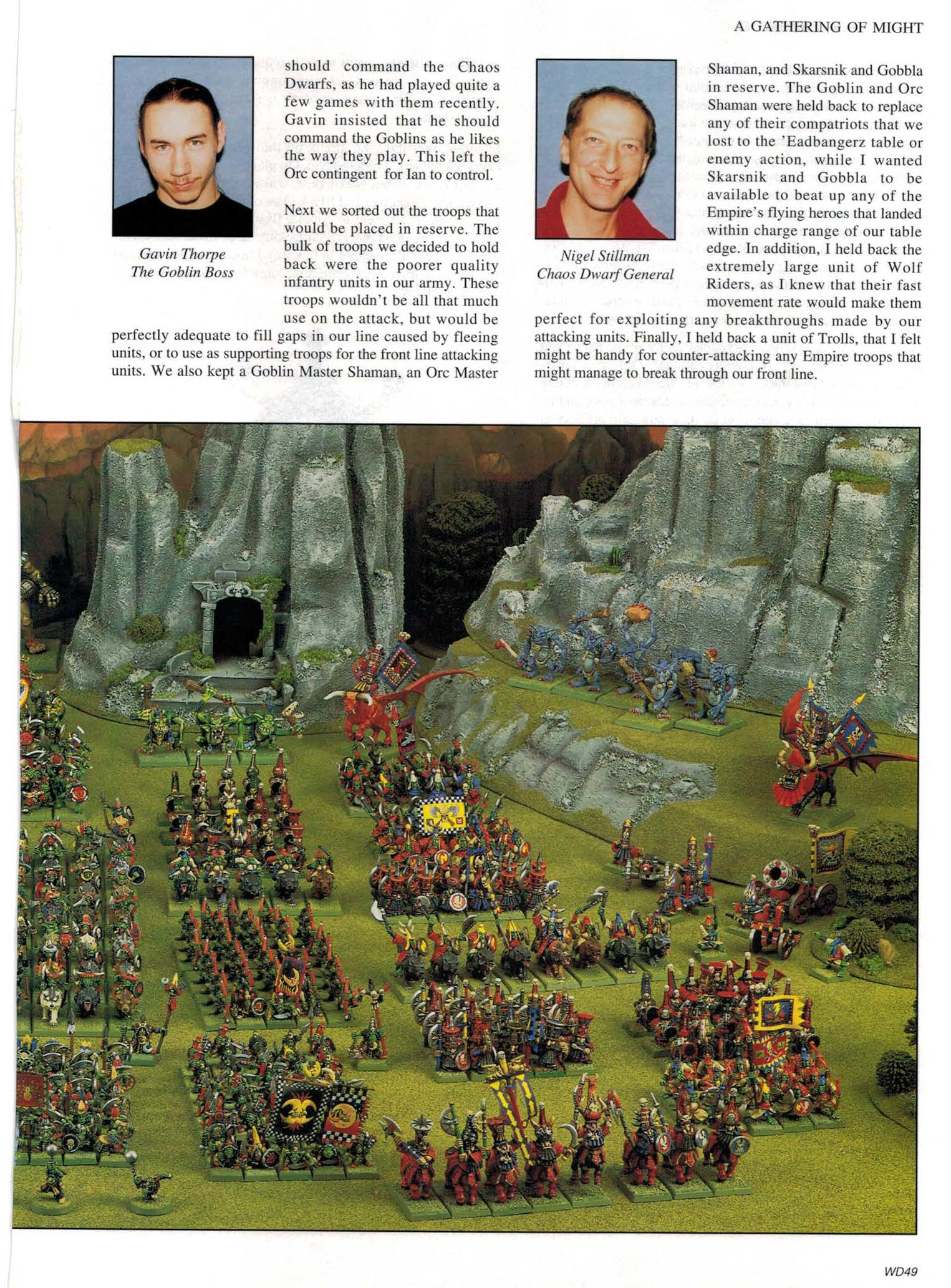 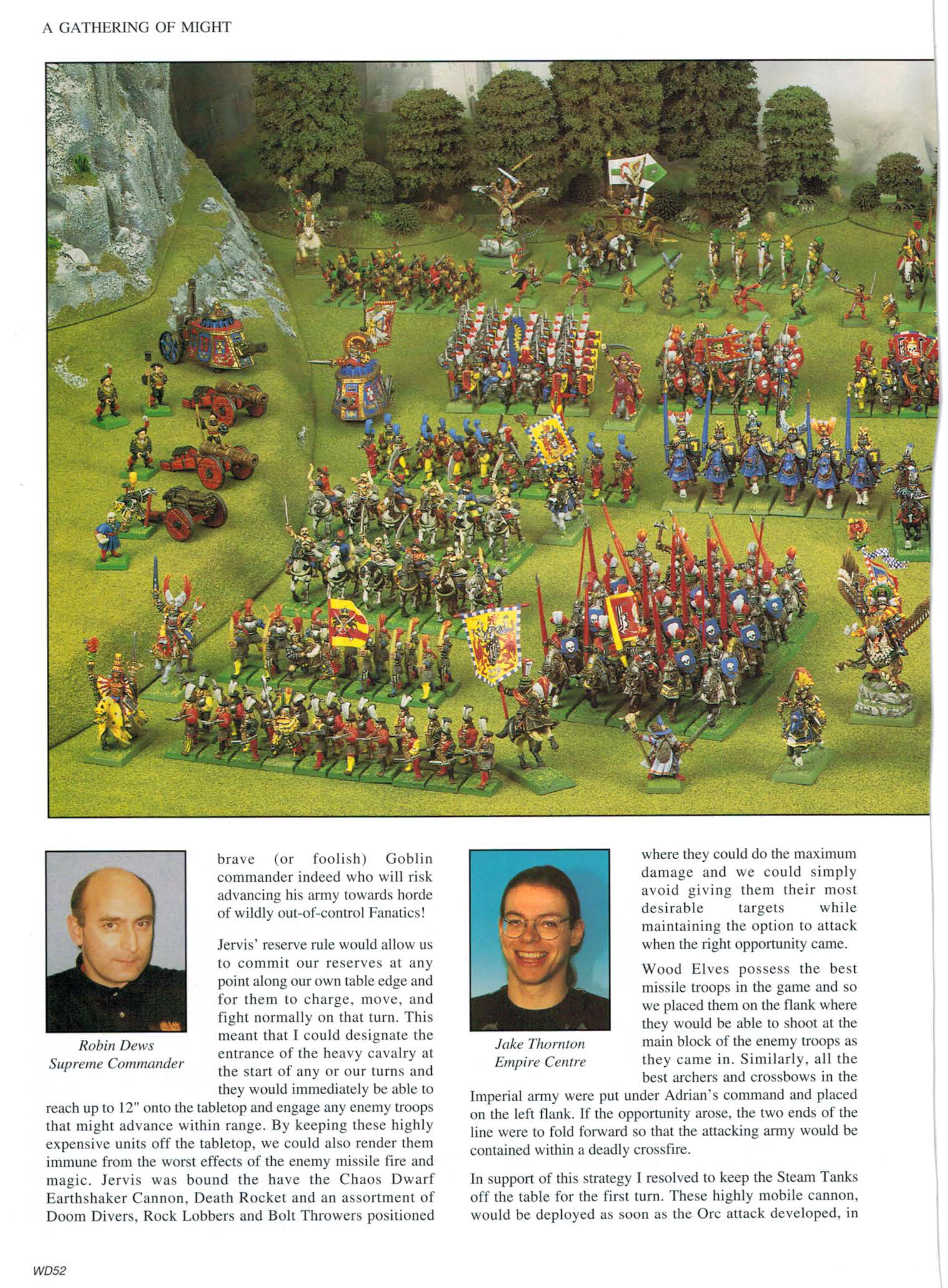 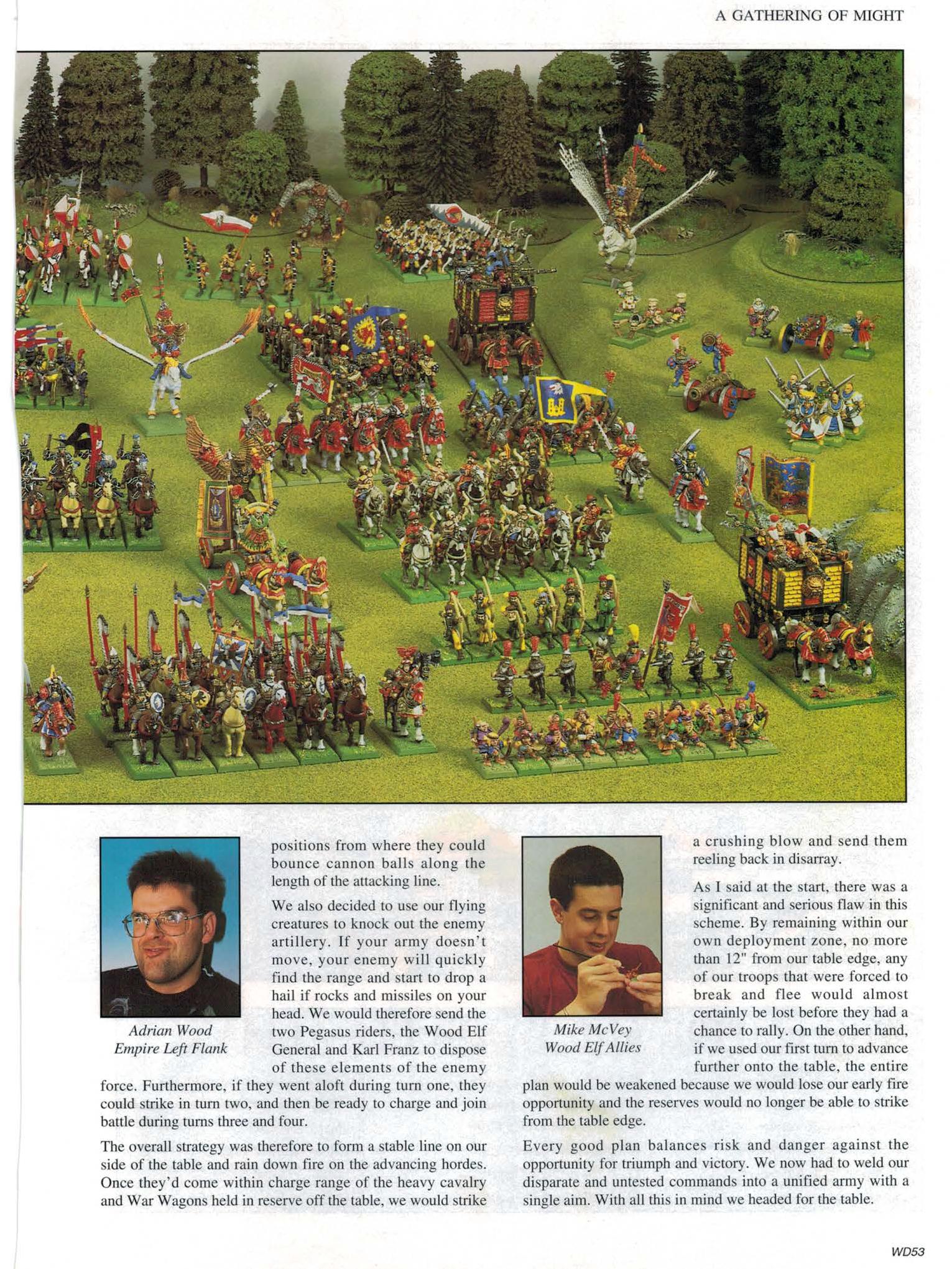 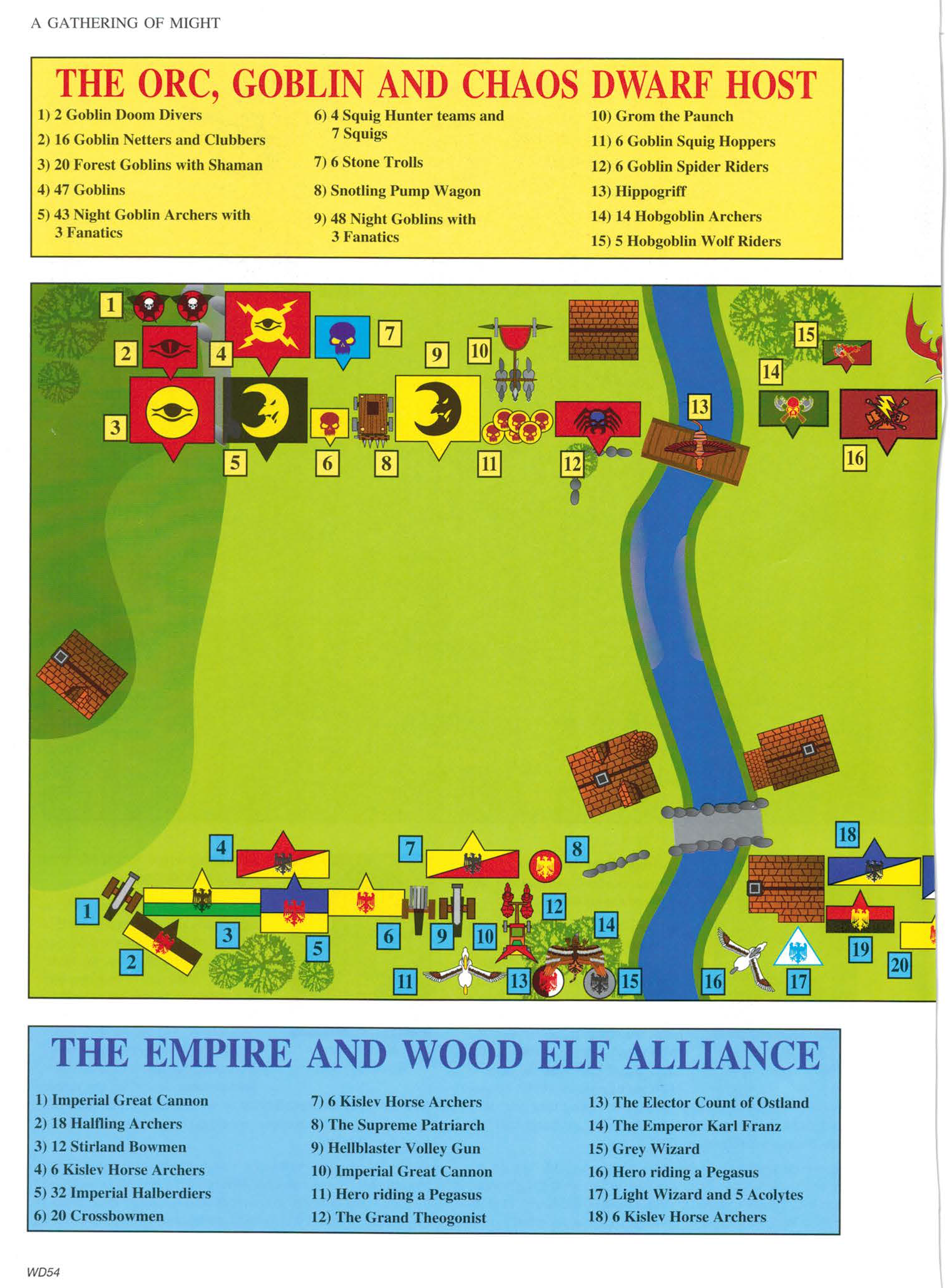 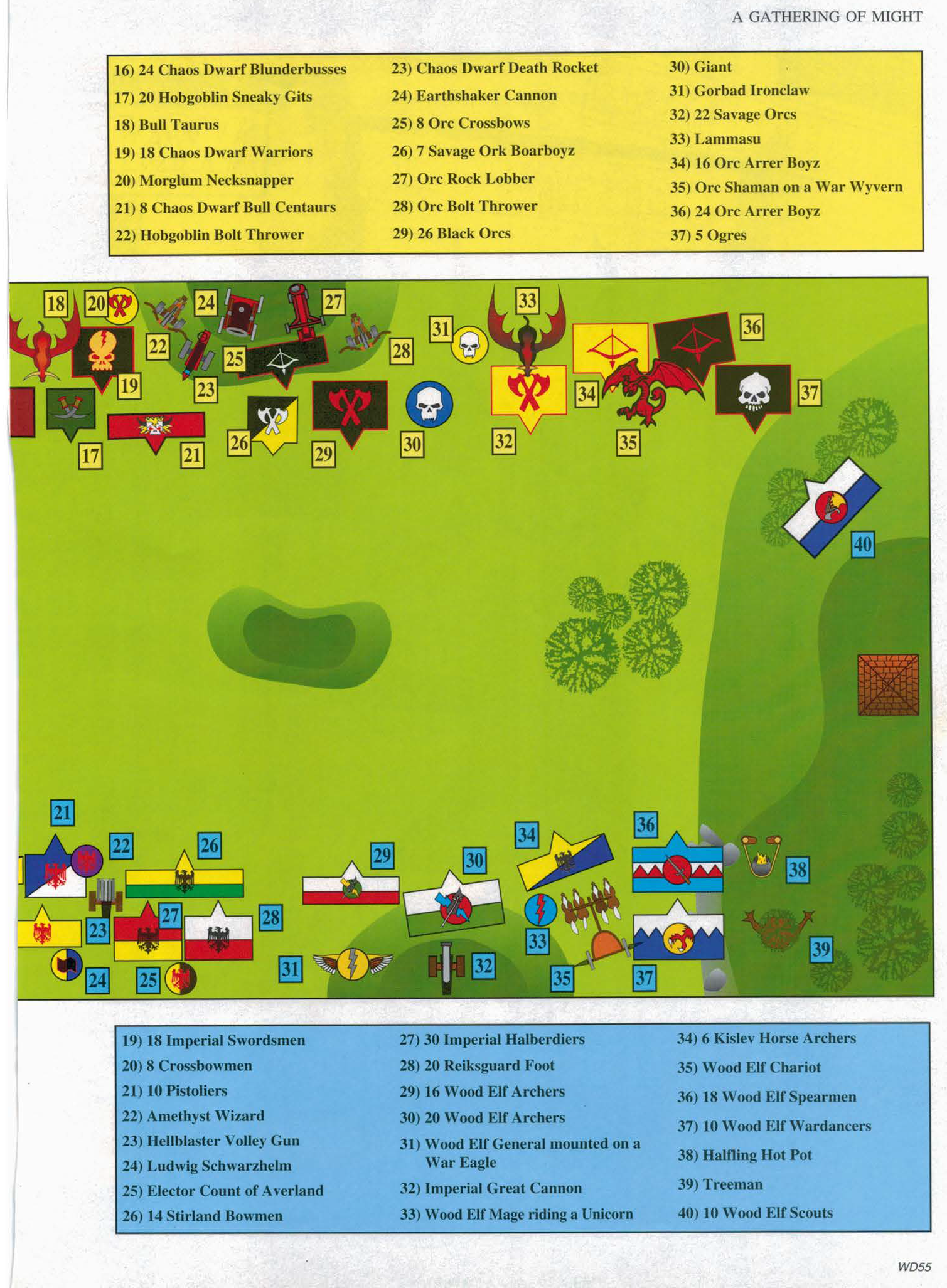 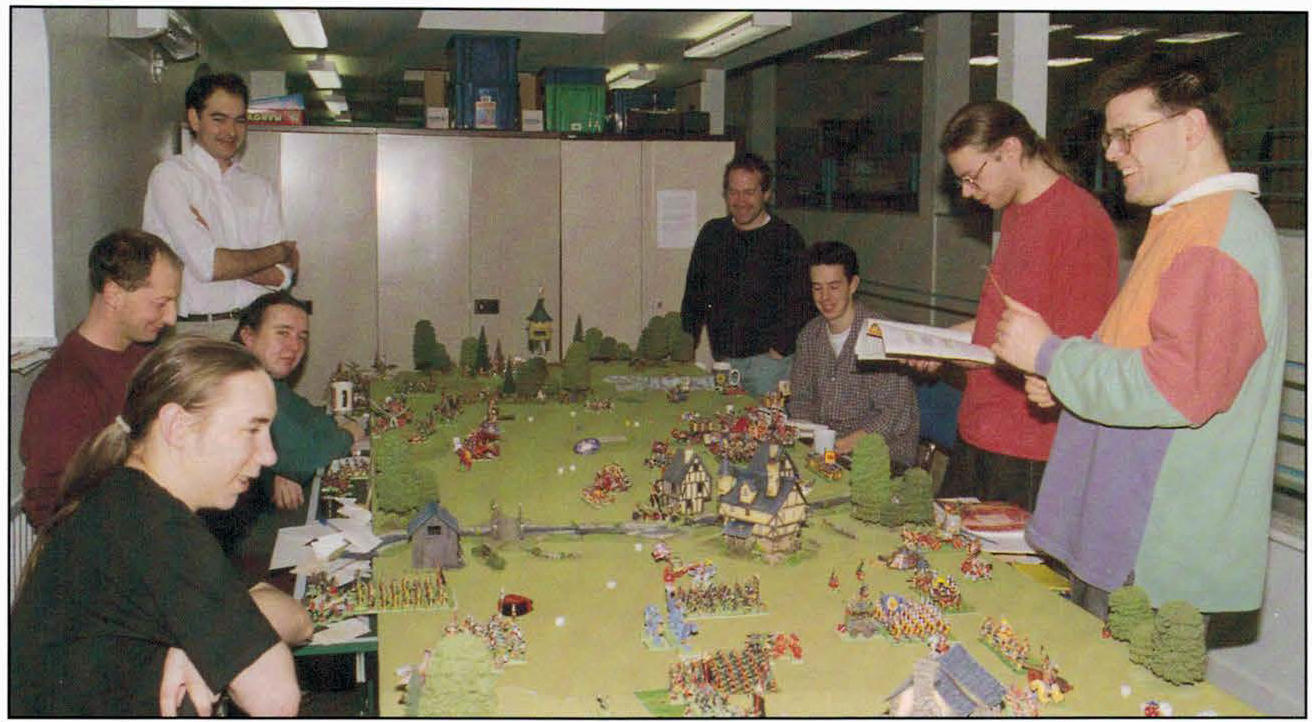 
His historical biggest acknowledgment (so far) seems to be crushing some stupid Bretonnians crossing Morglums path in teh Worlds Edge Mountains. 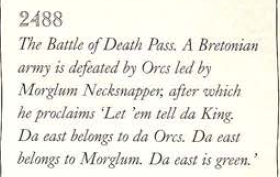 He also worked with Gorfang Rotgut at least once together.

In 6th edition, with the new O&G armybook, GW introduced Grimgor and Wurrzag, while all the older ones were put on the reserve bench. Morglum and some others still got updated rules over the GW Homepage. 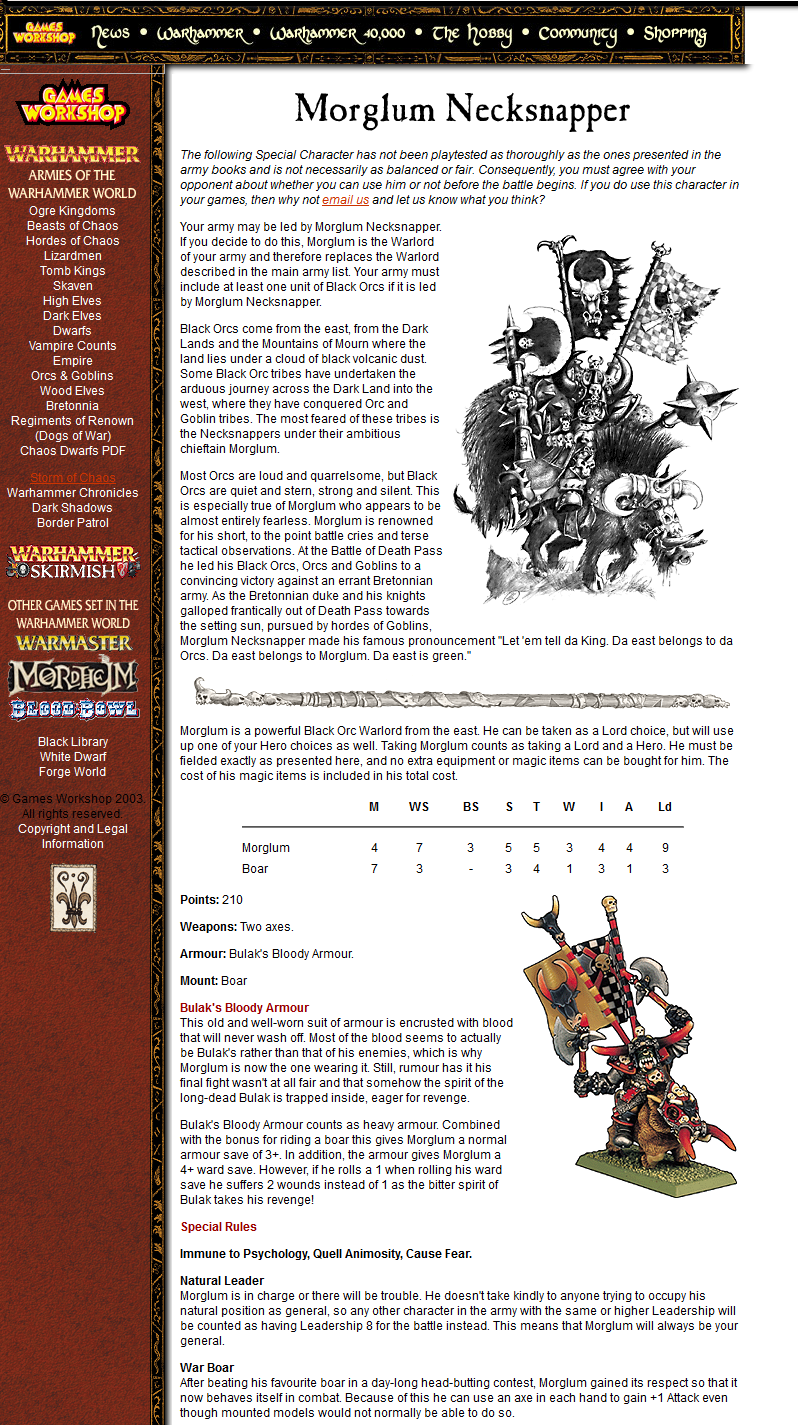 Some sites also attribute the 6th edition armybook cover artwork as well as another Adrian Smith artwork to be Morglum. 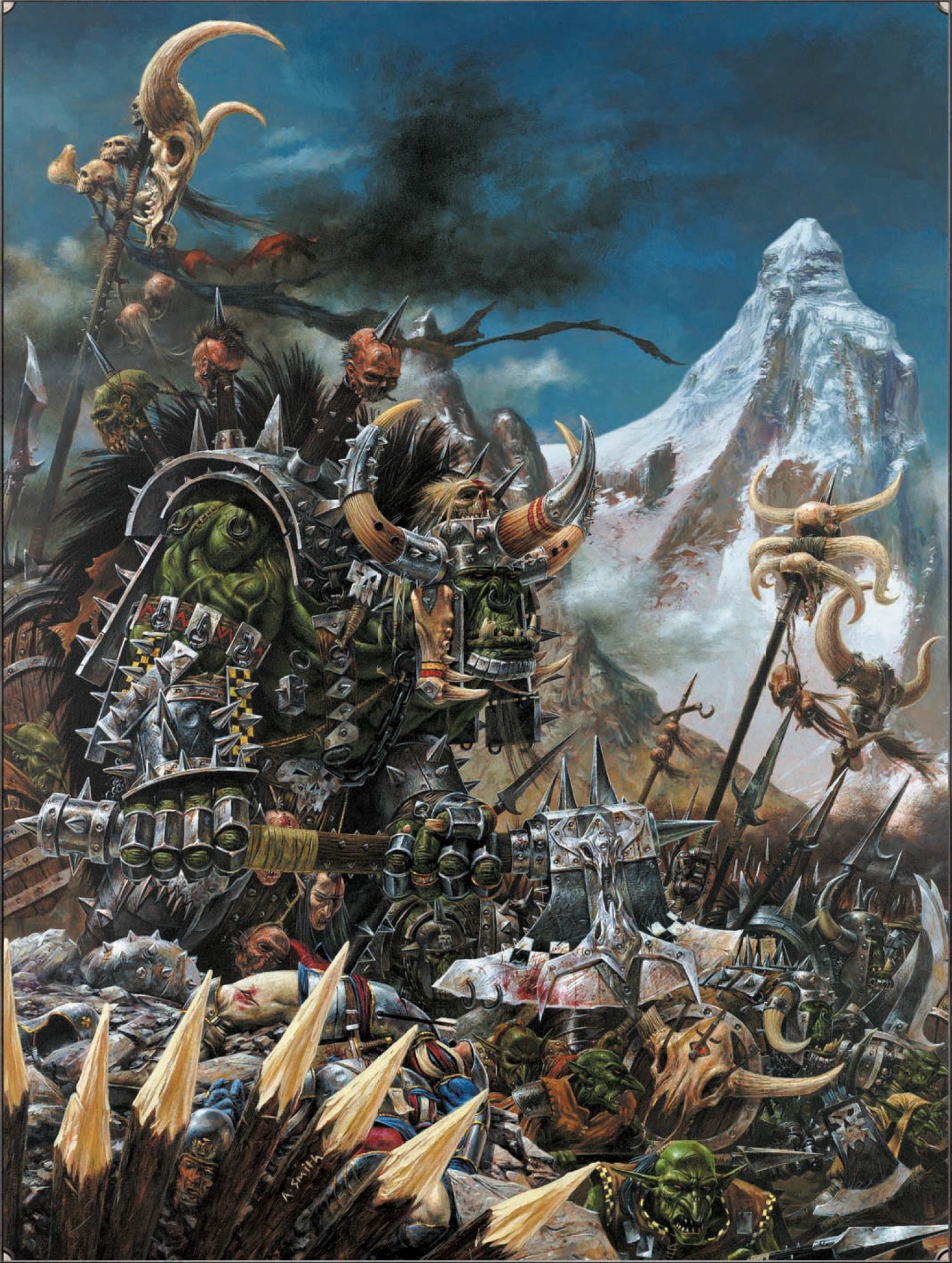 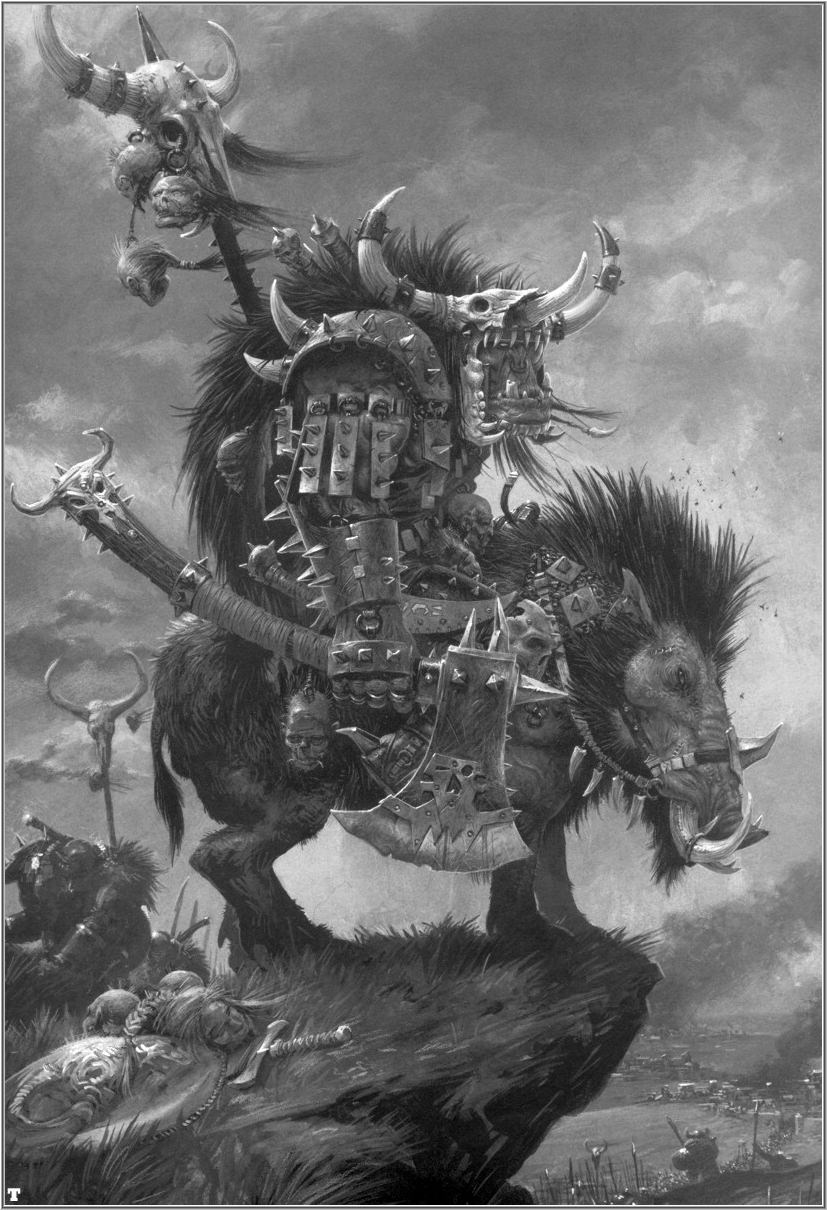 Conversion for the artwork: https://www.puttyandpaint.com/projects/21495
But I can't really confrim that these should really show a "more modern" Morglum. So take them with a bunch of salt.


It was clear that Grimgor as the new Black Orc was now there to be the new biggest and meanest. And that held true for later editions. Morglum still manages to be mentioned every now and then like in the 8th edition armybook. 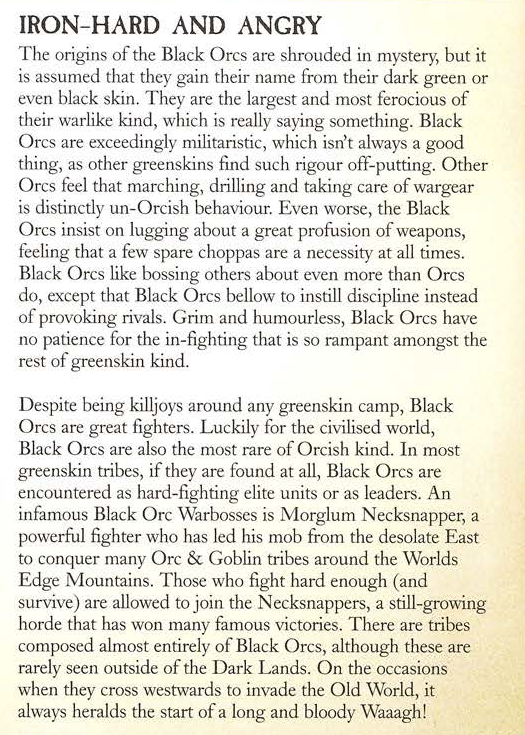 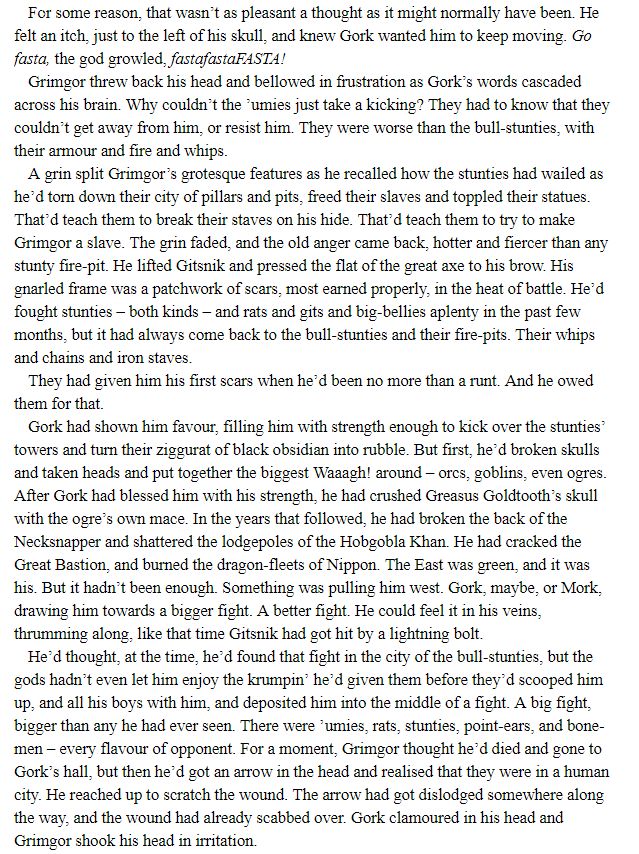 It is noteworthy that he still was alive and in power then. Remember, Orc society is build around being the thoughest and sharpest while we don't really know how long those fungi can live naturally. And while GW did not really made much out of Morglum, from 2488-2525+ to be alive and in charge means he might have a lot of stories to tell if someone would take the time for his chronicles. Who knows what his boyz managed in the Worlds Edge or the Dark Lands or maybe even further east that was never chronicled by some Empire scholar

Also noteworthy: One of Morglums cronies

already made it into the greenskin research tree. 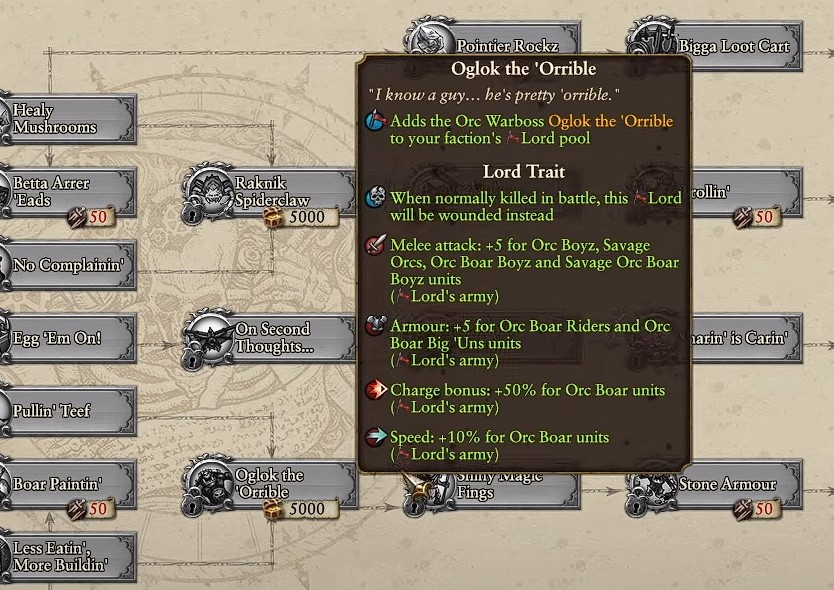 Which brings us to a possible TWW future. The Necksnapper tribe already was shortly a TWW faction. 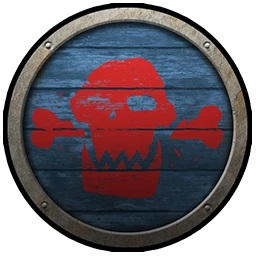 https://totalwarwarhammer.fandom.com/wiki/Necksnappers
With the upcoming Dark Lands map expansion, and probably still having the Worlds Edge Mountains around, Morglums playground would be right there and CA could place him basically were they would need maybe some variety. Assuming Grimgor will not be put into the Dark Lands, Morglum Necksnapper is the next best thing. He is also riding a boar so all the "but Gorbad would be unique for boar riding" arguments would be also dealt with and as a Black Orc of course Morglum has bad blood with the Chaos Dwarfs. Which could make an excellent rival DLC, even if we have the obstacle of Chaos Dwarfs probably being a DLC race themselves now.
Once we see the first parts of the game#3 campaign map, I would at least keep an eye out for the Necksnapper tribe (assumingly around Worlds Edge Mountains). Would be a waste to not use them and if on the map, who knows what comes later. I think we all expect another crossover DLC in game#3 no matter what. Even if we are not sure which LL might be leading whatever new content then, Morglum would be a solid choice to raid against Cathay or Kislev. 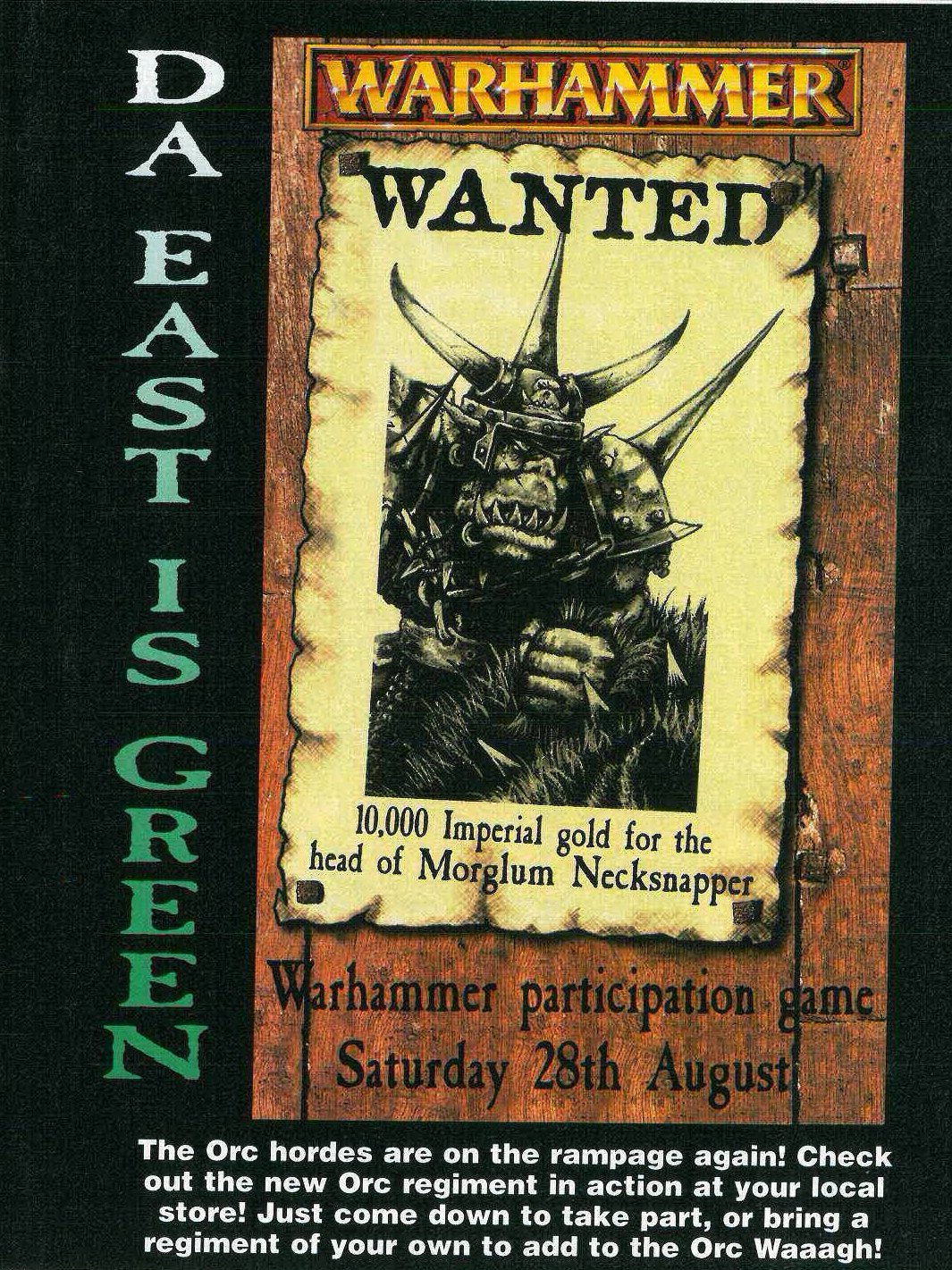