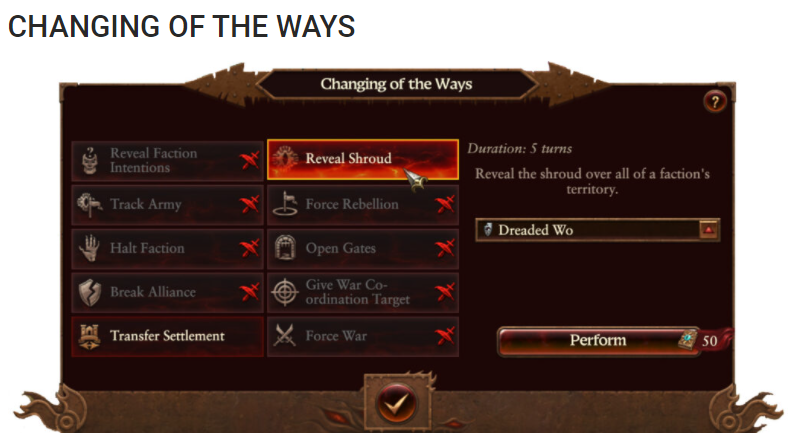 I'm especially intrigued by the "Reveal Plans" option here. I would guess it reveals the AI's planned movements for the next turn? Lots of fun options available here, but it also looks like most are tech-gated. Probably for the best when it comes to balance.

Tzeentch being able to manipulate the winds comes as no surprise, but I'm curious as to what's in store for the reworked Winds of Magic and Power Reserves mechanics. It seems like the winds will have a much more active effect on the campaign map than how they function currently. 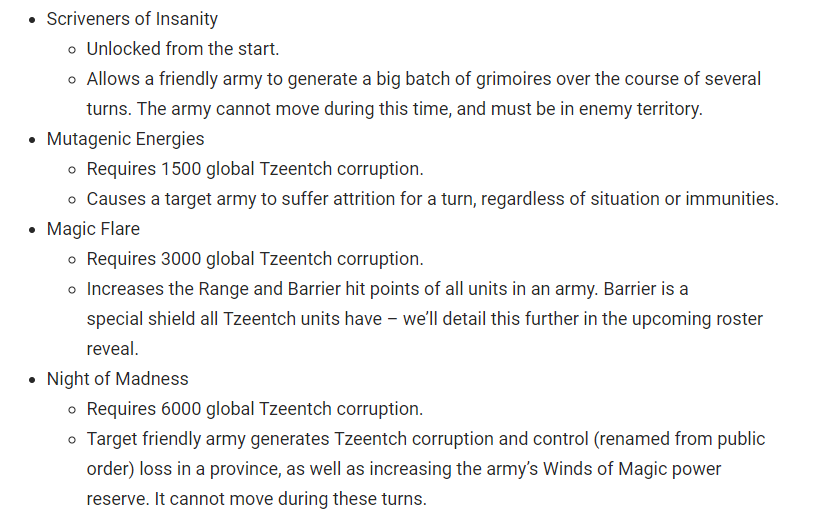 The Cathay Mechanics post also revealed the unique corruption types for each god. It looks like each level of global corruption unlocks a new action on the map. From this excerpt we also learn that Barrier is a unique Tzeentch mechanic available for all the faction's units. 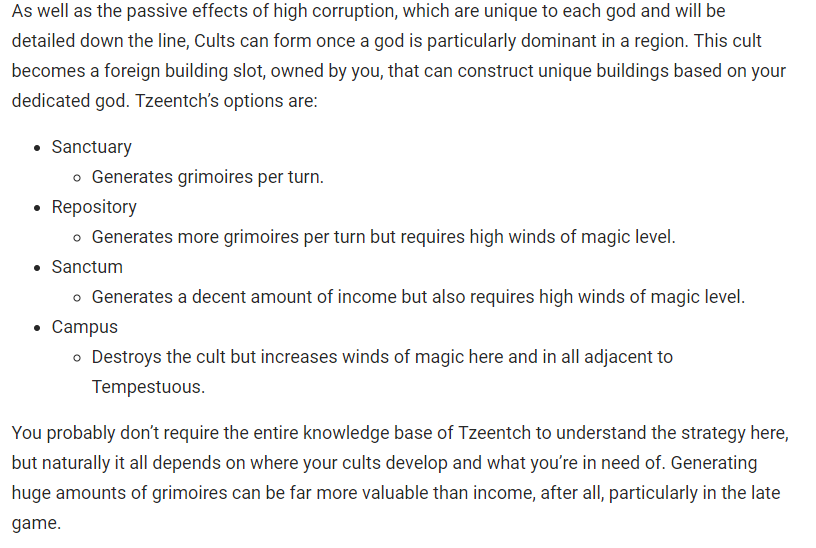 In addition to unlocking Unholy Manifestations, high corruption in a local area will also give you the opportunity to create a cult. It looks like most the Tzeentch options revolve around controlling the local Winds of Magic.

Everything you love and hate about Underway and Stock in one handy stance! Also tech-gated for good reason. Looks like you'll want to kill the Tzeentch faction as soon as possible if you want to avoid mass deep striking armies late in your campaign... 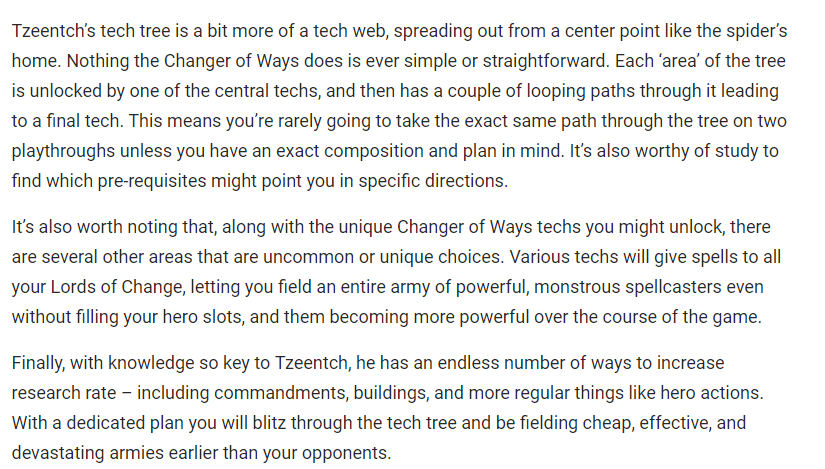