Kennyannydenny The NetherlandsRegistered Users Posts: 78
November 2021 in Campaign & Battle Bugs
So, i've been playing Taurox, and after a long while I eventually confederated Khazrak. His army was dead but his Herdstone was still on the map.

Enfin, I had all Rewards of Dread upgrades related to starting buildings, so my armies start with a Den and Scorched Grass Plains and start at encampment lvl 2.

When I confederated Khazrak, he was dead for a while already so I could immediately recruit him. It turns out though (I only just noticed about 10 turns later) that he has two Dug-Out buildings, which cannot be upgraded until one of the two has been destroyed. Not sure what actually causes the double Dug-Out building to spawn but it seems to happen due to confederation and the Legendary Lord in question being dead (not on the map) when confederated. 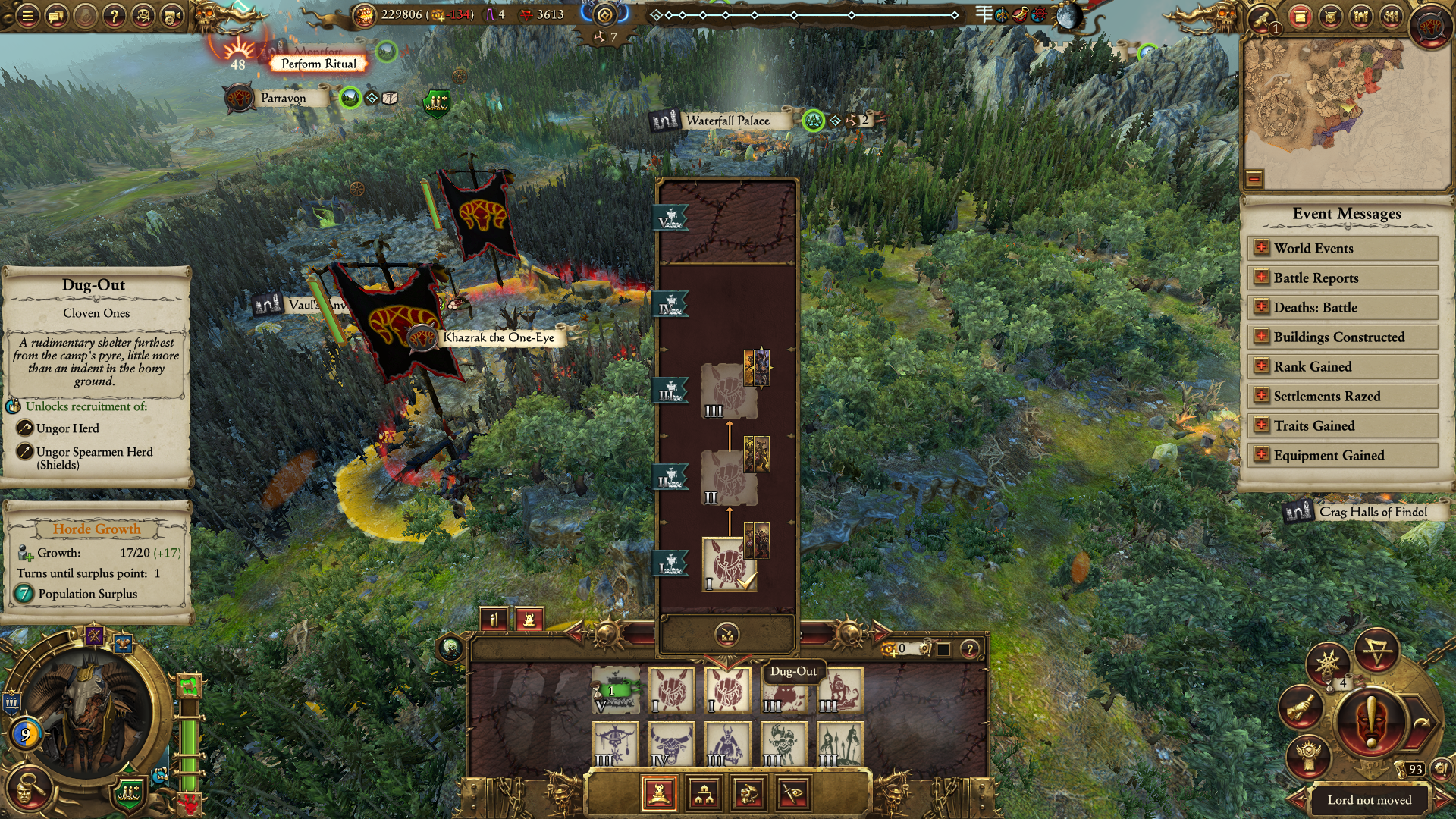 The same thing happened when I confederated Malagor (who was completely wiped from the map) but not with Morghur who was still alive, so it seems related to the legendary lord actually being dead when being confederated.

I have no idea if this also happens when starting as one of the other lords, I only did two Taurox campaigns since the Beastmen rework. I've used no mods, latest version of the game. I own all three games and all dlc's for WH1 and WH2.
bug report3083467979.save 10.5M
modified.log 55B
Tagged:
Flag 0 · Disagree Agree