Warriors of Chaos armies stop moving when they're low on units

Kennyannydenny The NetherlandsRegistered Users Posts: 85
November 2021 edited November 2021 in Campaign & Battle Bugs
During a Chaos invasion, Warriors of Chaos armies that won a big battle often just stay at their place afterwards, not doing anything at all. Not moving, not recruiting, not changing stances. They just don't do anything. I've seen this during several playthroughs, but thought i'd finally report it since it's still in the game and just looks silly.

The following army razed Hell Pit and killed Throth's army inside it. It has been standing here for way over 20 turns: 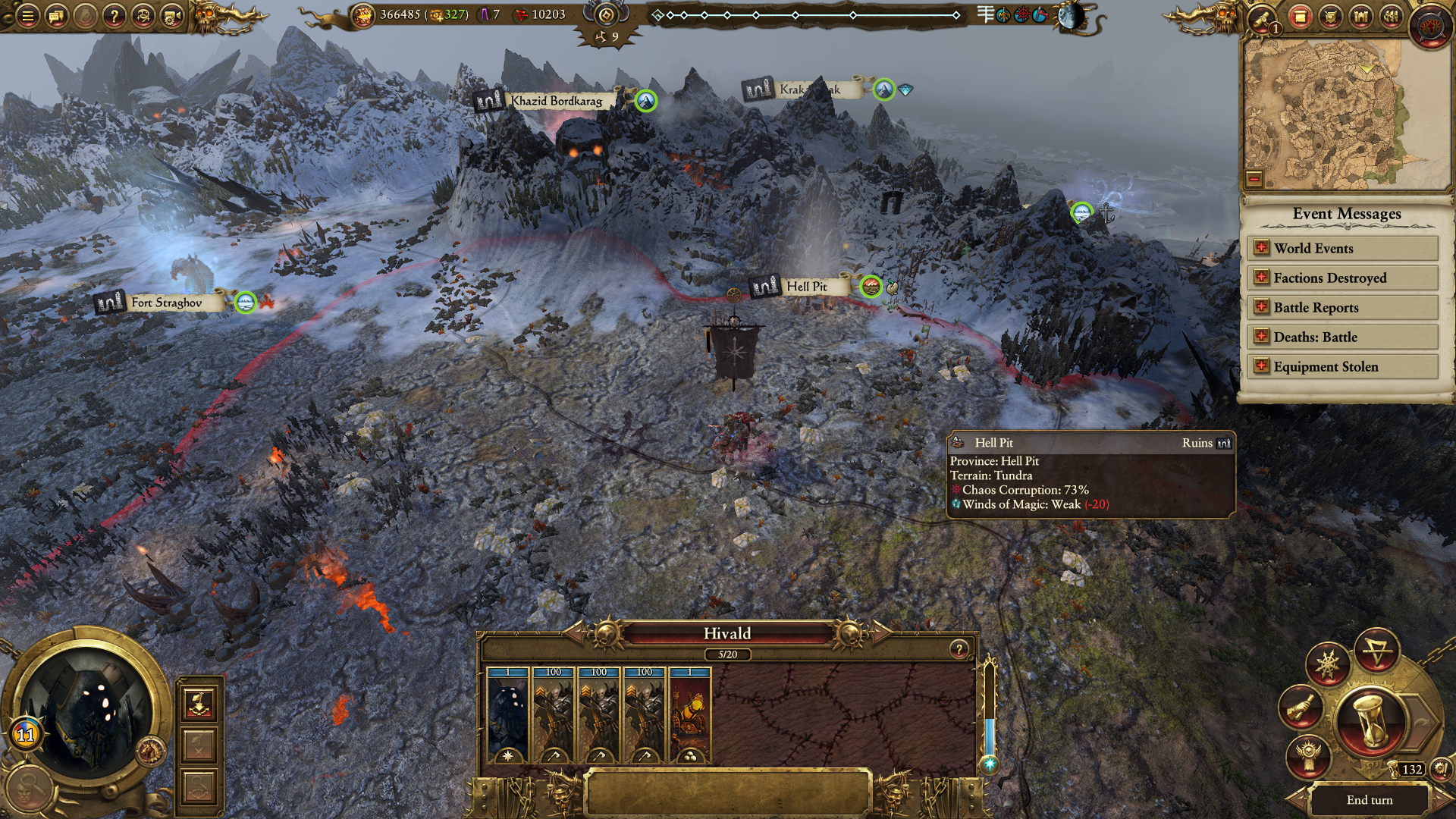 The following army (bottom of the two on the screenshot) lost to a Grimgors' Ardboyz army, ran away and has since not moved. The top army of the two eventually spawned later on, moved there, destroyed Khazid Irkulaz and the bottom army is still standing there. 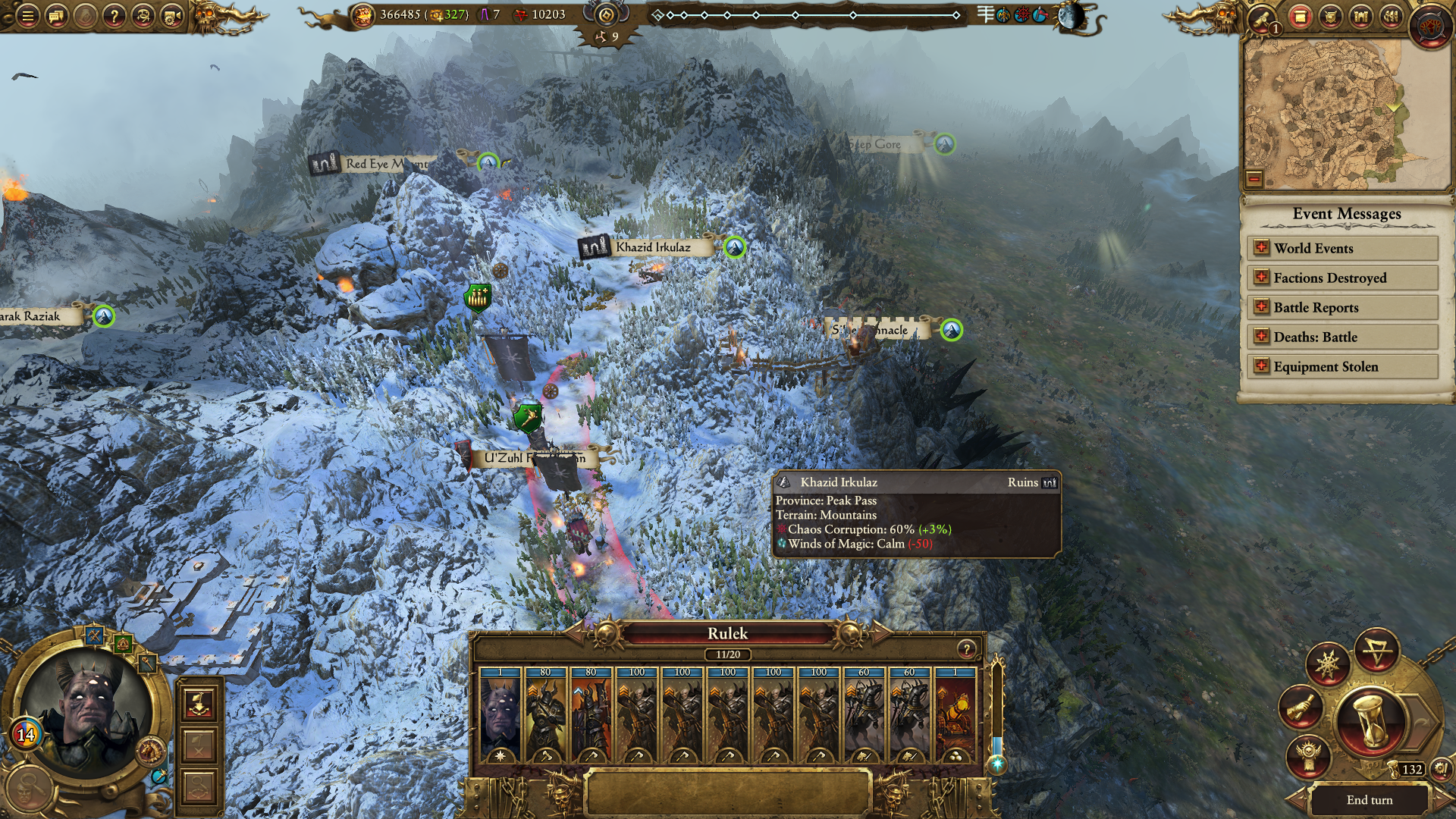 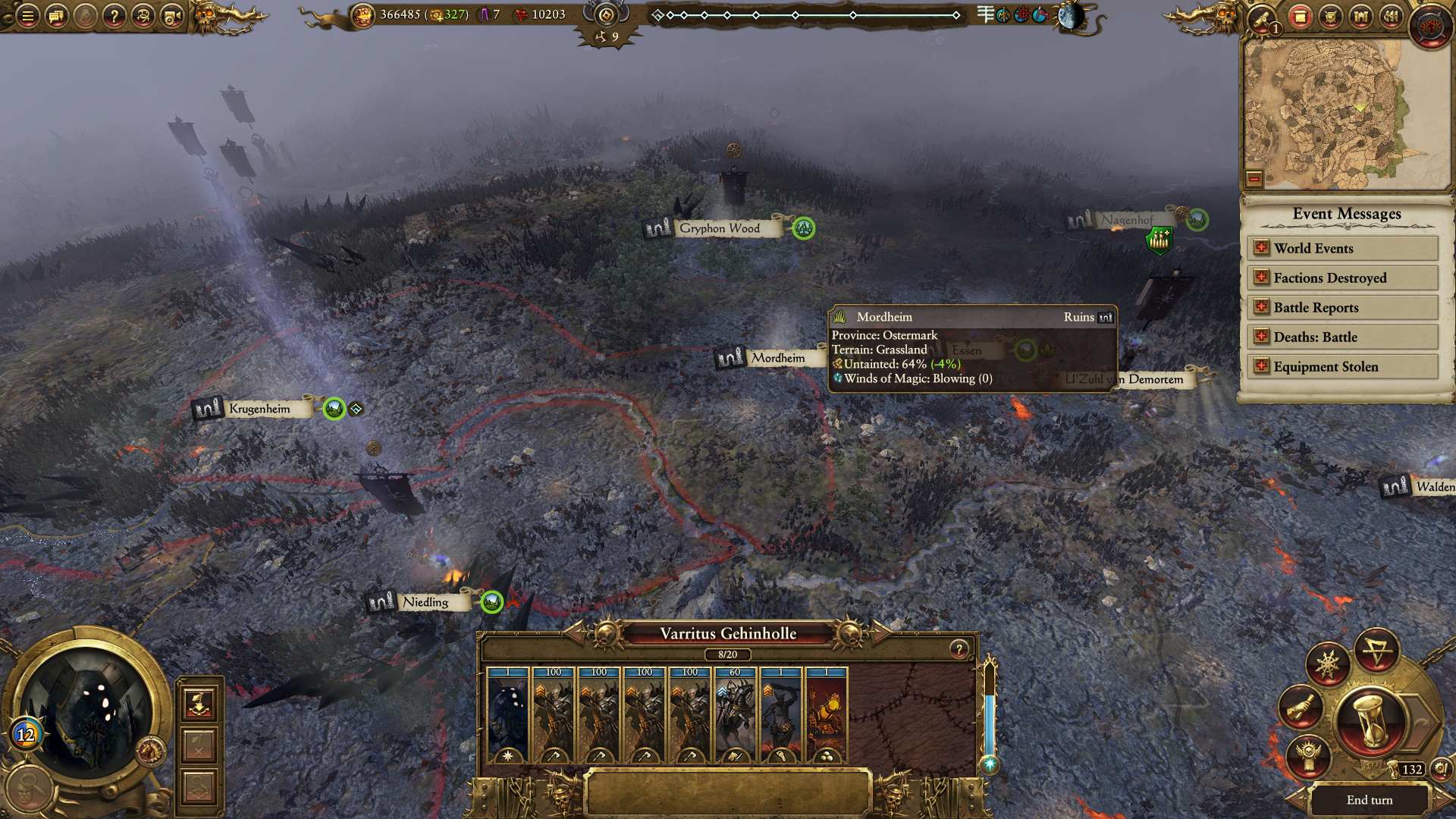 There are many armies on the map, and only the armies with still a large number of units in them are actually moving (some won battles, some have only run after spawning). Armies that lost at least half of their units just stand there on the spot they last fought, doing absolutely nothing.

I'm playing on Mortal Empires as Taurox, but have seen it happen as other factions too. I've set the Chaos Invasion to legendary, but i'm 99% this also happens on other settings (and is not related to that). No mods, newest version of the game. I own all three games and all dlc's for WH1 and WH2.
Post edited by Kennyannydenny on November 2021
bug report 23083467979.save 10M
modified.log 0B
Tagged:
Flag 0 · Disagree Agree