RedRockRun Registered Users Posts: 2
December 2021 edited December 2021 in Gameplay Issues
The bug occurs as follows:
>general dies
>I'm prompted to select a replacement which I do
>nearly all campaign functions become disabled including being able to save and end turns - note the grayed out end turn button
I am unable to move armies or agents, pull up the map, and the army whose general died is shown with no general. I can engage in politics, but bringing up the political menu does not bring up the map.
Many people have said that this is not a bug but the game making you view an event. I have viewed all events; it does nothing. Notice in the screenshot how I have clicked every notification.
I am currently trying to get around this bug by replacing the general who will die, but I find myself unable to raise new armies. The option to do so is grayed out. Oddly, I can however raise fleets.
I would like a fix and/or a patch to resolve this. 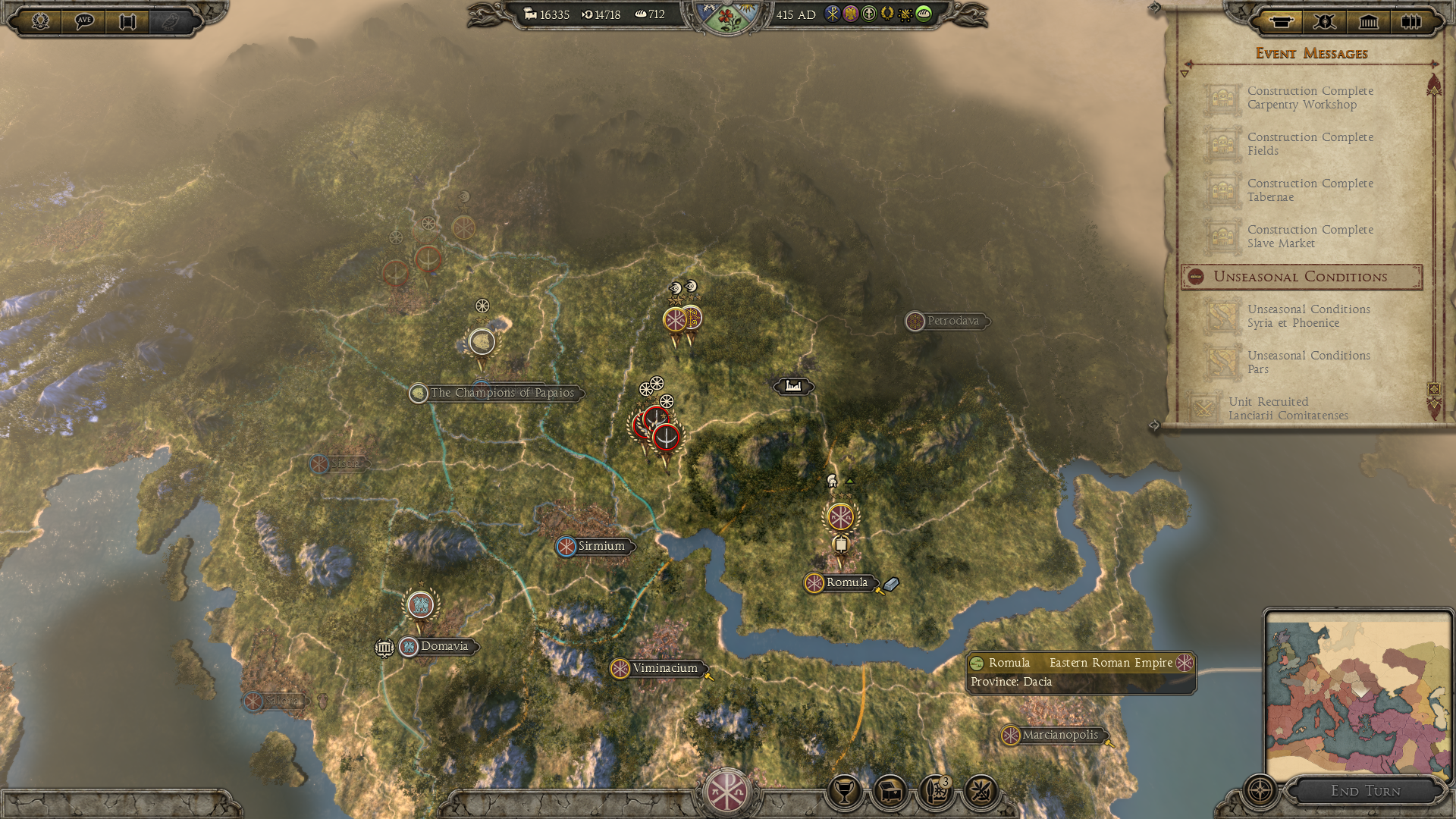