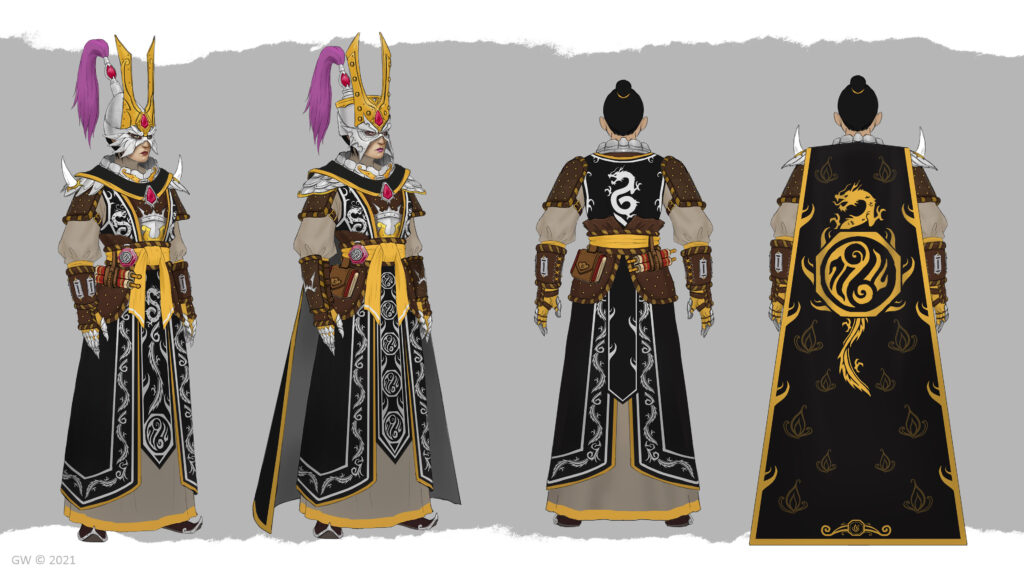 Now that WH3 is approaching more closely, I want to share a line of thinking that I've been developing around when I get to actually play Cathay, especially when it comes to the naming of your in-game recruited Dragon-blooded Shugengan lords. I love the fact that they are offspring of the Dragon Children themselves and I've been thinking of how I can customize them, if not so much visually as with their names and the implications that come with them. My assumption here is that any "Dragon Grandchildren" recruited by either Miao Ying or Zhao Ming (and the other Children when we get them) are THEIR specific offspring and thus inherit similarly structured powers. Let me demonstrate:

This link takes you to a Wiki page containing the names of traditional Chinese gods and deities:
https://en.wikipedia.org/wiki/Chinese_gods_and_immortals#Gods_of_celestial_and_terrestrial_phenomena

Now, lets say you are playing as Miao Ying, the Storm Dragon (even though her spell selection doesn't contain any lightning spells, but that's another discussion) and you'd like for her kids to also be storm-related. Well then we see, among others, the name "Leishen", which is the Thunder God. Pretty good for an offspring of the Storm Dragon right? As for Zhao Ming, since he is connected with Metal, then Jinshen the Gold God could be an option, or Caishen the Wealth God if you want a child focused on dealings with the Ivory Road.

One more thing: Chinese naming rules dictate that the family/last name is written first, which if you follow it, will affect how you should name your Grandchildren. For the Storm Dragon, the family name is Miao, so the previously mentioned Grandchild would be called Miao Leishen, just as Jinshen, son of Zhao Ming, would be called Zhao Jinshen.

Its up to you guys if you want to uphold this, or if you experiment with splitting names or go with a more western tradition of last names, but in any case, this could be a fun way to bring some further uniqueness to the lords you recruit as either of the Dragon Children.
Tagged:
Flag 10 · Disagree 10Agree