Akfiz Registered Users Posts: 10
January 13 in General Discussion
Hi, I would like to make a suggestion for an Aniversary Edition Update for Rome II.

I. Allowing up to 8 people in Campaign Multiplayer Co-op & Head to Head games -> Currently the game allows only 2 people. This in my opinion would be greatly improved by allowing up to 8 players to play in the same campaign. Other titles such as Hearts of Iron 4 or Heroes of Might and Magic 3 had amazing games in multiplayer where each player picks a faction and there will be either a grand co-op campaign (usually with smaller nations) or an all-out war of player vs player.

The Total War series is perfectly made for his multiple players Multiplayer Campaign style of gameplay. Especially Rome II with its many campaigns where Rome is devided. Imagine playing Imperator Augustus or Empire Divided where all players are 1 of the Romes, trying to outdo each other. Or a co-op game where you set the AI to Legendary and play as a Galic, German and Dacian tribe trying to stop the Roman advancement. The possibilities are endless.

This type of campaign usually works with friends, or with people in places such as Steam that you have previously talked to. The campaigns can of course be very long but with the option to save and resume the campaign later I see no issue with this. Add to this the option for players to step in the enemy's troops during a Head to Head battle (optional, game rules can be set to allow or disallow it) and you will have an exceptional antiquity mostly-player campaign.

Imagine this map but all major factions are players. That you play against in a pre-made game while talking on Discord. 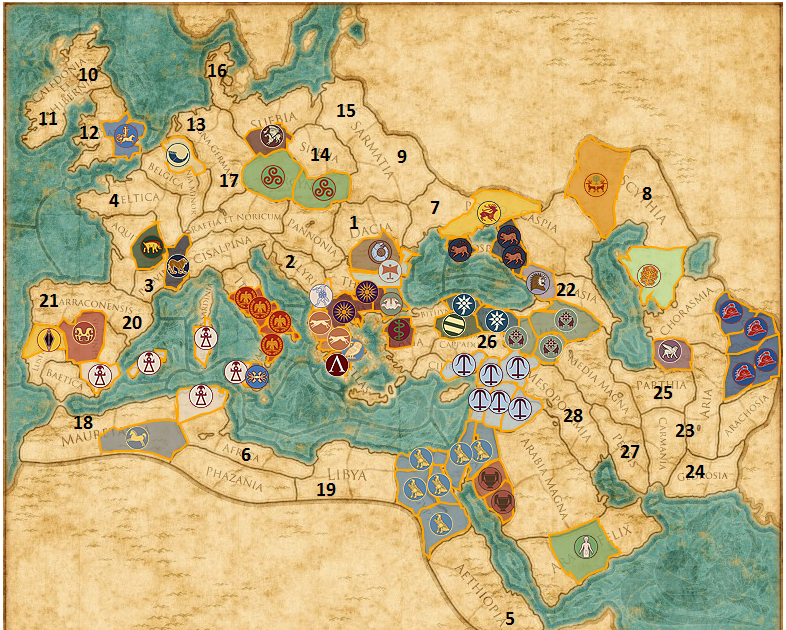 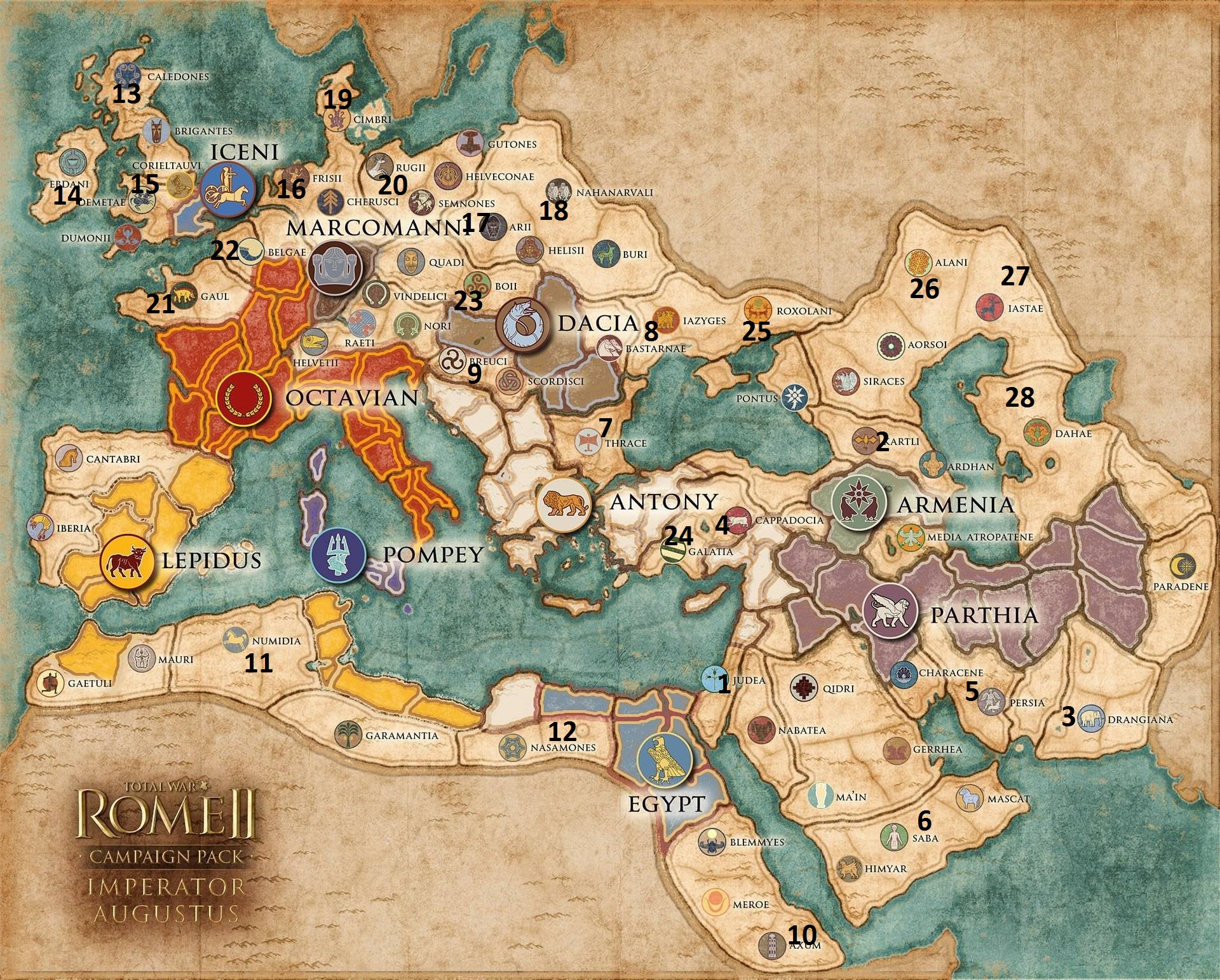 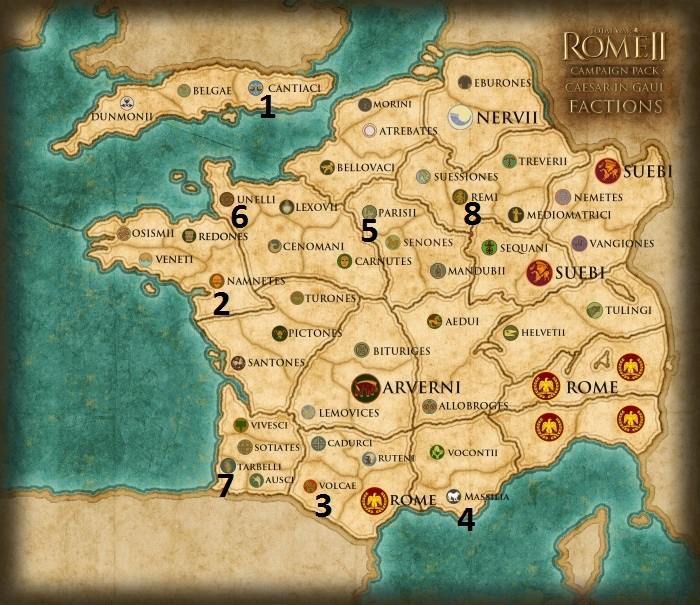 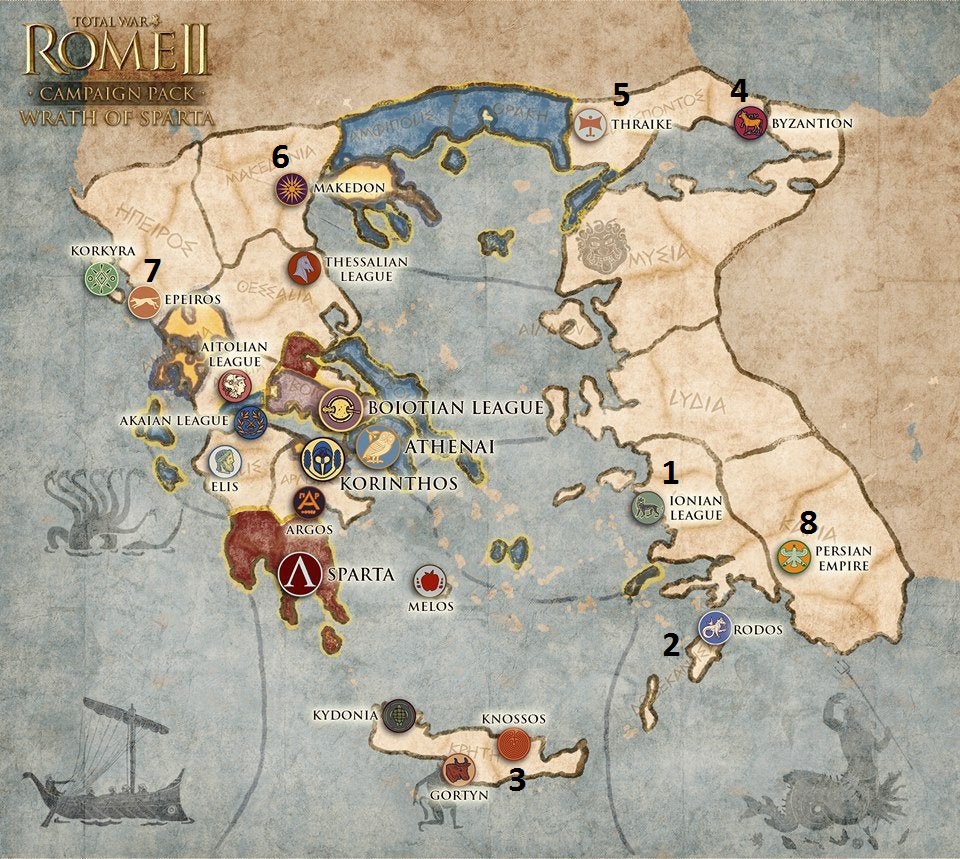 What do you think?

Anything else you would add? anything you would change?
If Total War: Rome 2 ever gets another update, what do you think should be its main focus?

I find this suggestion ideal for an Anniversay Edition as it doesn't require much work. Just a little bit extra work to already existing factions. It doesn't have to change the meta of the game or add new units. Just add them traits, a description and a condition for victory and that's it.

As for the multiplayer, if it already works in 2 people I believe it's easy to make the transition to 8 people. As opposed to a game that doesn't have multiplayer at all.
Flag 0 · Disagree Agree
Sign In or Register to comment.