LogieBehr Registered Users Posts: 1
February 18 edited February 24 in Performance & Graphics
Hey! So I've read the common issues and fixes currently for WH3 and I think there may be and issue with the game running Windows 10 while I have a 12th gen i7 hybrid core. The real problem is that I am running on Windows 11, BUT upon benchmarking the battle, the game says that I am running on Windows 10. I've tried the recommended fixes but hasn't seem to work.

So far I've been able to play a little bit, and it runs fine but only after re-installing the game and running on Nvidia "Optimized" settings; which are VERY low and running in a window. After a successful start in the windowed mode, I can change my resolution back to full and run fine, until I restart the game and it goes back to major, unplayable stuttering.

attached are some screenshots showing specs and benchmark. My screen is a 1440 ultrawide which i think may also have some issues with the game. 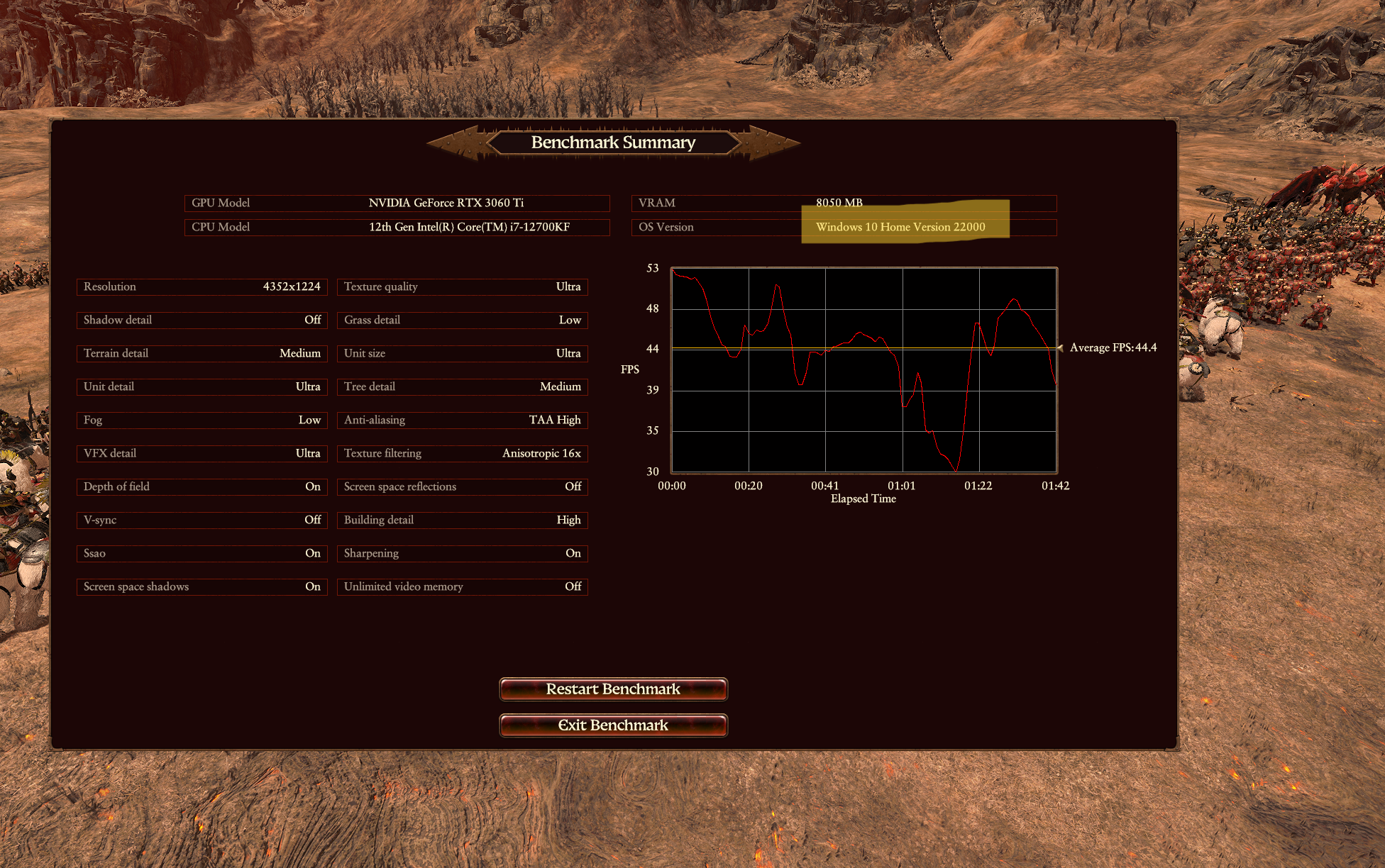 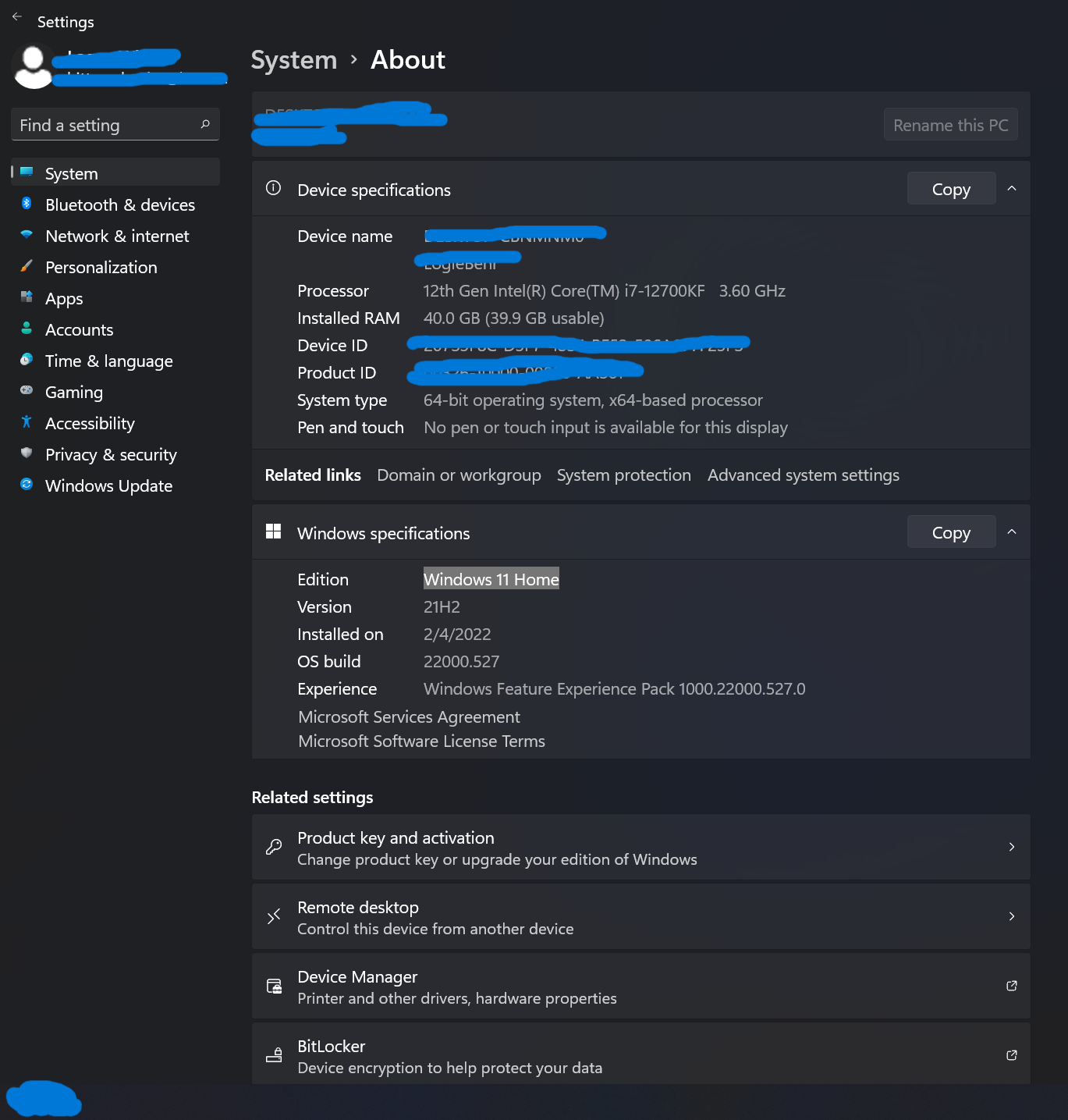