In ProgressMissing option to enter Forge of Souls as Boris

steam_1630793943266yAfwIR Junior MemberRegistered Users Posts: 138
February 2022 edited February 2022 in Campaign & Battle Bugs
Issue:
Completed the four realms of chaos and received the final quest but I'm missing the option to enter the forge of souls when entering a rift.

The only thing of note was that the Poxwalkers completed all the realms before me however I stopped them at the forge of souls. I was in the realm of Tzeentch at the time and had completed Nurgle and Khorne realm before that.


Tested:
Restarted the game.
Tried entering with two different armies.
Load an older save.
Move the army through rift travel and tried different rifts through out the world.
Enter Slannesh realm and leave by accepting the first tempting gift.
Closed the rift and waited for a new one to spawn.

Below are SC and uploaded save game file.

I have all 4 souls as Boris 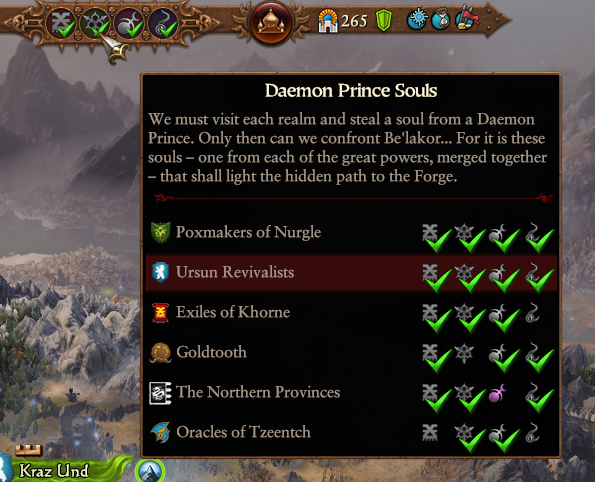 I have the final quest 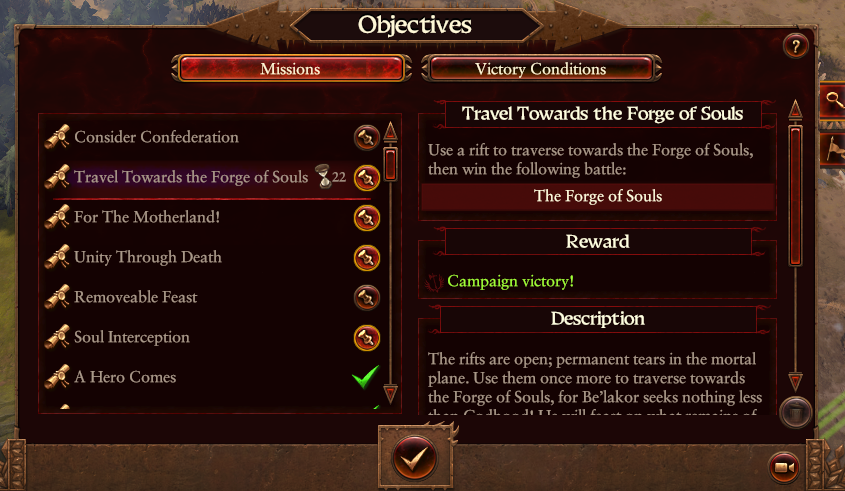 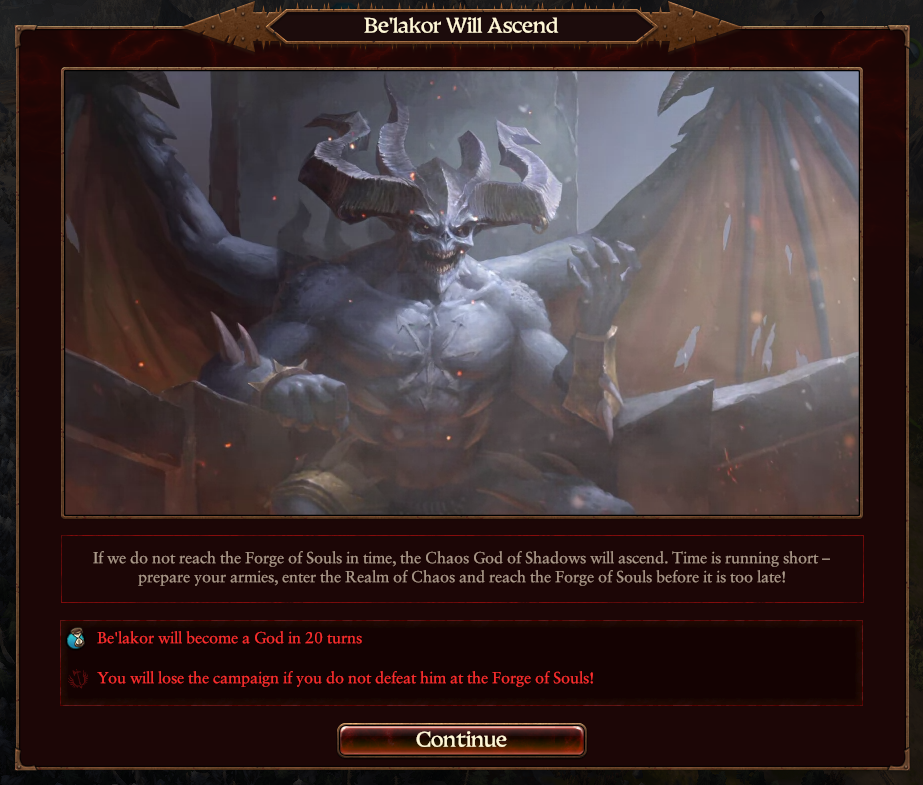 No option to enter forge