Kairos being a bro in the Realms of Chaos

TheWattman Junior MemberRegistered Users Posts: 1,434
February 22 in General Discussion
So Im into my 2nd Daemon Prince play and Im heading towards my first soul in the Blood God's Domain and a pretty cute thing happened. In the middle of me reinforcing my army after a battle there, I was attacked again. But then, as they attack me, who do I see come to my aid through the rift I was right next to? My ally Kairos Fateweaver! He enters Khorne's realm just as that army attacks me. We fight the battle together and now its time for me heading towards the Brass Citadel.

Now as Im doing the last replenishing, Im attacked again. And who do I see now following me, escorting me to my grand price? My bro ally Kairos Fateweaver again! Myself, a Tzeentch-leaning Daemon Prince and Kairos, trodding through the Blood God's Realm showing the superiority of the Changer of Ways.

Anyone else have such ally moments in the Realms yet? 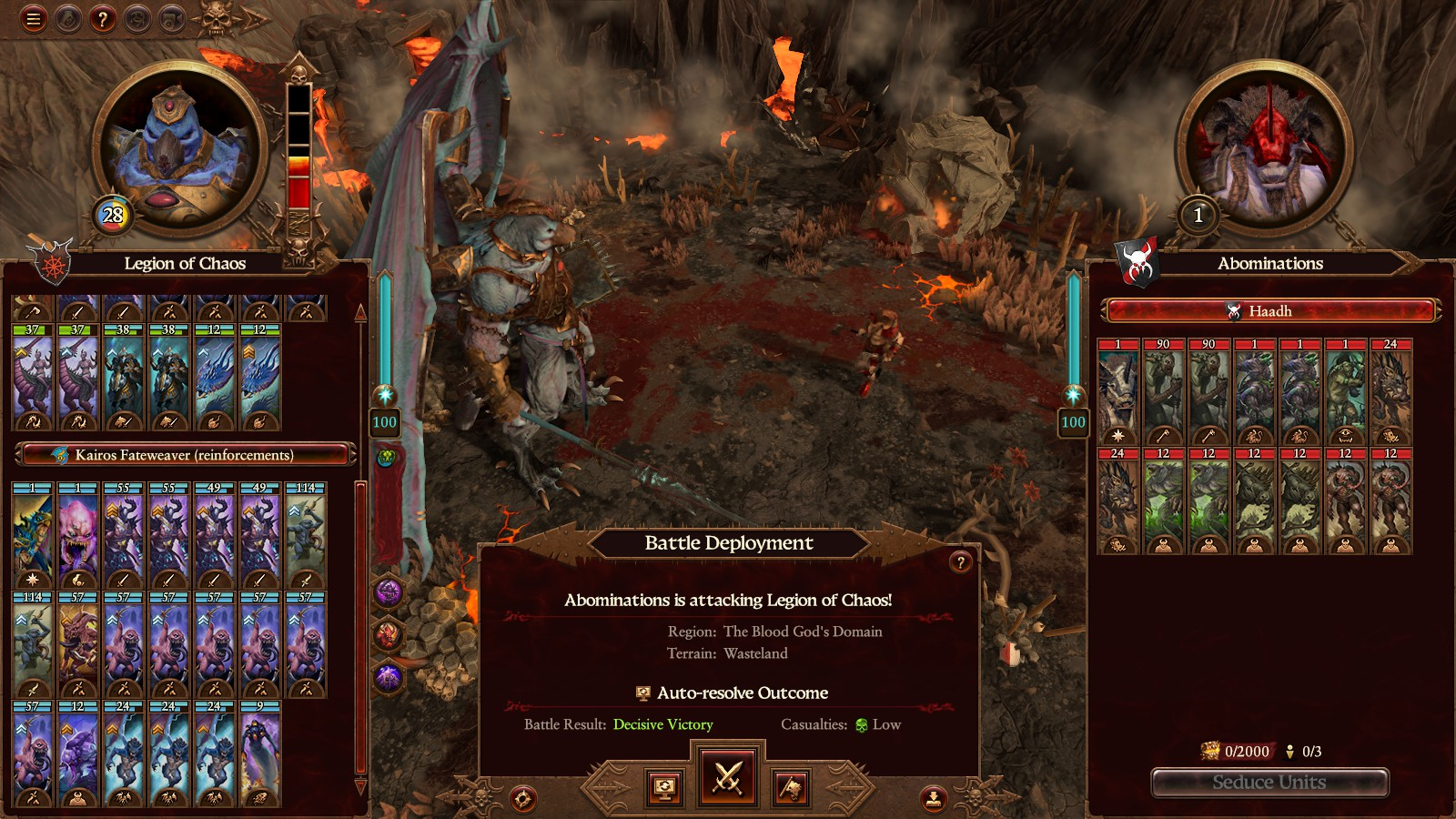