Archers work wrong in this game and it is bad for both balance and immersion.

GebycrfDjqyf Registered Users Posts: 18
March 2022 in General Discussion
I'am going to be quick, how did archers released in real life? They sent their arrows in the general area where enemy was located. Precise shots were inpractical wast of time most of time. This seems to be the case for shogun 2 and medieval 2, (probably rome 1 too but i did't played it) so it is not impossible to make.
In warhammer and Troy(maybe in every post rome2 game, but i did not cheacked) not only projectiles are sent precisely at the enemy most of time, they even create absolutely impossible arcs to reach them, this not only looks beyond stupid, but also makes archers op, for now every projectile from every soldier in the unit will probably hit, or at least 80%. and there is next to no danger of hurting your own by friendly fire even when they are locked into tight melee engagement. 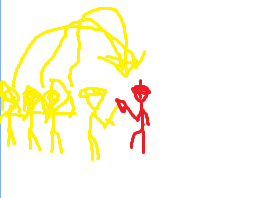 Why is this a thing? it wasn't broken initially, so what happened? If it is singe enteties then why not just give archers two ways to release that depend on type of target they are focusing on, and it still dosent exuse the absurd arcs.