Plague cultist losing plague on wounded before spreading his plague

wry Registered Users Posts: 2
May 22 in Campaign & Battle Bugs
As the title says, I am using my cultists to scout ahead of me and if I see a tough army/armies I give them a plague to make the fight easier. This means they are going to be a target for heroes and risk getting injured.
After they recover they come back without the plague (normally there is a plague indicator above them to remind you what they are carrying) and when you use their action to spread the plague, they die as they should but nothing gets applied because they don't have the plague.
While the concept of having a suicide cultist doing one final job after getting wounded is amusing, I don't think that's supposed to be intentional. 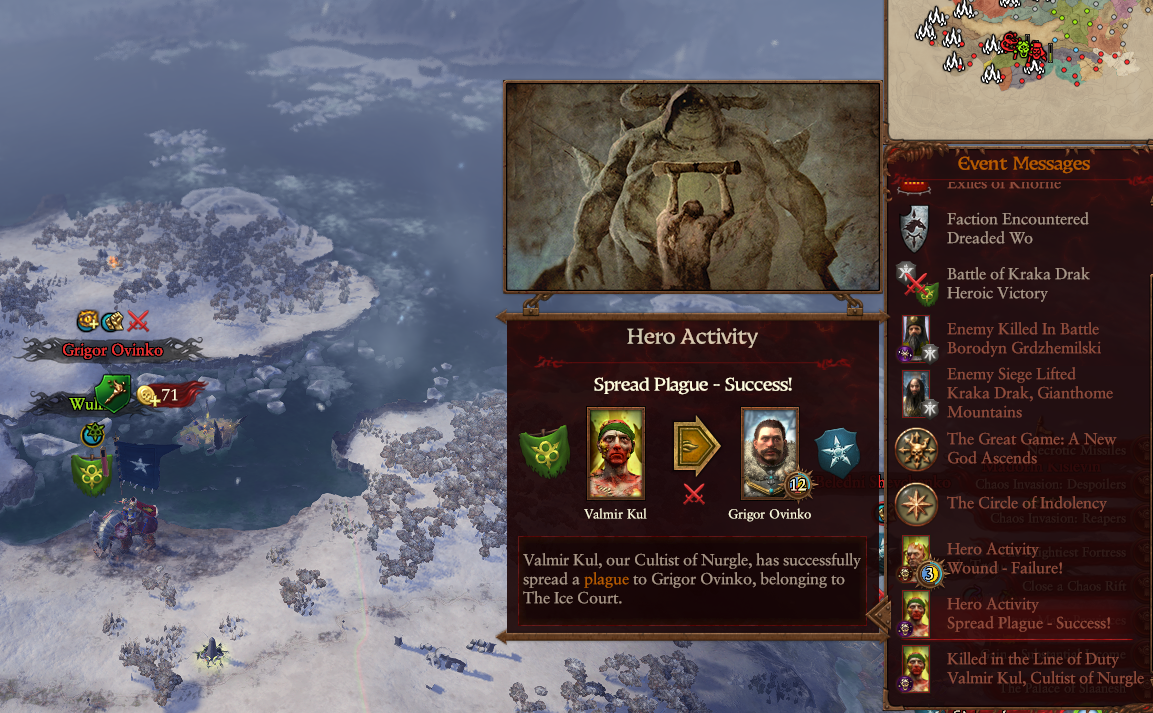