Sarmatianns Registered Users Posts: 4,906
August 8 edited August 12 in Warhammer Battle Feedback
There's been a topic that's been bugging me for a while now, and Enticity posted a video on it, so I thought it's a nice way to illustrate my point without really doing any hard work, since he's done it for me, pretty much. 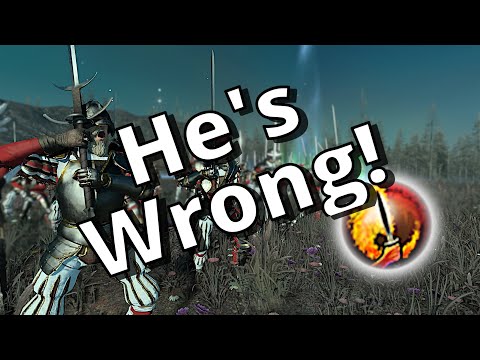 What the video shows is that pretty much in all cases, it is much more efficient to use damaging spells than buffing spells. And that is very wrong.

Thirdly, it is most often easier for an opponent to deny you opportunity to gain value from a buff spell.

That doesn't really make sense, and I think it should be looked at.
Post edited by CA_Will on August 12
Flag 8 · 3Disagree 8Agree
«12»