steam_164512785016yvbCgjR Registered Users Posts: 2
August 2022 edited November 2022 in Warhammer III Immortal Empires Beta
After completing Drycha's quest battle (which was notably different in 3 than in 2) I did not automatically recruit Coeddil. I did the quest battle fairly early with a full stack and many turns later, still do not have Coeddil 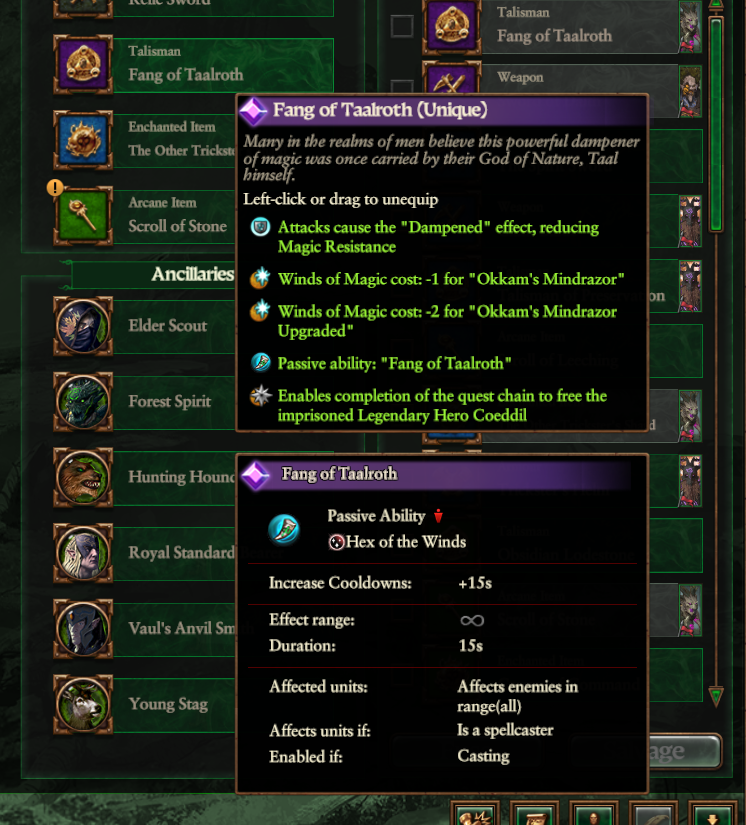 The attached images show the quest battle completed with the item equipped on Drycha. Along with this, the list of lords and heroes to show Coeddil is not anywhere in my faction