hopefulveil Junior MemberRegistered Users Posts: 98
August 2022 edited August 2022 in Warhammer III Immortal Empires Beta
Greetings,
In a recent playthrough with Azazel in the Realm of Chaos campaign, I managed to subjugate, via slannesh's mechanic, The western Provinces. Of all the vassals I ended up having, The Western Provinces, could choose not to defend my faction if someone declares war on Azazel. This happened on 3 separate occasions. The Western Provinces continued to be a great
vassal but it seemed to have more agency as a vassal than what previous games gave them. Granted, the relationship with Zhao Ming was quite low and it's strength was comparable with it's patron faction. 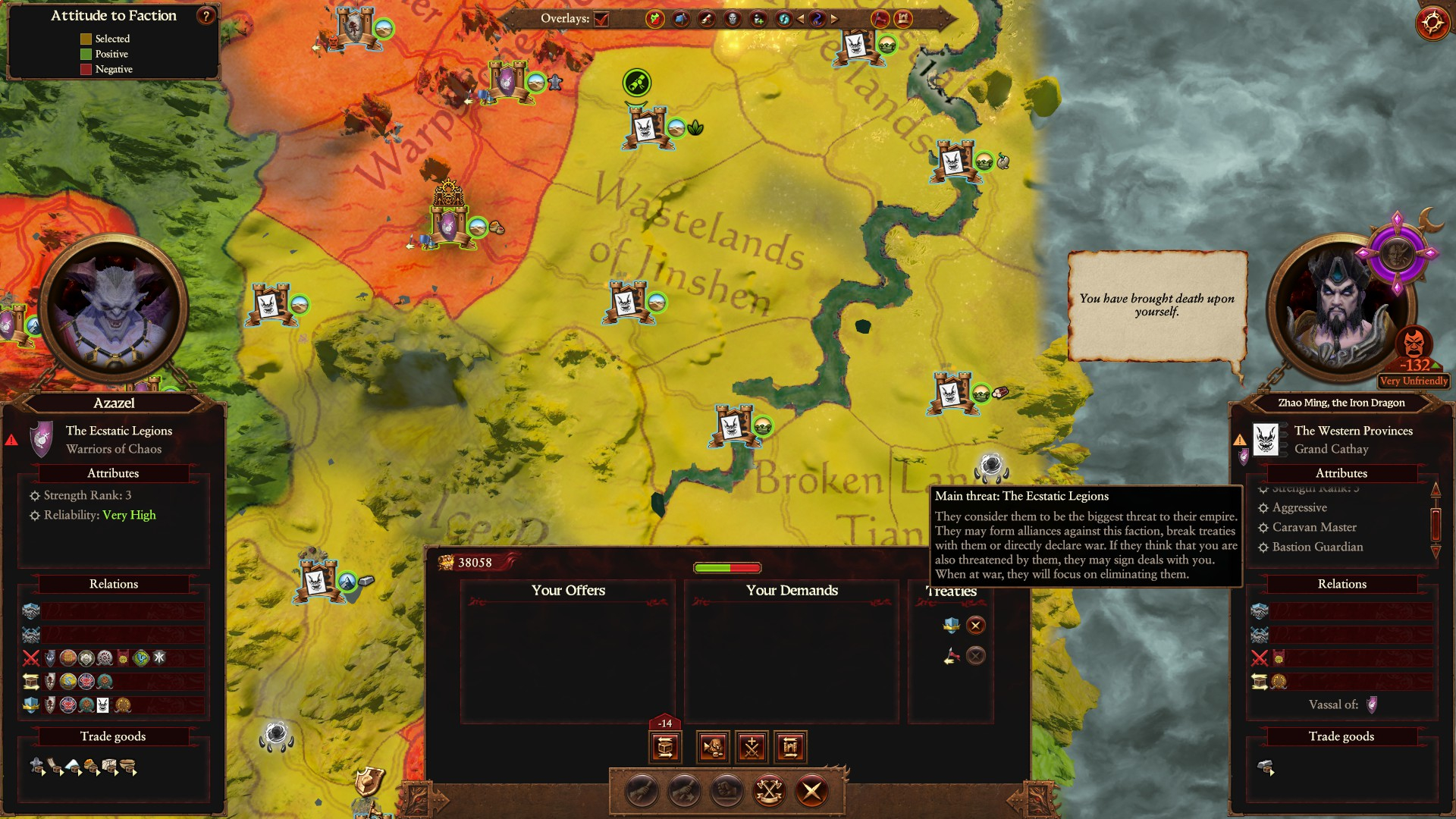