I found a campaign bug. Playing as the Warhost of the Apocalypse faction (Archaon), I discovered that the ability to give Forsaken a mark of Slannesh and turn them into Forsaken of Slannesh is locked behind the Rusted Branding Iron (the tech that allows the player to apply the mark of Nurgle to units) when it should (presumably) be locked behind the "Sensuous Branding Iron" tech which is the Slannesh equivalent. I have already researched the "Sensuous Branding Iron" tech but it did not unlock the ability to apply the mark of Slannesh to Forsaken. This issue does not appear to affect any other unit.

I am unsure of the steps to reproduce the bug as it seems to just be an issue with this one tech.

FYI: The only mod I have active is the Better Camera Mod:
https://steamcommunity.com/sharedfiles/filedetails/?id=2789858755 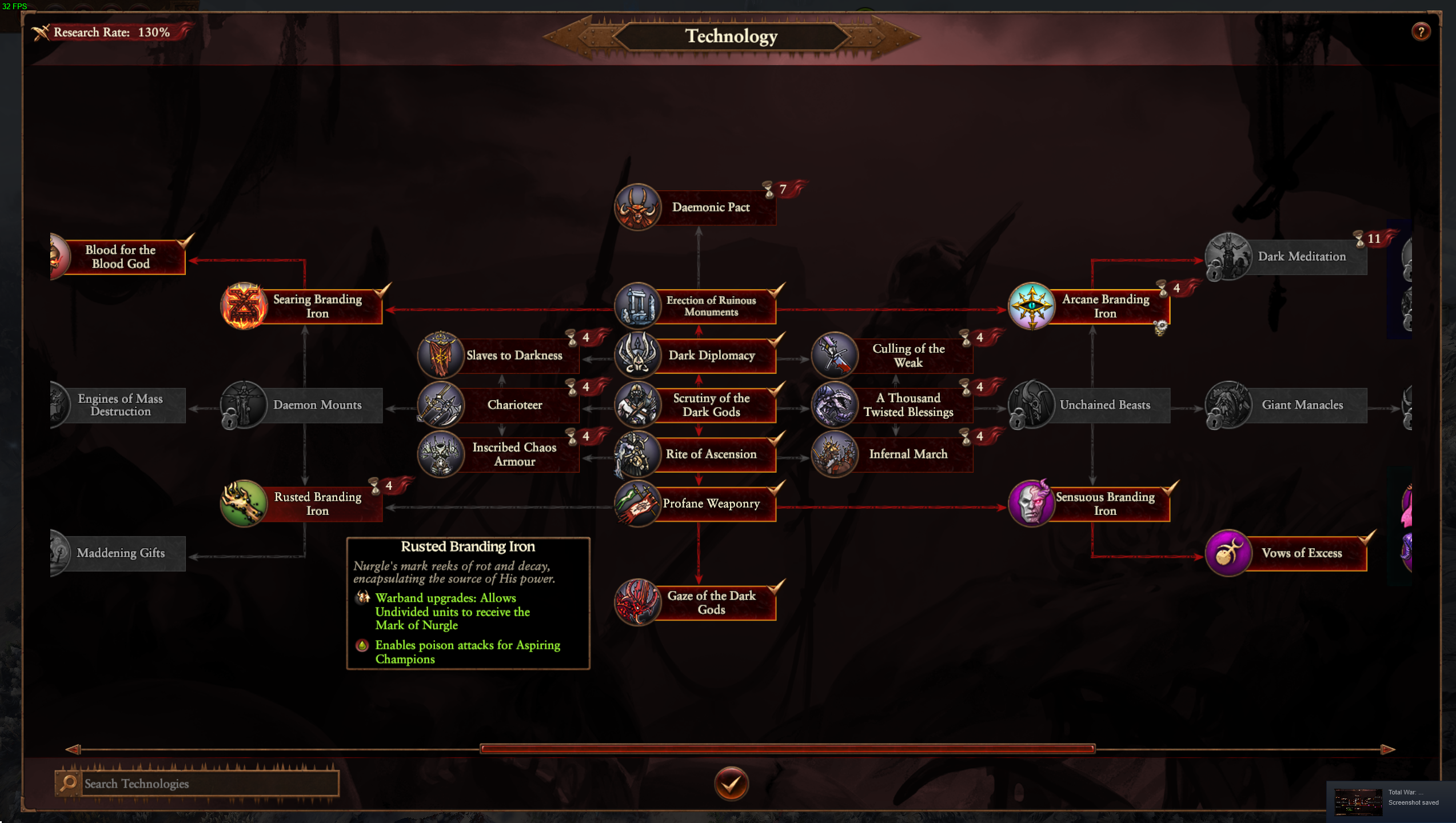 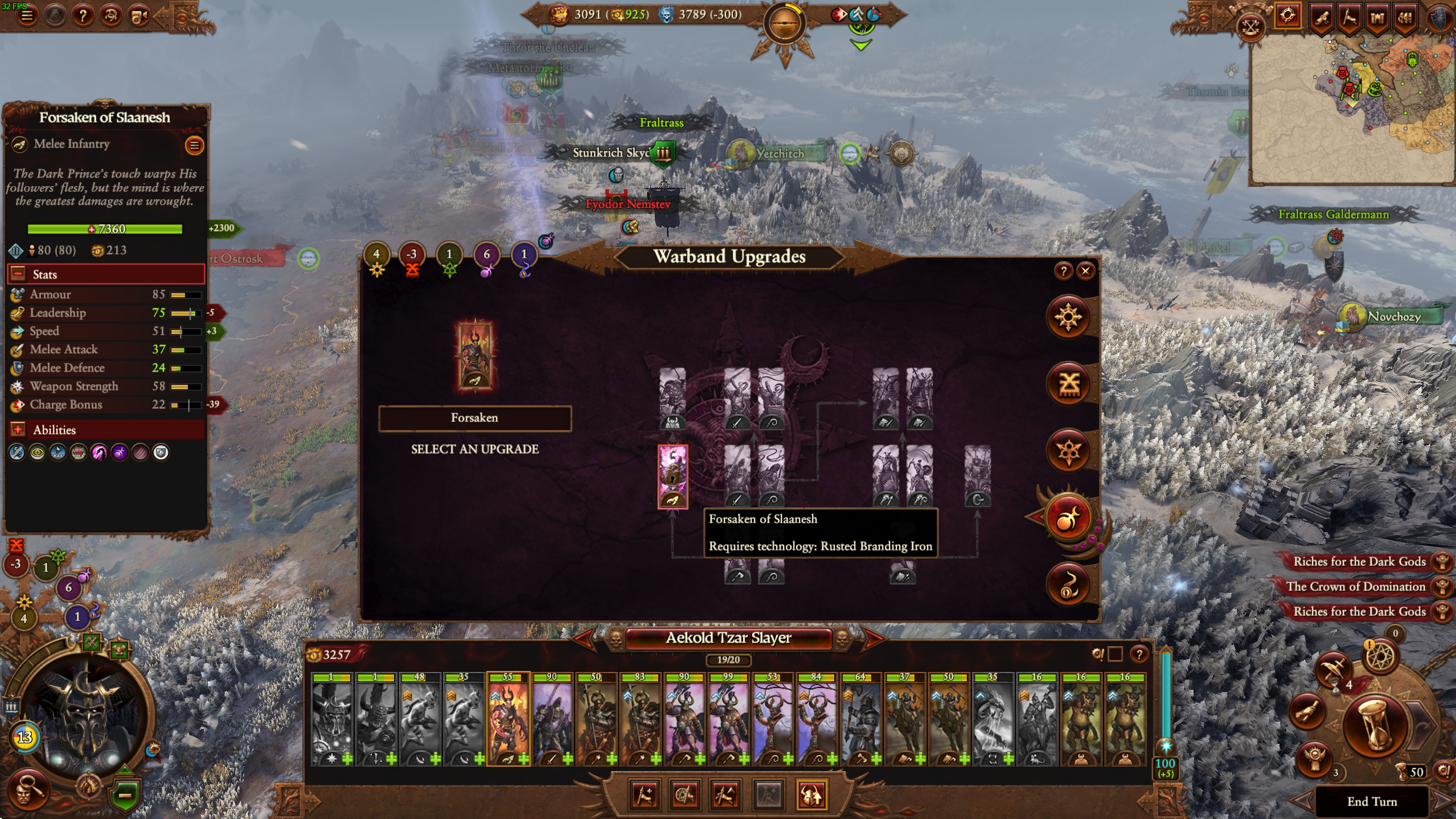