steam_164520149671bcGXjOi Registered Users Posts: 1
August 26 in Warhammer III Immortal Empires Beta
I was playing a Be'lakor campaign and notice that an army I vassalized would not move a couple of turns after I gave them a coordination. I then hovered over the army and saw that the leader of that army was showing up as wounded even though the didn't get attacked and was full health. The second thing mentioned is may not necessarily be a problem, more so me not completely understanding how the ascension tree works. Earlier in the same campaign mentioned before, I started to recruit a second army which was going to be mostly nurgle units. I wanted to have some chaos spawn in the army, but noticed that the technology it said I needed to research was "Sensuous Branding Iron" which gives the ability to mark undivided units with the mark of Slaanesh. Again this may be just me not completely understanding the tech tree and ascension system because I now have the ability to recruit nurgle forsaken, but I just wanted to make it known just in case. 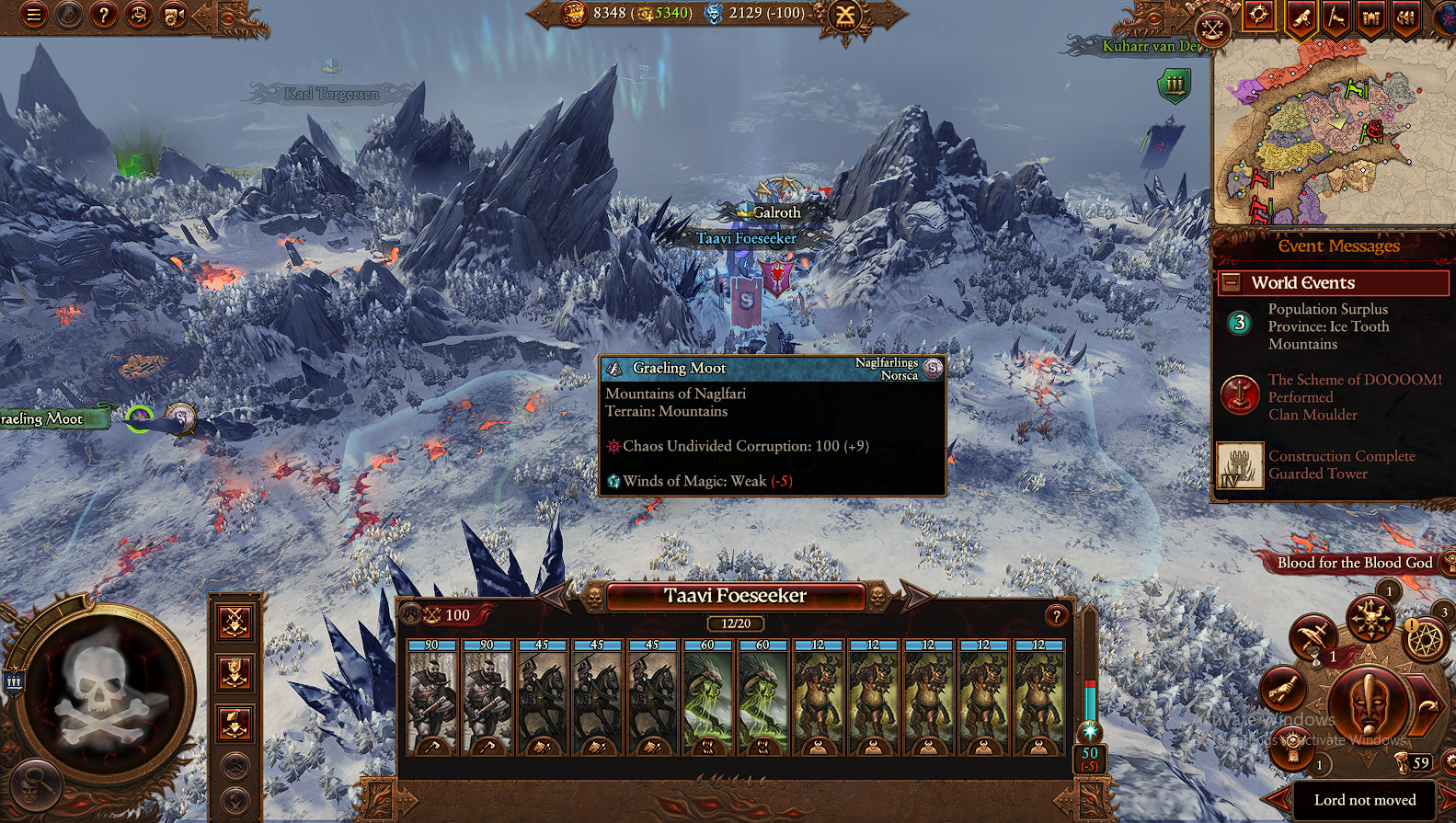