fiedler8 Registered Users Posts: 3
August 26 in Warhammer III Immortal Empires Beta
Just started playing a Gor-Rok camp. and noticed (not a big deal imo) that the Wardens of the Living Pools (Lizardmen Faction) have deteriorating relations with me solely do to.... Historical relations with Wardens of the Living Pools? Like i said not a big deal, just means their chance of survival is going down each turn as the negative relation also seems to be equal to the turn at the moment.

1,500+ hours into TW:WH2 i know i have at least that into this one lol love the game thanks for all the hardwork keep it up. 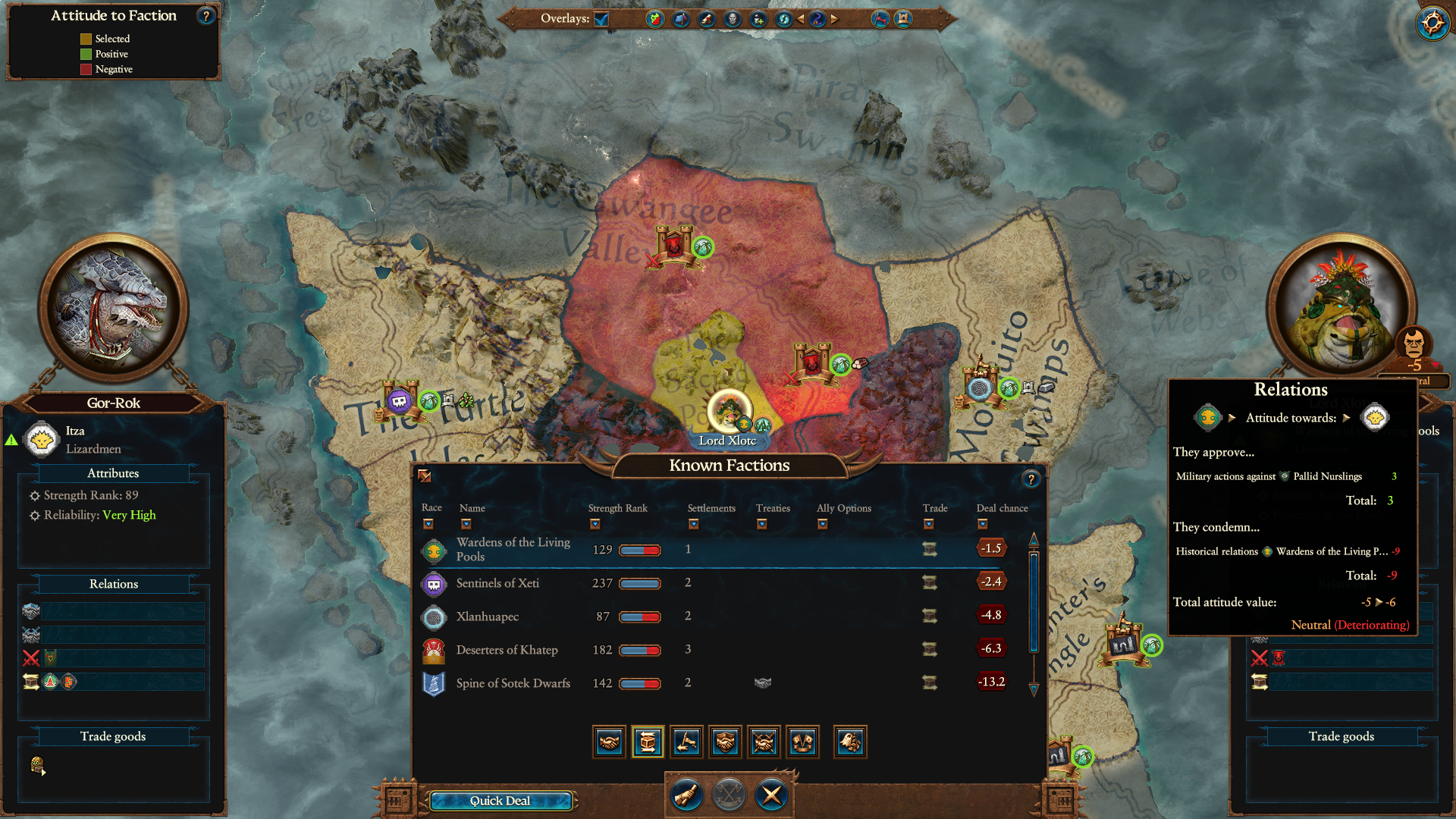