CUChalk Registered Users Posts: 2
August 27 edited August 30 in Warhammer III Immortal Empires Beta
This started as soon as I did the IE update.

Loading battles takes a good minute longer, which I can live with, but once the battles load I almost always have a visual issue of some kind (see pictures). One time it was just a solid black screen saying start battle. The other it loaded the battle and I could do everything as normal, but this giant blue cylinder was just constantly there on the screen no matter how I rotated or moved around. Didn't get a screen shot but while playing a multiplayer IE campaign, we went into a battle in the plaguemaster's realm and the ground was mostly green with random patches of that same blue color throughout. I sent a snapchat to my buddies and asked if they were seeing the same thing, but it was just me. 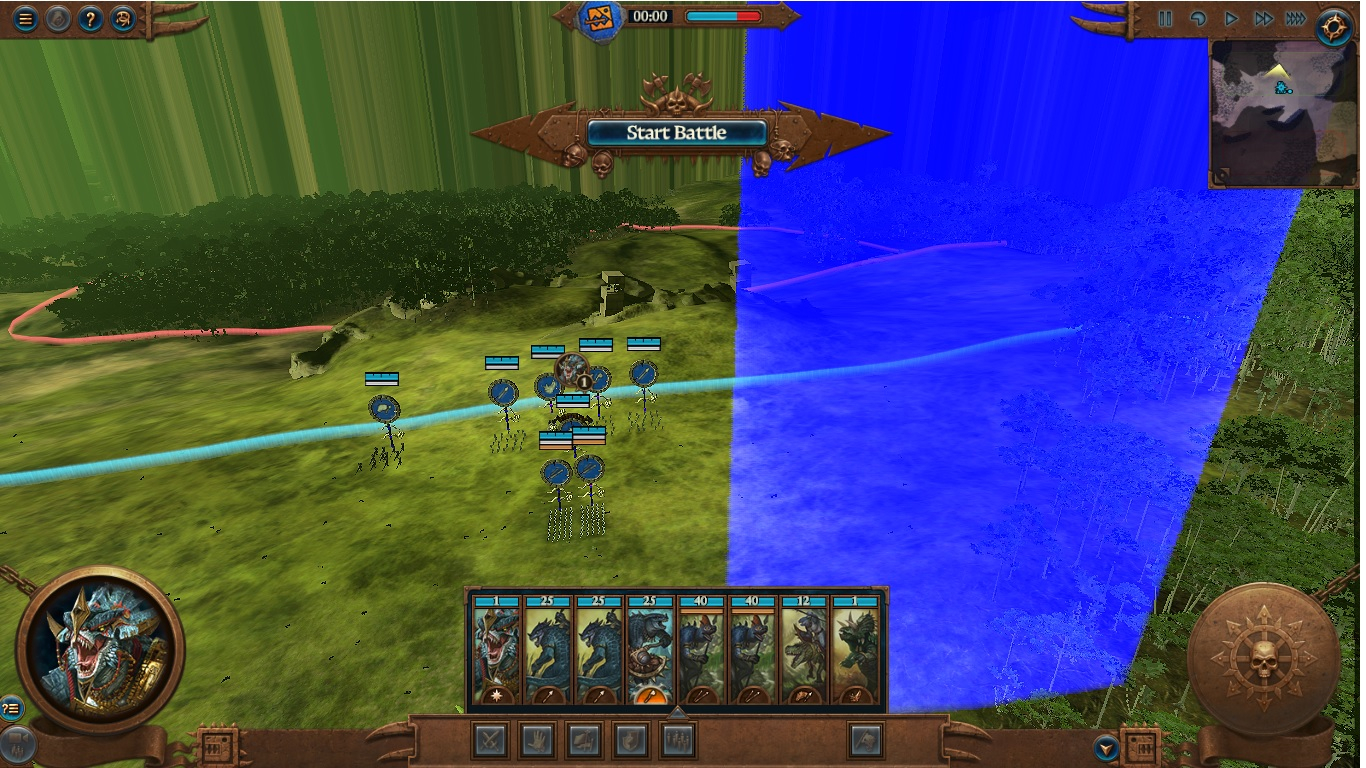