145 Turns worth of bugs and feedback on The Barrow Legion Campaign. With pictures :D

I've been playing one of my favorite factions for 145 turns. While I do have some mods installed, they are fairly minor and should have no effect on any of the reported bugs. Heres the list of the included mods in their load order: 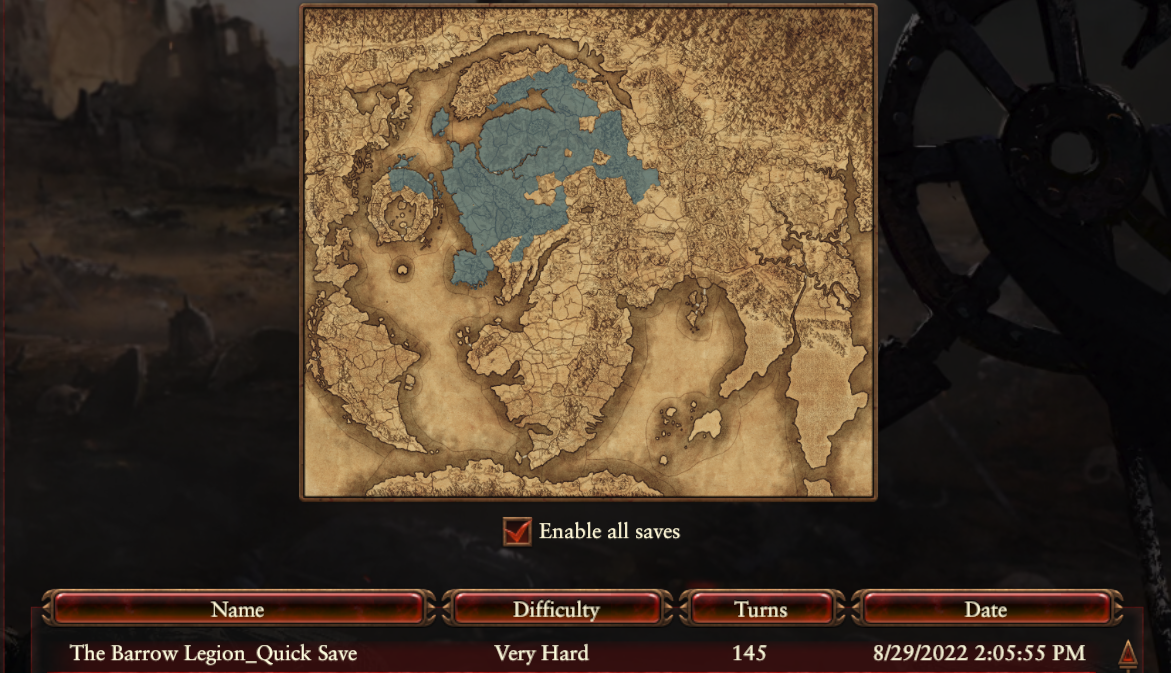 Lastly, kind of unrelated so I won't put it on the list. But one of the main reasons I like Barrow legion over the others is their additional climate affinity to the mountains. I kind of hate myself when I start with Vlad because I miss out on this very useful trait. One easy way to alleviate this is to add one additional suitable climates to your faction when you confederate. Just a thought