Jaxhammer#8130 USA (unfortunately)Registered Users Posts: 67
September 8 edited September 8 in General Discussion
Morning Everyone! Previously, I presented my rendition of Khorne to the forums and he was received mostly positively. Now, some weeks later, I've sat down and over the last three days come up with my version of Slaanesh. I'd liked to share it!

Please take this (conviently cropped) version of the Pleasure God. 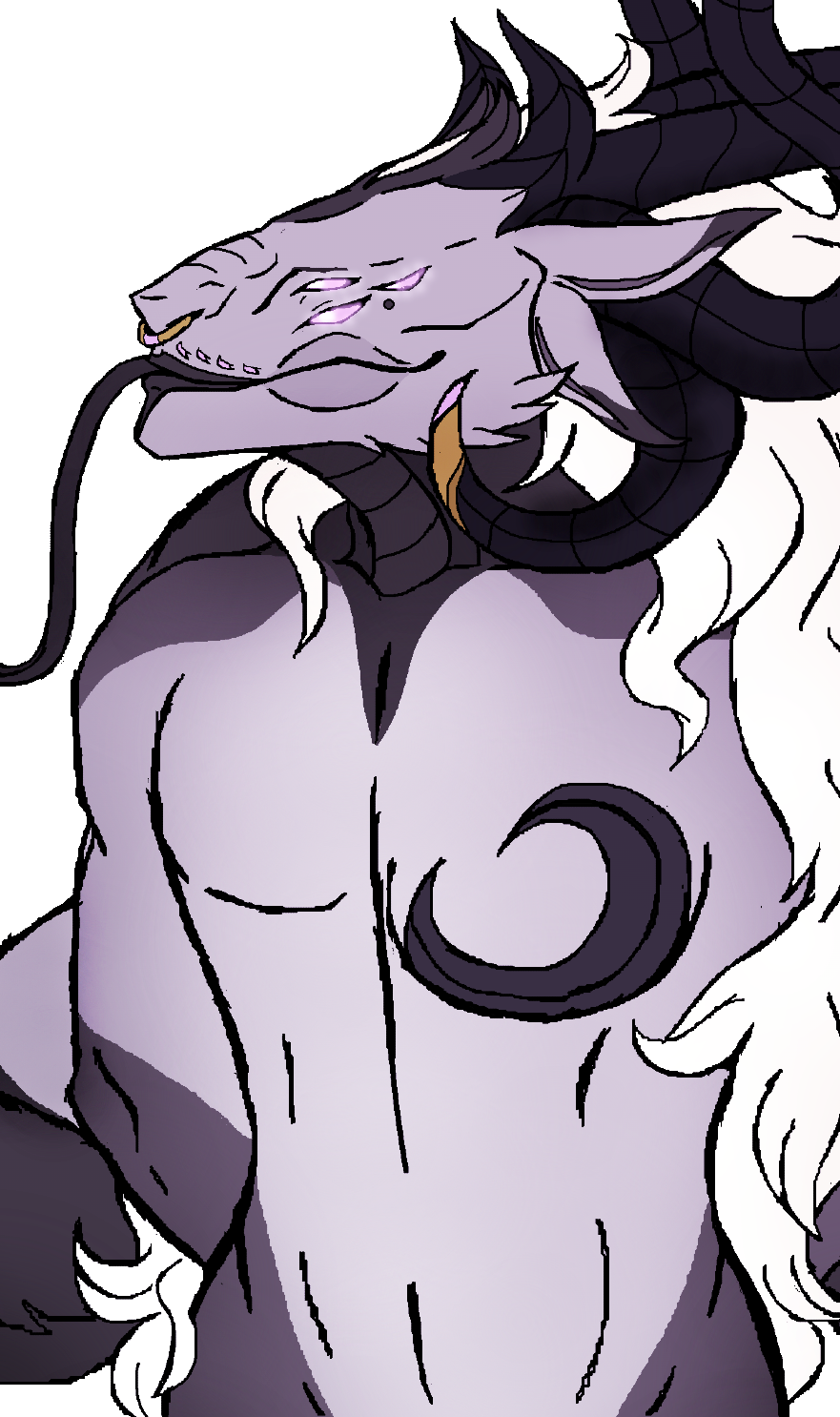 The Why Of The Design:

Since Slaanesh is the least depicted of the four, this design is mostly my own, although it is decently informed by lore (though I must remind: I'm not super concerned about lore accuracy). "Slaves to Darkness" describes Slaanesh as being "Male on one side, female on the other" as well as having "golden hair". I decided to make his hair gold-white, almost a Targaryen blond. Warhammer 3 depicts Slaanesh as a six armed being. Many sources describe him as "Youthful" ("Most often Slaanesh is portrayed as a youthful male, full of life and with an irresistible allure." - Tome of Excess); were he in a humanoid form, he'd probably be in his mid-20s. Slaanesh is often referred to as "the serpent" and his followers are likened to snakes a lot, which is the primary reason for his long face and wide, serpentine grin. Azazel is said to be the second most beautiful demon, so I took some cues from him while designing Slaanesh. Slaanesh is the "Oriental Cat" (long face) to Azazel's "Domestic Short Hair" (short face). His horns are Ibex inspired; the Ibex is a goat, animals that often represent virility, carnality in it's more questionable aspect, and of course, are heavily associated with demons. This is supposed to be a "default" form; as we know, Slaanesh is a shapeshifter. I wanted him to be more humanoid, relative to his brothers, but still monstrous relative to actual men and elves.Oh, and he can do this.

I always thought it was amusing, and somewhat disappointing, that almost all depictions of Slaanesh in fanworks are just...generic female sex demons. It's interesting, too, because the WH community on average seems to be much more interested in being lore-faithful than other communities I've been in. This is by far the most circulated image of Slaanesh in the community, to the point where many put it forth as canon. Hell, even I took inspiration from it for my Slaanesh's hair, because it is a gorgeous piece. But, with Slaanesh being referred to as a guy, "prince" "master (as opposed to mistress)", and "brother" (Notably, I don't think there are any official works that call Slaanesh "sister" or even the "brother-sister" of the other gods), you have to wonder why 99% of his depictions are just Standard Female Demon Design.

The answer to that question: It's because Slaanesh is a "pleasure god" which to many people translates to "woman" in direct opposition to most of the lore. CA really broke the mold by making Slaanesh a guy, I think, and so I'm going in a similar direction with my design instead of the beaten path.

All that being said, I am curious how the community will recieve my version of Slaanesh...
Tagged:
Flag 3 · 2Disagree 3Agree