This Guy has a Good Point + Over Powered Chaos 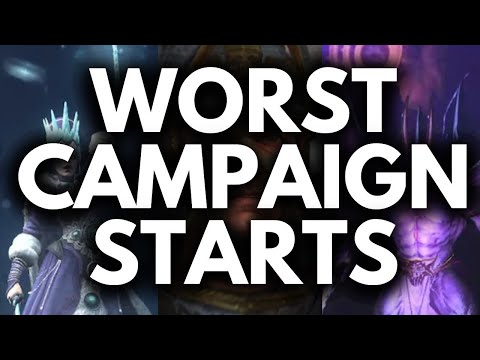 Festus should really be placed somewhere else.

Also, this is the same for both Immortal Empire Campaign and Realm of Chaos. The addition of Azazel causes the NPC Grand Cathey to fall way too fast. Since adding the new Lords, Chaos has gotten a bit too OP. It seems in general potentially friendly NPC factions are destined to be destroyed not long after the game begins. This is true in both campaigns. Valkia pretty much steamrolls the Kraka Drak dwarfs before you can bail them out no matter what. On a side note, I would love to have sold the Gianthome Mountains to Ironfist so he can use the Dwarf exclusive Strategic Location building chain; possible increase the quality of dwarfs I could use via the diplomacy mechanic. Sadly, I am prevented by the limitations placed on the Trade Settlement options.
Post edited by CA_Will#2514 on September 14
Tagged:
Flag 1 · Disagree 1Agree
Sign In or Register to comment.