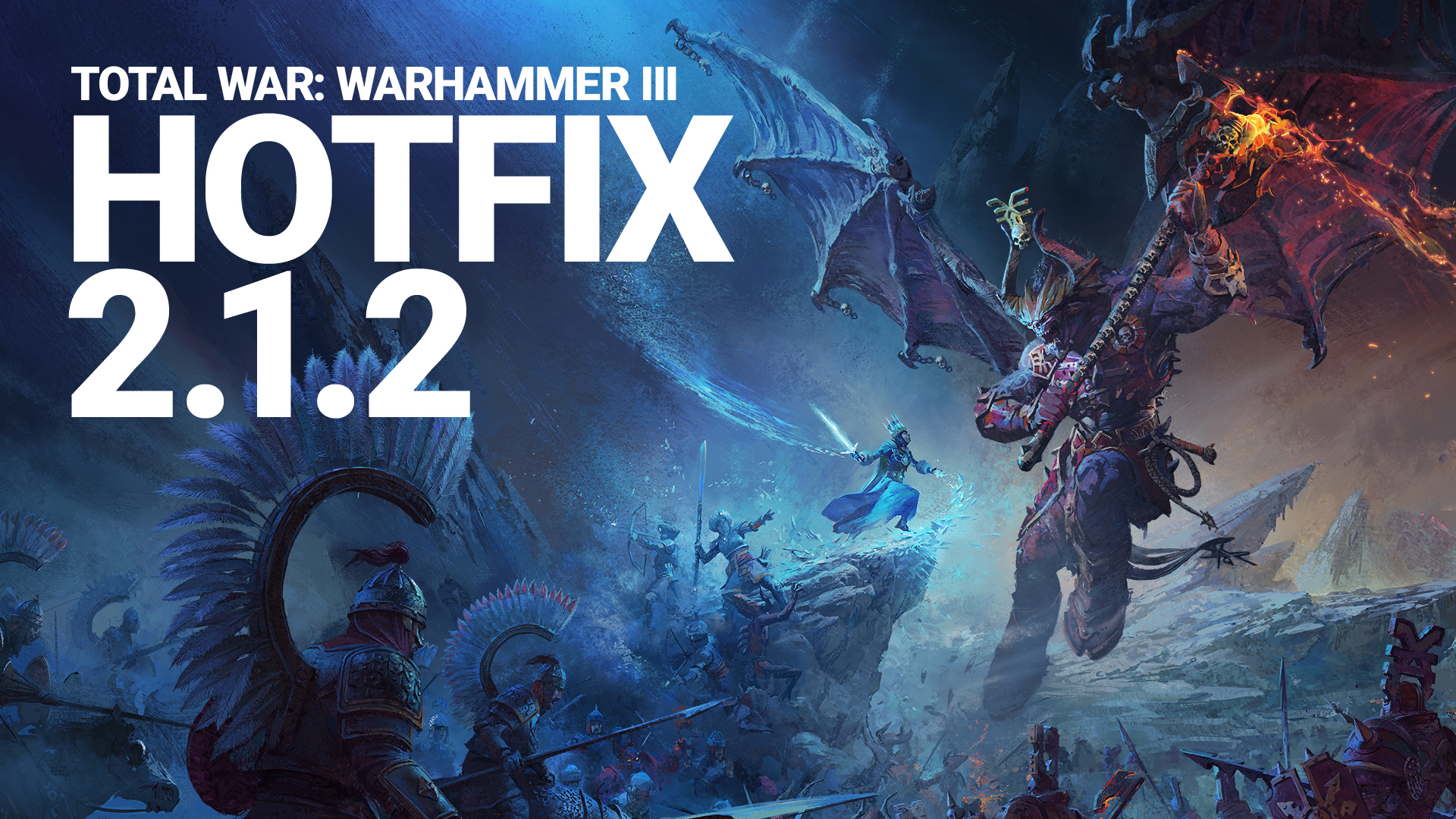 Today, we are releasing a small hotfix with a critical change for high-end Intel processors:

We’re aware of an 'end turn crash' issue impacting some players. Until a permanent fix arrives in Update 2.2, we’ve opened two Steam Beta branches which will allow you to roll back and play on an earlier build: We apologize for the inconvenience this causes and will have it fixed up as soon as possible!

Update 2.2 is currently targeting October 18 as its release date! This major update includes a wide variety of changes and fixes to several outstanding issues impacting players—in addition to new features based on ongoing player feedback—as you all dive into Total War: WARHAMMER III and Immortal Empires: Much more is on the way, so watch for the full release notes coming your way on October 18.
Flag 55 · 4Disagree 55Agree
«12»