Description:
After the last patch (2.2.1) for the game I noticed that Dark Fortresses located in Norsca region don't have any defensive systems (like walled settlement or minor settlement battles), they also don't have any way to create additional defenses (change the battle type for the settlement's defense). This problem is crucial for Warriors of Chaos, because their gameplay is based on independence from the settlements, which allows the player to play in a very aggressive way.

On the screenshots you could see that a Norscan major settlements has an attribute saying "adds defenses to the settlement" (which means it's able to have minor settlement battles), but the Dark Fortress doesn't have one, neither it has a "walled" pictogram. 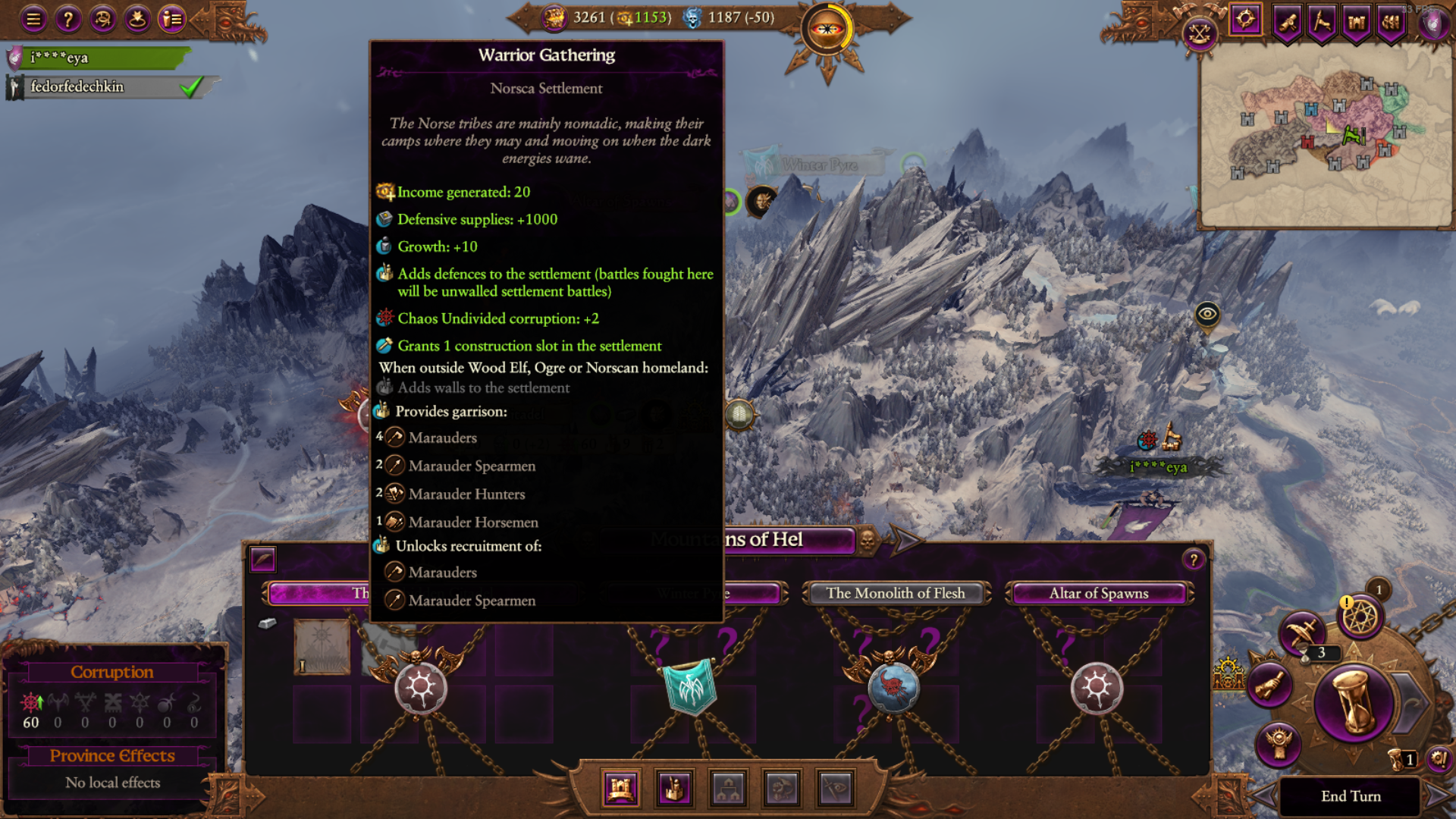 The situation was checked by me a few times:
1) The bug only happens, when Dark Fortress is located in Norscan homeland regions (probably the same happens for Ogre and Wood Elf homelands, but I didn't have a chance to check it out)
2) The bug causes players to defended their most valuable settlements in field battels, which dramatically decreases the defensive potential of the settlements