How do you fumble your post launch support this bad, 1 DLC in 15 months, no FLC apart from a LL that's model was already in the base game, also you can only access with IE so technically not free. What changed? The updates/patches are great, the bug fixes are awesome but these are necessary and expected when you release something with so many broken systems.

Nobody cares about RoR packs, they were fine at first but now they have just become a curse. We have enough RoRs in the base roster now! You’re gonna sell DLC with RoRs anyway, so this is pointless.

Why is this being applauded? It’s the exact same system as WH2 but with more races. Lots of aggressive armies spawn…
Does the Al have an actual objective apart from smash the world? Are they fighting towards a specific settlement/goal while you are trying to defend it or else? Nope they are just beat sticks.

Was this level of FLC support planned when you released WH3? Awhile ago I compared the Warhammer titles post launch FLC support, I have now updated it. 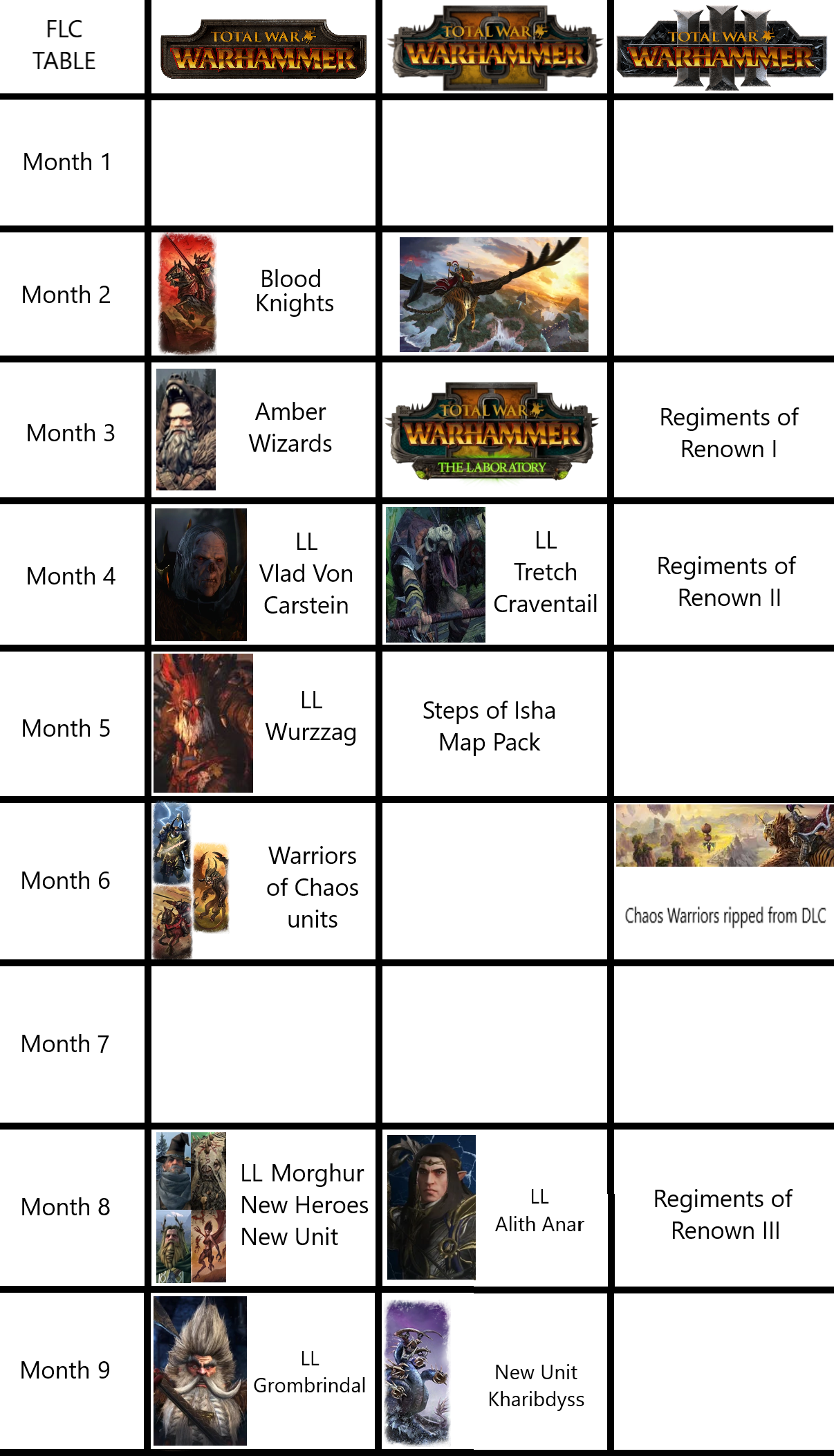 Does CA not think that FLC don’t equate to sales and player numbers, FLC is an investment. I also felt the latest DLC was overpriced and over-appreciated. The majority of its content was built off a 2015 Pre-order DLC for half the price.

Before Chaos Dwarfs eventually come out next year, we could be right back in the same player count position we were before Immortal Empires dropped. That is an awful way to continue support for your flagship game and the only game CA has put out in 2 years.
Post edited by dge1 on November 2022
Flag 43 · 12Disagree 43Agree
«12»