2) Oxyotl appears to be immune to most Attrition. This is not mentioned anywhere in faction or lord abilities before or during the game as far as I can tell.

3) +50% armor piercing damage for skinks (Lords army) is listed under campaign effects instead of battle effects.

4) Text error on "Visions of the Old Ones". Showing place holder text for Region Title/Description for 'Destroy settlement' mission to "The Crystal Spires". Also the "zoom" button is shifted, but that is probably because the placeholder is slightly too long. 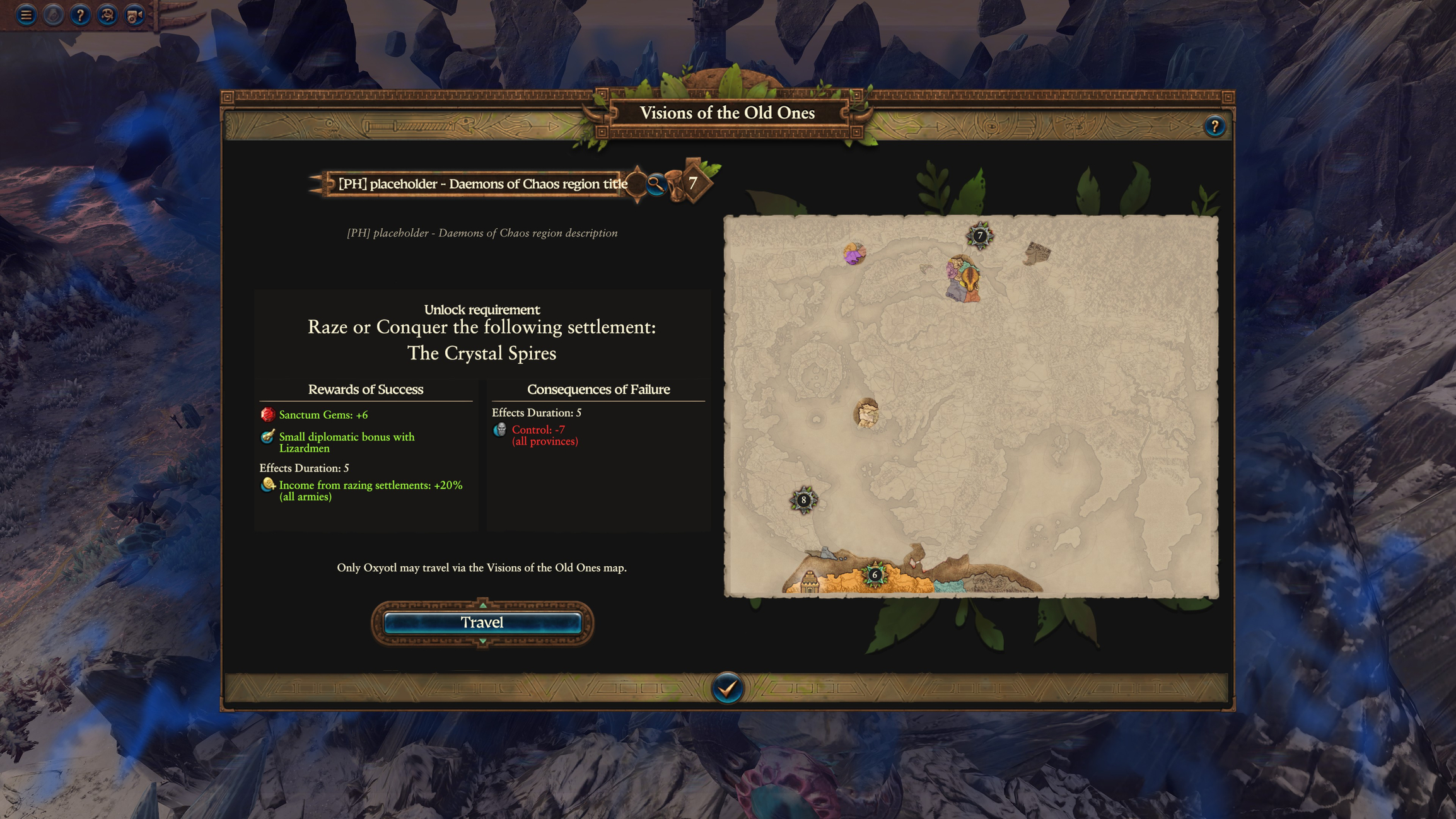