CA_Whelan Posts: 681Registered Users, Moderators, Administrators, CA Staff, Community Team
September 2017 edited September 2017 in General Discussion
The Greatest living Slann Mage-Priest sets out on his conquest of the New World in this Total War: WARHAMMER II Let's Play. Join Al Bickham controlling Hexoatl as he shows off some of the unique mechanics that the Lizardmen bring to the fold including the Geomantic Web and the powerful Blessed Spawnings. 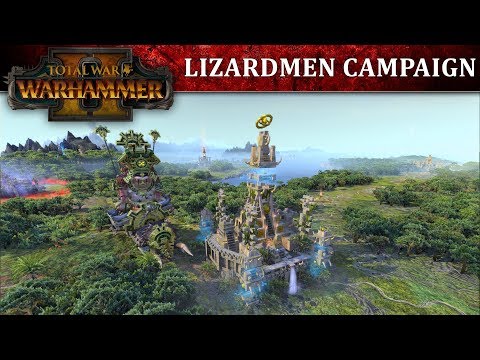