Bug with Ruined Settlements - half my units being killed

Blueeyesgirl3 Registered Users Posts: 285
November 2017 edited November 2017 in Campaign & Battle Bugs
Hi there, I've been getting this bug since release day with absolutely no way of knowing what's causing it. I was hoping the ME update would fix it but it's still here, and with Norsca on the way I can't let this continue, as 90% of their playstyle is razing and then occupying ruins.

So, whenever I send an army to a ruin and occupy it or do a treasure hunt, I will suddenly lose half of the models of each unit and then have to spend several turns regenerating the entire army before I use it again - that is, if my enemies don't take advantage of this and wipe me out.

In the early game this doesn't cause much of an issue, but as the game stretches into the triple digit turns I have to avoid ruined settlements completely as I can't risk having my 20 stacks compromised. I know the obvious solution would be to have a lord especially for treasure hunting/occupying but I mostly can't afford that during my campaigns. Plus, I shouldn't have to make up workarounds like that, it just shouldn't happen.

It also only happens with units with multiple models, but doesn't happen to single models. It also seems to remove the same amount each time, almost like it's deliberate? Also it happens in both Vortex and ME campaigns.

I quickly fired up a Kroq-gar campaign to recreate the bug but it does happen with ALL races. I had no mods enabled during this campaign. Here's a screenshot of what happens: 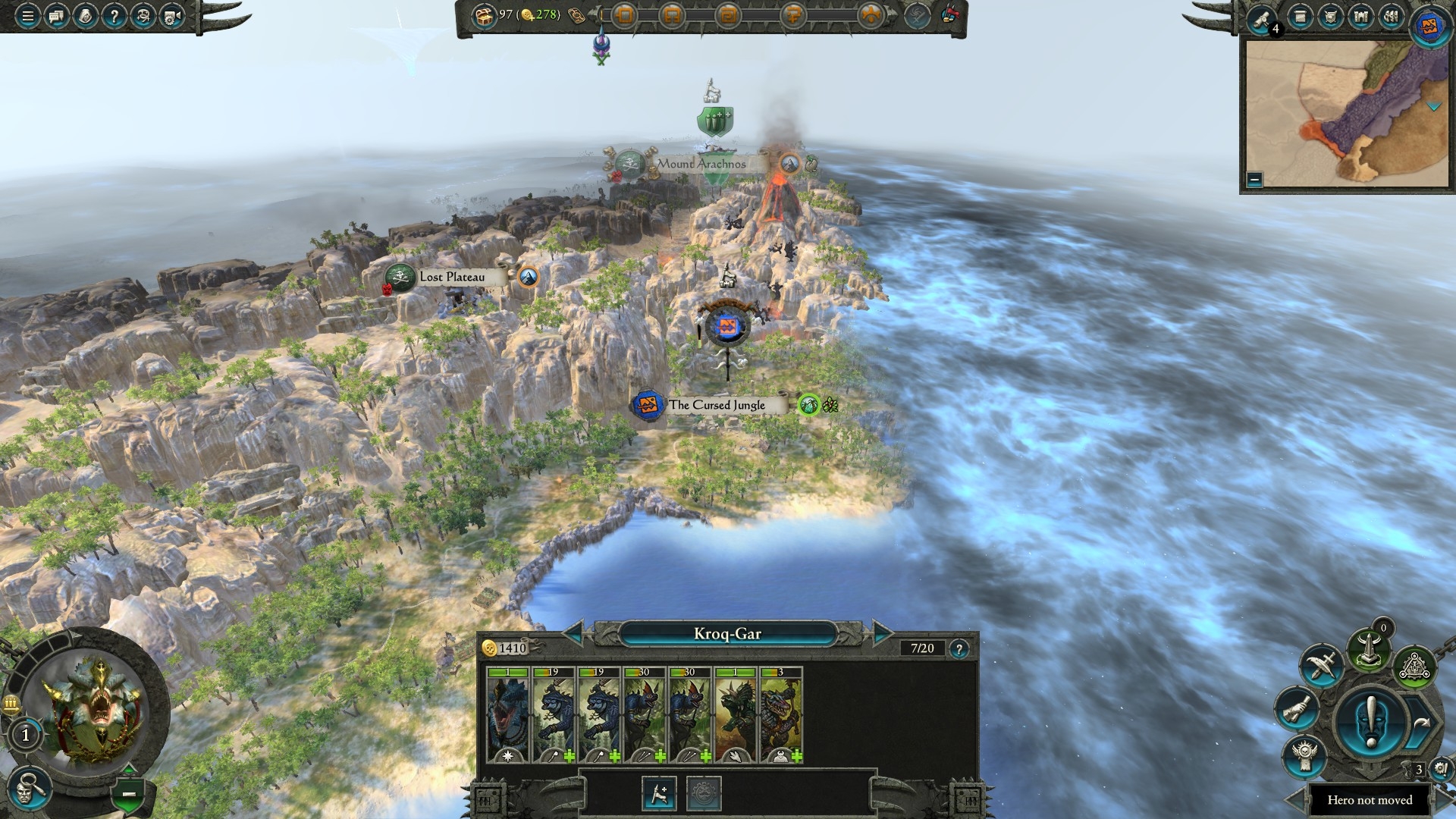 I've attached the save file and saved it right in front of a ruin at the start of Kroq-gar's campaign - simply take Kroq-gar and occupy the settlement, half his units should disappear and start regenerating inside the newly acquired city.

I noticed that this happens in official streams as well, is this actually deliberate?
Team Lizardmen
Post edited by Blueeyesgirl3 on November 2017
Last Defenders 350070329.save 5.4M
Tagged:
Flag 0 · Like