Ditch History Buffs! I want everything there is!

RazeAndBurn Posts: 82Registered Users
December 2017 in Rants and Raves
So instead of going for another specific time period and theatre of war how about we mash up together every culture from every time period up to the end of 16th century and rework strategical map to be roughly inspired by the real world but tailored towards gameplay means.

Forming a trinity on a map: 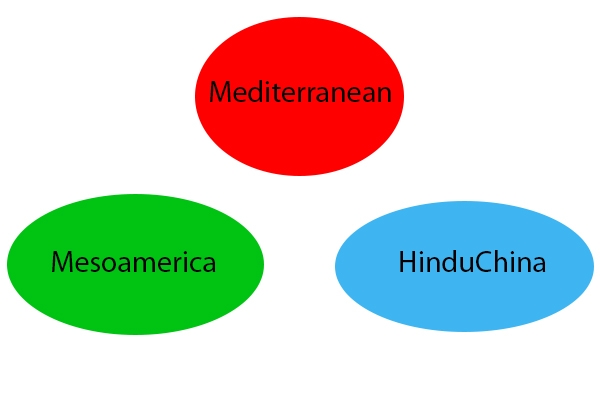 - All of the civilizations exist at the same time on the same map.
- No vast empty expanses of deserts, mountaines or sea, unless they separate civilizations apart.
- Important trade routes exist between civilizations in different regions.

Here's a list of some cultures and their defining struggles:

1. Roman Empire(or Republic).
- Emperor has to share the power with the Senate.
- Super wealthy Patricians fight over positions in the Senate(RTW).
- Ever-impoverishing citizens fight for their rights through Tribunes(RTW).
- Slave Rebellions.
- Barbarian intrusions.

2. Holy Roman Empire with elected Emperor and Papacy.
- Kurfursts elect the new Emperor once the old one dies.
- Constant infightings between different duchies and kingdoms.
- Pope intereferes all the time like he did in M2TW.

3. Feudal Kingdoms where no one ruler controls a big standing army but rather relies on vassals to joing the war effort.
- Each lord wants to be the first among equal and become the King.
- Rise of Absolutism in France.
- Unification of the British Isles which are part Pagan.
- Violent Christianisation of Poland with the help of Crusading Orders.

4. Pagan Barbarian Clans and Kingdoms.
- Slavic clans and kingdoms ressist Christinisation in Poland.
- Novgorod Trade Republic opposes Crusaders and tries to unify Slavic Kingdoms.
- Germanic clans try to form a Confederacy that could stand against the Feudal Kingdoms and free their cousins from the tyranny of privelleged lords and knights. Wodin says: "Every man's a fighter not a serf!"
- Vikings raid Northern coastlines and try to assemble a Great Heathen Army to carve out a new Kingdom somewhere on the mainland.
- Celts are trying to survive on the British Isles. On the mainland they flee from the Steppe Hordes.

5. Free City States.
- Athenes with their Democracy.
- Trade Republics of Genoa and Venice.
- Carthage/Volantis with the noble families split into two factions: Tigers(Spartans) and Elephants(Traders).
- Free City of Braavos run by escaped slaves with Spartacus as founding father.
- All of them fight over trade routes with Hindu and America. Some of them fight over a patch of land called "Disputed Lands" where whole armies of mercenaries thrive.
- Rise of Colonialism as means to compete with the bigger Empires.

6. Egypt and Mesopotamia.
- Upper Helenistic Egypt at war with the traditional Lower Egypt.
- Great Exodus of Jews and founding of Israel.
- War of Successor States after the death of Alexander the Great.
- An ever-resurging Parthian Empire rises under the feet of squabling conquerors to throw them back into the sea.

7. Hindu/Turk Region.
- Kushan syncretic empire controls the Great Silk Road to China and India.
- Afghan mountains where conquerors of all sorts meet "the Stone".
- Whatever ancient/medieval Indians are up to.

10. Steppe Tribes
- Genghis Khan/Attila/Muhammad all rolled into one unites the tribes and assembles the Horde to spread the teaching of Confucius which he adepts after successful conquest of Northern China.
- Scythians/Alans flee the Horde and invade into Celtic lands, Celts flee and invade into Roman lands.

11. Mesoamerica.
- Whatever ancient/medieval Incas/Aztecs/Maya are up to.
- American Indian tribes are forced to unite under the threat of conquest from the South by Aztecs, and from across the Great Sea by the colonies of Vikings and numerous City States. Some chose to colloborate with invaders.

12. Africa.
- Whatever ancient/medieval African tribes and kingdoms are up to. Sturggle against colonialism?


And all of these struggles start at the beginning of the campaign. That way we'd be able to pit Knights vs Legionaries, Vikings vs Aztecs, Samurais vs Indian War Elephants and so one and so forth.

At the same time every civilization/culture pursues its' own goal apart from conquering the whole world. Which adds its' unique flavor, despite all of them being mere humans.

Sorry for my lack of knowledge about non-European history, if you have ideas about civilizations in those regions or you think that I've forgotten someone post them!
Tagged:
Flag 0 · Like