Vote for your favourite Total War era in the Summer Cup! 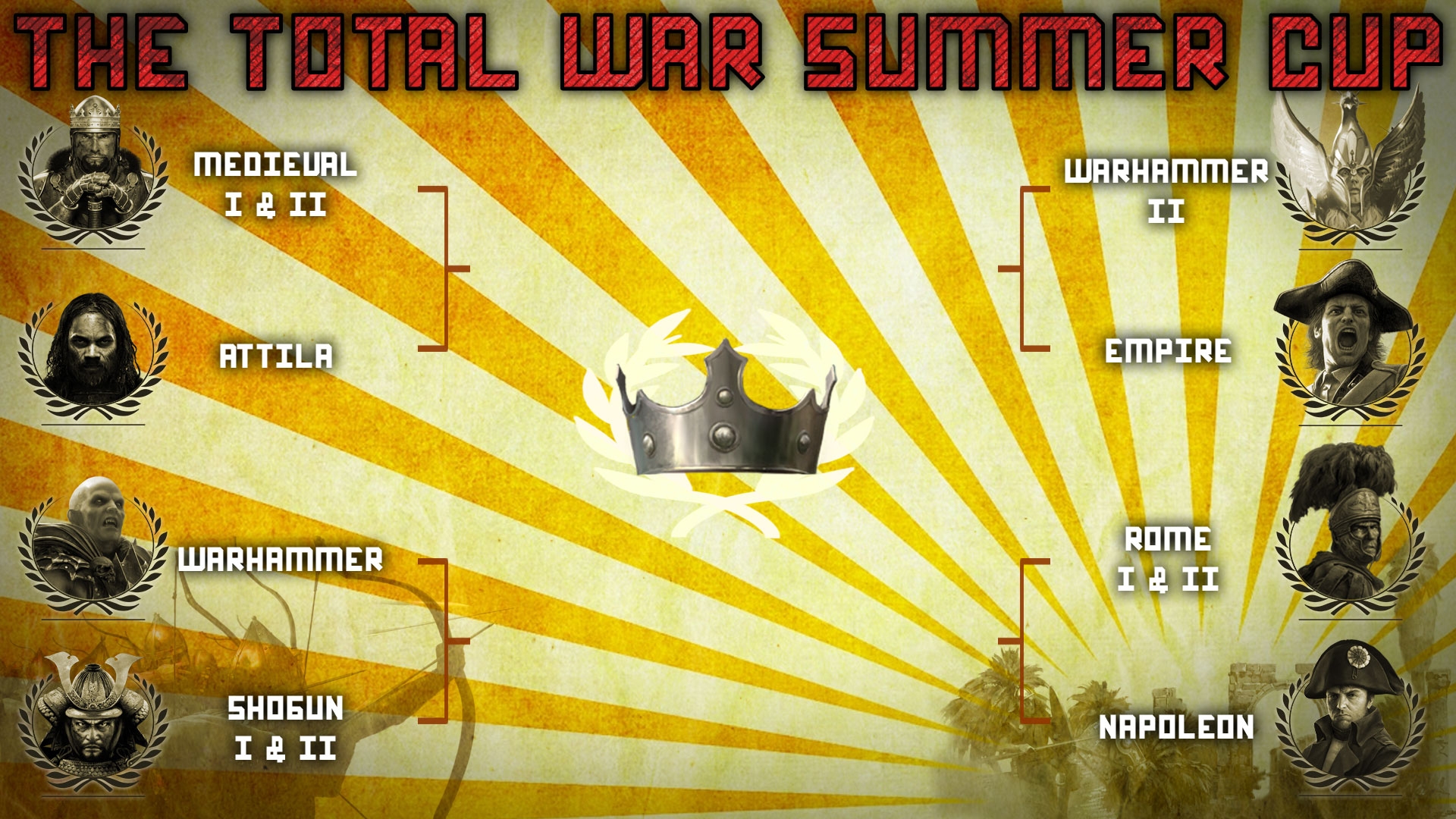 In case you missed it, we're launching the Steam Summer Sale by pitting some of our best titles against each other in a bid to find the most popular Total War era.

The Summer Cup begins with ROME I and II vs. Napoleon: Total War - are you Na-pro-leon, or do you think there's no place like ROME?