I'm absolutely excited about the work you are doing. Keep it up! However I have found some UI bugs that should be fixed 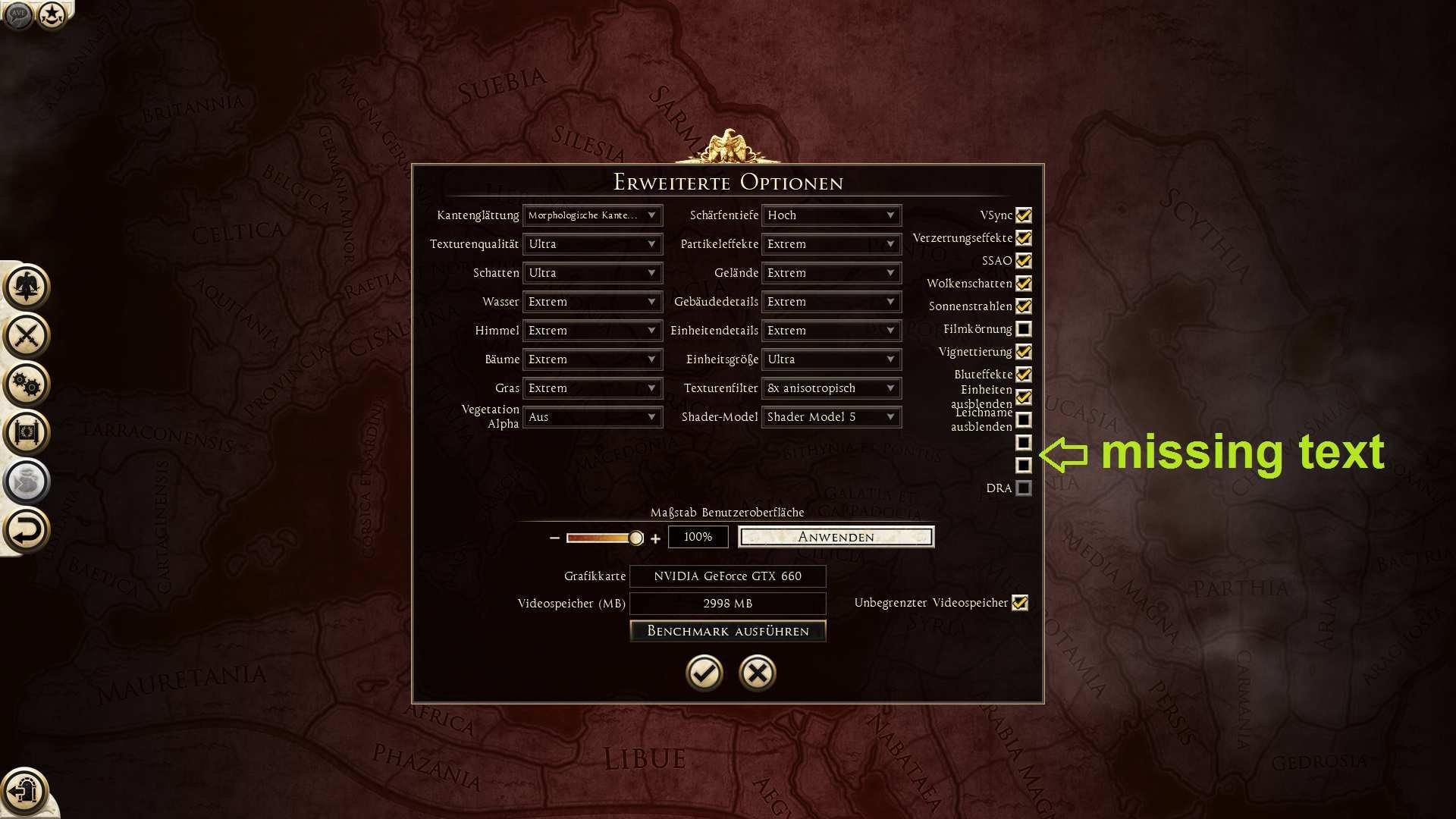 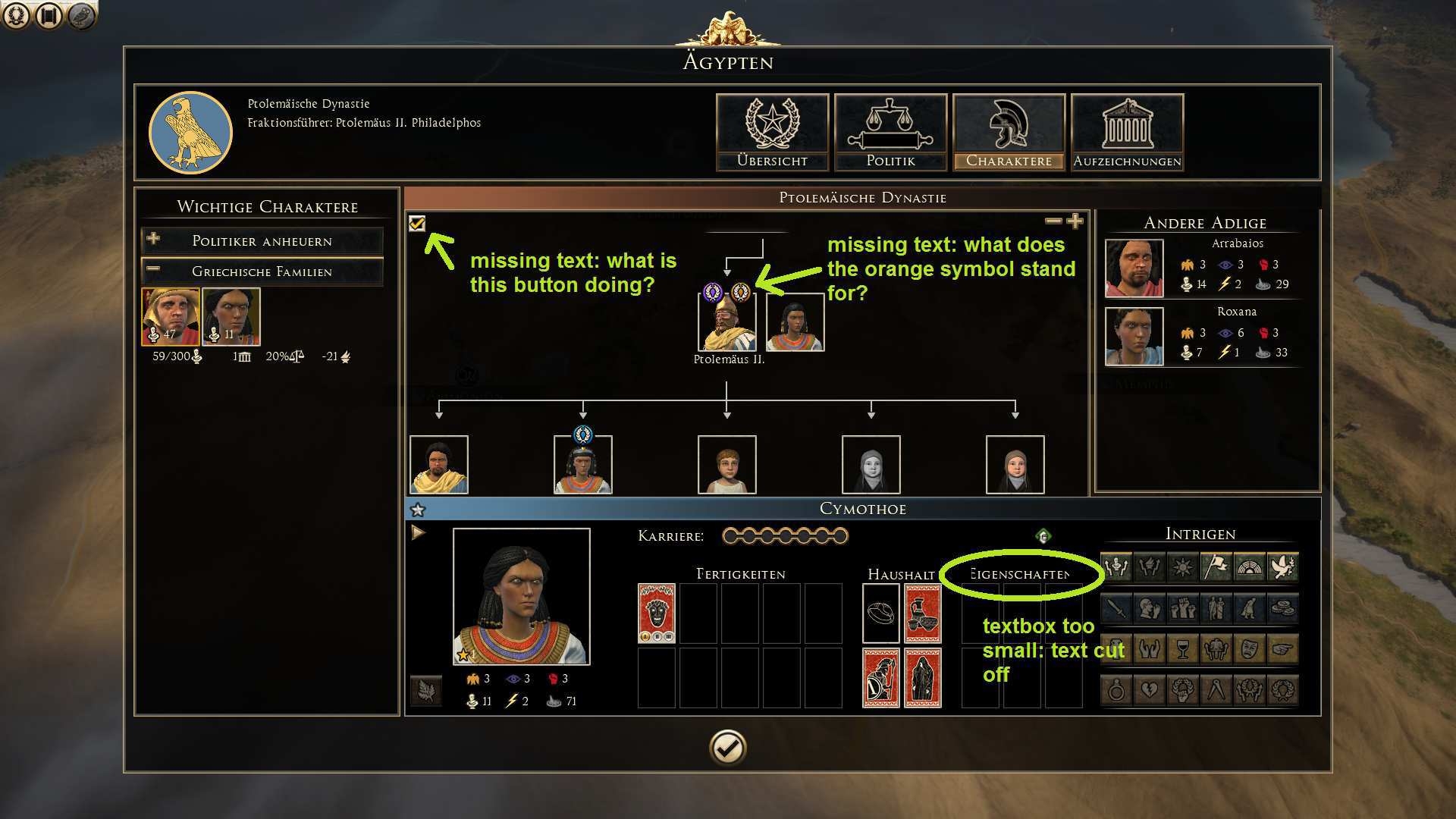 1) I'm not sure, what the checkbox in the upper left corner does. A tooltip is missing saying what it is for.
2) Orange symbol: when you hover your mouse over them, the purple and blue symbol above the character portrait have a tooltip saying what they stand for (faction leader = purple and heir = blue). This is missing for the orange symbol so I've got no clue what it means
3) the textbox for traits is too short in german: First and last caracter are cut off 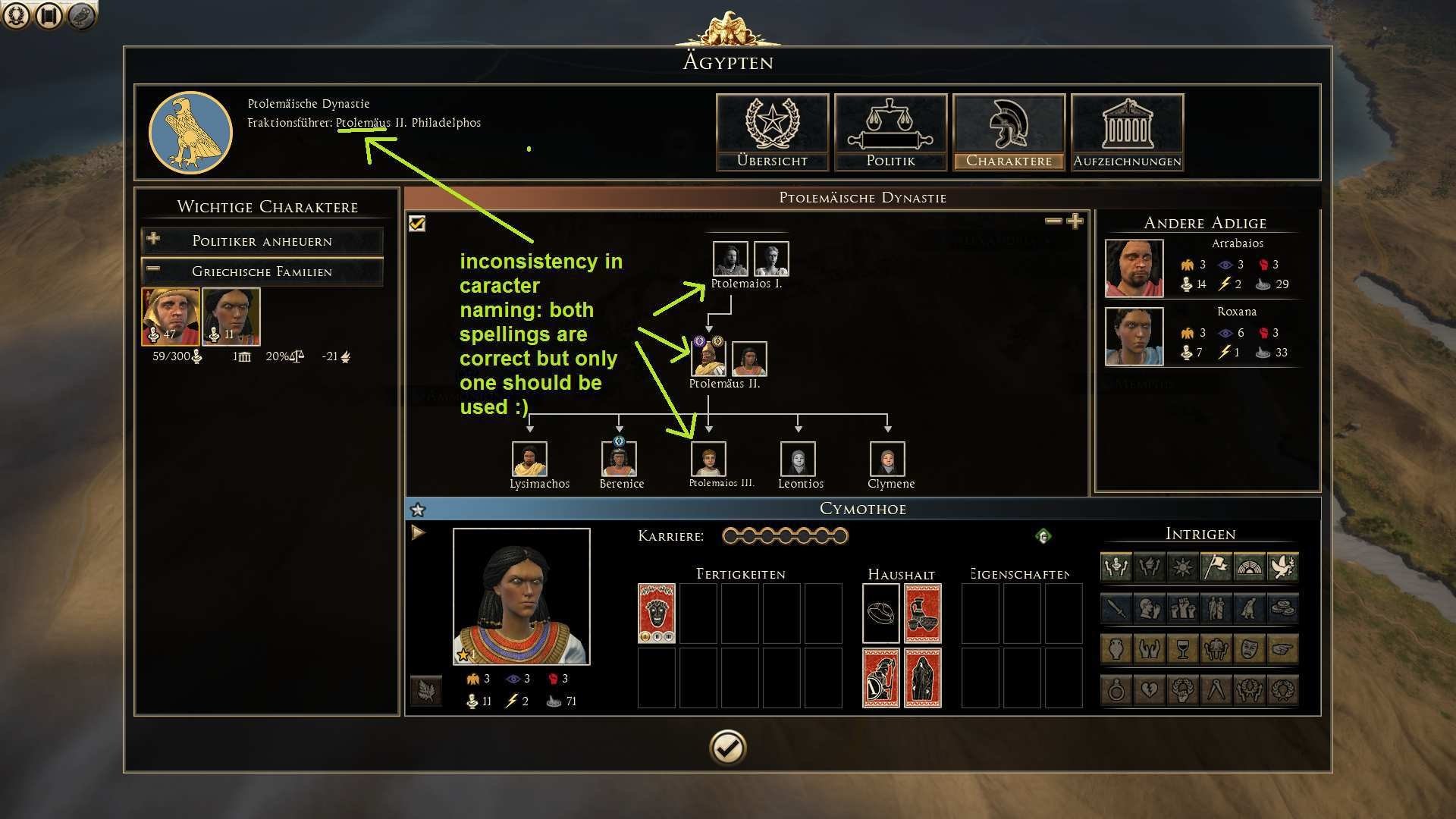 The starting faction leader for Egypt ist named Ptolemäus II. However, his father and son are both named Ptolemaios. Both spellings are correct but it would be nice to use only one.